MMS Ventures targets up to 20% sales growth in 1HFY16 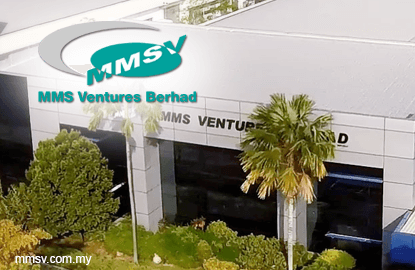 BAYAN LEPAS (April 27): ACE-market listed MMS Ventures Bhd, which is primarily involved in the design and manufacturing of light emitting diode (LED) testers, is targeting a sales growth of between 10% and 20% for the first half of its financial year ending June 30, 2016 (1HFY16).

According to MMS Venture chairman and chief executive officer Sia Teik Keat, the group is banking on its automotive sector to drive its sales growth in 1HFY16.

"In the automotive sector, we build the machines for our customers who are LED makers such as OSRAM and Lumileds, to inspect and test the quality of automotive parts which have LED functions, for example the tail lights and headlights of vehicles.

However, as the first and fourth quarters are generally the "softer quarters" for the company, Sia said, the first quarter ended March 31, 2016 (1QFY16) was a soft quarter.

"Most of our customers are on planning mode during these quarters, so they are generally the softer quarters for us," he said.

He shared that the group's principal activities are divided into three core segments: general lighting, automotive and smart devices.

Sia shared that approximately 60% of MMS Venture's customers are from the overseas markets, mainly the US and Europe while the remaining 40% are locally-based multinational corporations (MNCs).

"With the majority of our customer base being in the overseas market, we do [enjoy forex gains] when there is an appreciation of the US dollar and vice versa when the ringgit strengthens, but we also have our local MNCs sales which are in ringgit so it balances (out) for us," said Sia.

He added that the company's diverse segment base is an advantage to the company.

The group has also been reported to be eyeing a transfer to the main market of Bursa Malaysia. However, Sia declined to provide a timeline for this.

"At this juncture, all I can say (is) we have met the requirements for the transfer, and we are working towards it," he said.

At noon market close today, MMS Ventures shares were down one sen or 1.9% at 51.5 sen for a market capitalisation of RM83.03 million.