More can be done to lighten taxpayers’ burden

THE implementation of the Goods and Services Tax (GST) next April will usher in a new tax regime for Malaysia that will also see tax rates for individuals and corporations reduced. However, it remains to be seen whether these reforms are sufficient to alleviate the tax burden of a typical taxpaying Malaysian.

When Prime Minister Datuk Seri Najib Razak reiterated in his Budget 2015 speech that individual tax rates will be reduced by between 1% and 3% for the year of assessment (YA) 2015, many must have heaved a sigh of relief.

The reduction is expected to take 300,000 taxpayers out of the system, Najib said in his speech. In 2013, there were around 1.7 million taxpayers in Malaysia.

The government will also restructure the income tax band where chargeable income subject to a maximum rate of 25% will be increased to RM400,000. Previously, the maximum tax rate was 26% for those with chargeable income of RM100,000 and above.

Tax consultants applaud these first steps taken by the government in reforming the tax system but opine that there is room for improvement. 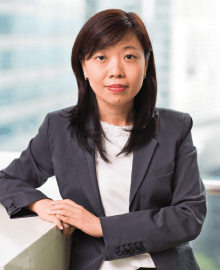 “In the current system, our analysis shows that tax is triggered at a gross monthly income of RM4,000 — this assumes a married individual with two children. In YA 2015, tax will be triggered at RM4,400 but a RM400 difference is insignificant,” says Hilda Liow, executive director of PwC International Assignment Services Sdn Bhd.

“This means that under our progressive tax system, the middle-income group still has to pay maximum rates of 24% to 25% at a low chargeable income threshold of RM100,000,” Liow points out.

EY Malaysia human capital tax services partner Irene Ang says it is important for the government to be more progressive in managing the personal income tax system as GST comes into effect next year.

Measures like tax reductions and incentives, she says, will help alleviate the rising cost of living and impact of GST on households, especially the middle-income group, who represent the majority of taxpayers in the nation. 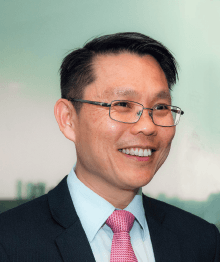 Deloitte Malaysia tax leader Yee Wing Peng hopes the maximum personal tax rate will be brought down to between 20% and 22% over the next three to five years as GST takes effect. He says the government should consider increasing tax relief and deductions to cushion the impact of escalating costs and subsidy rationalisation.

“I would encourage the government to look at bolder reforms and more expansionary measures, for example the simplification of the tax system and making relief more meaningful to taxpayers. Trivial tax relief, such as RM300 for the purchase of sports equipment, doesn’t go very far in terms of putting money back into a taxpayer’s pocket,” he remarks.

Liow concurs. “More substantive and sustainable relief could be given by way of grouping some of the smaller and more insignificant relief into broad categories, such as aged parents, personal enhancements and healthcare, and doing away with relief that is not efficient to control and monitor,” she says.

Competitive personal tax rates are perceived as among the main factors for retaining talent. This should become even more important as Malaysia steers towards a service-based economy.

Currently, the highest personal tax band for Singapore and Hong Kong is 20% and 17% respectively while Malaysia will top the chart with 25% after a 1% reduction in 2015.

However, Malaysia can find solace in the fact that its effective rates for YA 2015 are better than those of China, Thailand and Australia. 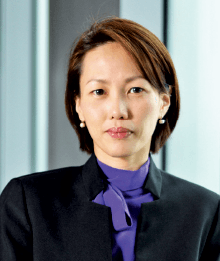 While there are competitive incentives to attract and keep talent locally, like the Returning Expert Programme that offers an optional flat rate of 15% for five years, she believes they need to be enhanced.

Deloitte’s Yee adds, “While these incentives seem attractive, they are limited in terms of application as they only apply to certain classes of taxpayers. The government may wish to consider broadening the scope of such incentives to include other economic corridors, like the Sarawak Corridor of Renewable Energy and Sabah Development Corridor, as it is even harder to attract talent to these areas.”

Nevertheless, as Ang rightly points out, such programmes should also be considered for individuals who are already working in Malaysia as part of the talent retention strategy.