My First Home: A family home within multicultural Medan Damansara 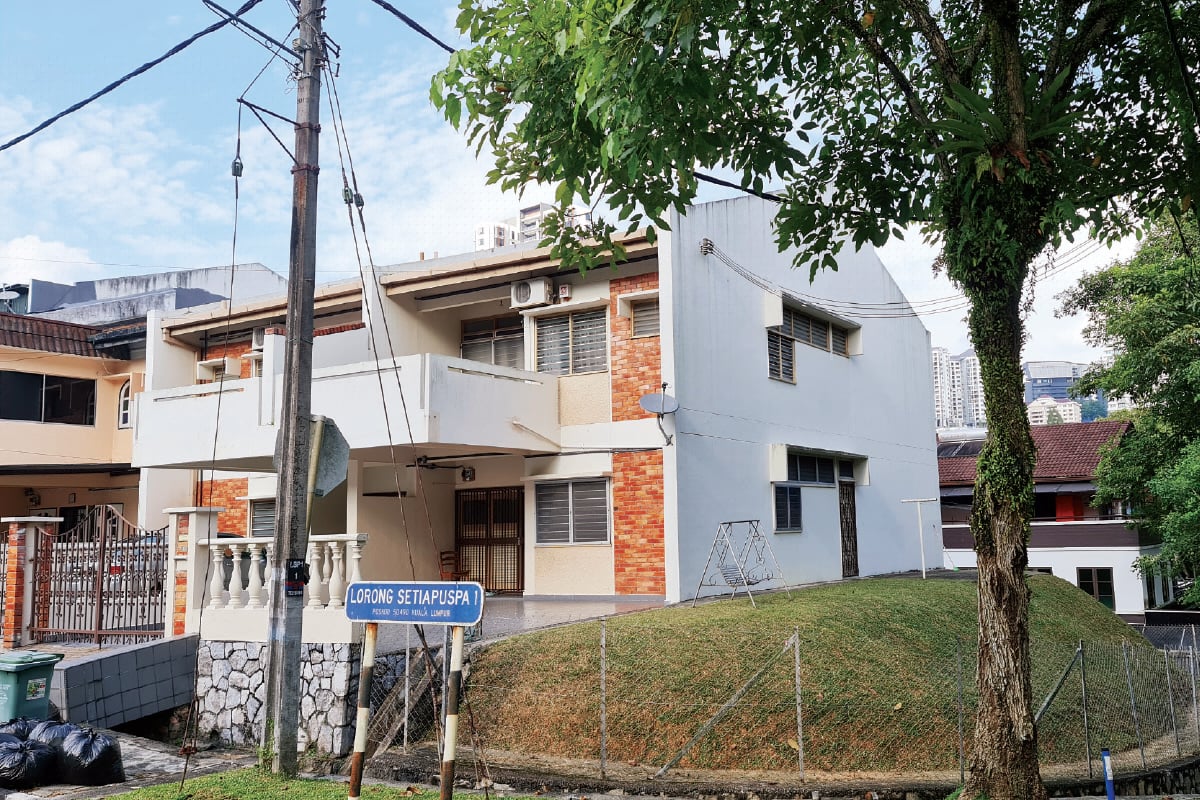 For 85-year-old Dr A Jeyaretna, buying his first home in Medan Damansara in December 1973 was a special moment for the then bachelor.

A retired teacher, he started teaching in 1956 and had taught in many educational institutions, including Victoria Institution. He took some years off here and there from teaching to further his studies. He took up his last post, teaching English and Economics at HELP University, when he was 60 and continued until he was 82. Today, he is kept busy in his role as president of the Medan Damansara Residents’ Association.

The first house Jeyaretna bought, and where he is still staying, was a corner lot on Lorong Setiapuspa 1. He paid RM38,000 for it. According to him, intermediate units were selling for RM30,000 at the time. He shares his experience of buying and living in his first home all these years and how that has made him a happy and contented man.

What was the experience of buying your first home like?

It was nice to own my own house. All this while, I had been staying in government quarters. And I was very happy because my father and mother also stayed here. Actually, I wanted the first house on Lorong Setiapuspa 4, which was up the hill, but when my parents alighted from the bus and walked up, they said it was too steep for them, so I changed to the house where I am living in now.

Also, I chose this house because as an economics lecturer, I looked at the location. Location, location, location — this is important when you buy a house. The other thing is whether it is freehold or leasehold. The value is different. It is always good to buy freehold land.

Another thing was that this scheme was meant for government servants only. It was developed by SPPK, or Syarikat Perumahan Pegawai Kerajaan. And the price was so low. Even at that time, RM30,000 was cheap. What also attracted me to this area was the multiracial mix — you have Malay, Chinese and ­Indians living here.

This area is also the midpoint between KL and PJ. And the amenities, such as a primary school my son went to, are nearby. Tanglin hospital is also nearby. Furthermore, when I first moved in, the shophouses here provided all I needed, before the restaurants and other shops came in. You could buy rice, vegetables and so many other things. There was also a hair stylist. And OCBC Bank moved in as well. It was all very [convenient] for me.

Furthermore, the water from heavy rain does not come into my house as it runs down the slight incline. It is a very nice location. What are your fondest and happiest memories in this house?

And to have them with me, I was happy. As the only son, I was happy that I could give them a house of their own. My sisters also stayed here (I have five, and four stayed with me in the early days). It was a family home.

What has been the biggest benefit of buying your first home?

The fact that I had a roof over my head was a very consoling fact. Living in a rented home [at the whim of] the landlord, I don’t think is a happy way of living.

Residential properties in the neighbourhood continue to attract interest

Medan Damansara is a location that continues to draw interest. According to Aegis Property director Shawn Fernandez, Medan Damansara’s boundaries are demarcated by Jalan Beluntas, Jalan Setiapuspa and Jalan Kasah, right up to the northern boundary of Jalan Setiabistari. The eastern boundary is demarcated by Jalan Johar and the Hong Leong Bank buildings.

He adds that the area was developed in the mid-to-late 1970s by SPPK, or Syarikat Perumahan Pegawai Kerajaan — the forerunner to Island & Peninsular — as a new suburb for young families. He notes that Medan Damansara land is freehold.

The houses here are mainly 2-storey terraced houses with four bedrooms — three bedrooms and two bathrooms upstairs, and one bedroom and one bathroom downstairs.

“The plot sizes of these houses were quite generous, with an average size of 24ft by 80ft, with the exception of the houses on Jalan Setiapuspa, which have a longer depth of 100ft,” says Fernandez.

“Today, those same intermediate homes — in their original layout with no major renovations — are being sold at an average price of RM1.4 million. “I expect the [yields] to go up within the next few years, but as capital values will increase too, the yields are likely to remain the same,” he says.

“Medan Damansara sits within a very attractive location as it is a mere 15 minutes away from several areas, such as Bangsar, Petaling Jaya, Mont’Kiara and Kuala Lumpur,” says Fernandez.

“The area is also within easy reach of major highways like the North-South Expressway, DUKE Highway and the Federal Highway. Within the neighbourhood, there are several banks, restaurants, supermarkets and an upcoming mall. There are several corporate offices nearby and two MRT stations — Semantan and Pusat Bandar Damansara.

“The amenities in the area have changed significantly over the years, from a simple playground and mom-and-pop shops of the 1970s to high-end restaurants, cafés, banks, commercial office space and even malls. The neighbourhood has a vastly different feel from the decades past. It is a much more upmarket area with far greater accessibility and more modern homes.”

As the surrounding areas become more developed, Fernandez believes this will be a catalyst for the area.

“Homes within Medan Damansara will continue to see appreciation and greater demand in the near future. The Pavilion Damansara Mall and Corporate Towers will be a major catalyst for increased demand within the area. The corporate towers will bring a different class of corporate occupants, who will be interested in looking for homes close to where they work,” he notes.