My Say: Big power competition in Southeast Asia may not be all that bad 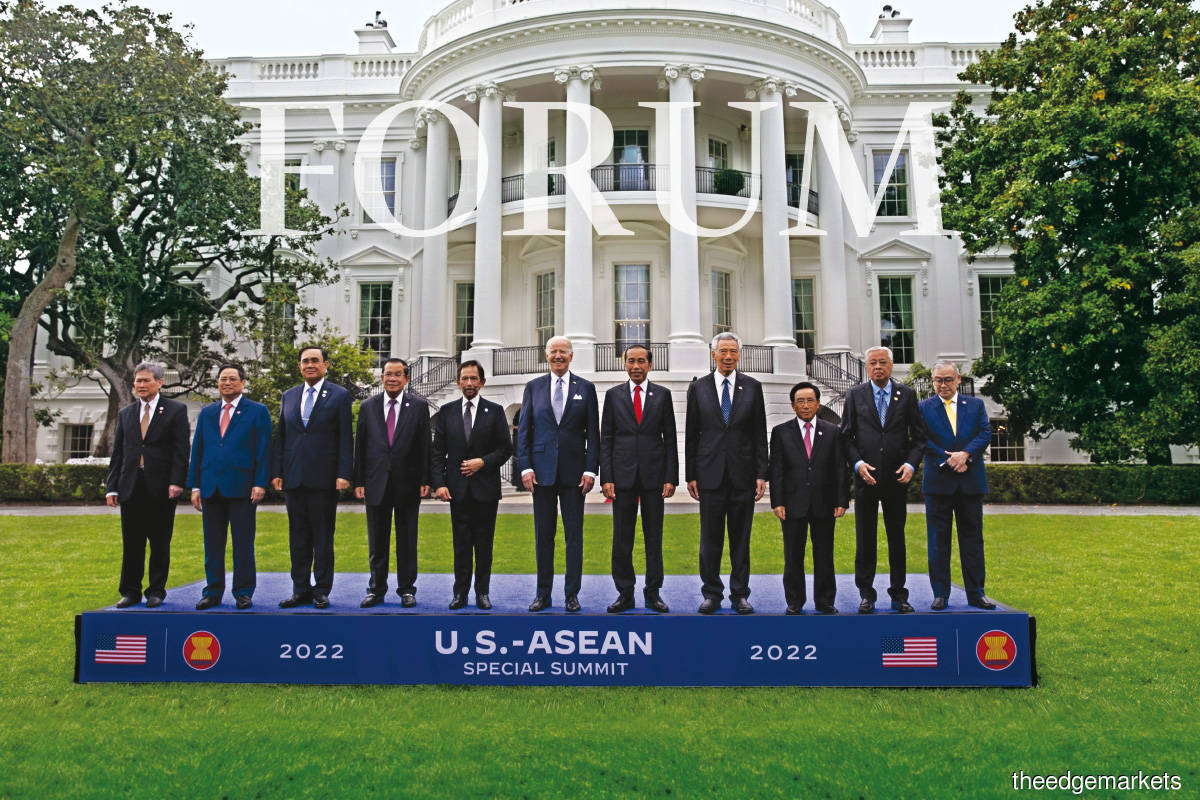 At the US-Asean Special Summit, Biden promised Southeast Asian leaders US$150 million in assistance, but somehow, the US will have to improve its offerings to Asean or lose out. The competition between the US and China will therefore deliver better benefits to the region.

Almost three months into the Russia-Ukraine conflict there remain many uncertainties, but some trends that our region will have to deal with are becoming clear. It will be a troubled time for less powerful countries, including those in Southeast Asia: Expect a hardening of big power hostility against each other; growing insecurity for other nations as the big powers raise their military profiles in the regional backyard; and a higher chance that political tussles will create economic challenges such as protectionism and inward-looking policies.

But as the Western bloc led by the US and the opposing bloc centred around China each pursue their game plans to outdo the other, there will be opportunities as well as headaches for us in the region. How our neighbourhood fares in the end will depend on regional leaders having the wisdom to ensure a more unified regional response.

The region faces a harsher world

The impact of war in Eastern Europe goes beyond just a conflict involving a US-Europe alliance against Russia. It has crystallised a series of manageable scuffles between the US and China over trade, intellectual property and military positioning into what is likely to be a prolonged contest for supremacy in the world. Thus, each bloc will pursue strategies to strengthen their defences and keep their adversaries at bay, including the following:

What should Asean members then expect?

First, each of the blocs will step up efforts to win over countries in the region. The recent US-Asean Special Summit is an example — indeed, how that event went tells us something about the state of affairs the region should prepare for.

On the other hand, we believe that China will exploit the US weakness in the economic sphere. It would not surprise us to see a revised Belt & Road Initiative, which would shower Southeast Asia with more money and higher priority. China is also in a position to use its existing free trade agreements with Asean to offer better provisions. Somehow, the US will have to improve its offerings to Asean or lose out. The competition between the two big powers will therefore deliver better benefits to the region.

Second, multinational companies with facilities in China will now have to think hard about the geographic allocation of their production centres. Even through Trump’s trade wars, many MNCs were reluctant to move production out of China, reliant as they were on the super-cost-efficient ecosystem of Chinese component suppliers. But as their home countries’ governments become warier about China, the risks of a large allocation to China will grow. The appeal of diversifying into Southeast Asia will increase, even if a price has to be paid in terms of higher costs and less efficiency. The US will know that if it cannot provide Asean with more market access, it can at least nudge its companies with incentives to relocate production out of China and into this region — as Japan has started to do. With regional economies improving their competitiveness through labour market reforms, better infrastructure, reduced restrictions on foreign ownership and weaker currencies, Asean is anyway looking better as an investment location. There is a good chance of a stepped-up pace of production being shifted to Southeast Asia.

Other implications may not be so congenial. What is clear is that China’s leaders must be deeply concerned about the Western powers’ capacity to impose sanctions, virtually expropriate foreign exchange reserves and cut off access to critical financial networks such as SWIFT (Society for Worldwide Interbank Financial Telecommunication). What is not as clear is what China can do in response — given its substantial dependence on exports, and its vast foreign exchange reserves that can realistically only be mostly invested in US Dollar assets. But something tells us that China’s vulnerability is so unacceptable that China’s leaders will find ways around this, even at a high cost. Our expectation is that there will be major policy changes in China as it works out how best to improve its strategic capacity to withstand Western economic pressures:

First, China has been contemplating a shift away from exports to emphasising domestic demand, as enshrined in President Xi Jinping’s “dual circulation” approach. Now, what is likely is a bigger push to expedite that move. But to do so, China’s leaders will need to reform policies it has been cautious about changing. For example, they need to allow the close to 300 million migrants more rights so they can command higher pay and spend more — but this will involve overcoming the opposition of the powerful large cities. It also means getting state enterprises to distribute more of their profits back to the state so that the government can expand social safety nets — that would help reduce China’s sky-high household savings rate.

Second, there is likely to be an inward turn in Chinese policy. Across many products deemed sensitive for military or other reasons, China will strive to reduce reliance on components produced outside China. Semiconductors are one obvious example. But there will be many more areas where domestic production will be subsidised to displace foreign imports.

Third, China will also need to move faster on opening up its capital account and making the yuan more flexible and market-determined if it is to eventually reduce its exposure to a US-dominated financial system and create its own. Several senior officials such as retired central bank governors have advocated this for years only to be rebuffed by a government wary of the risks of free flows of capital and a volatile currency.

All these strategies will take time to be implemented. But the net effect eventually will be reduced Chinese demand for components that Southeast Asian countries currently export to China. The price of the reforms mentioned above, which China cannot afford to keep postponing, could be a more volatile and risky Chinese economy — as capital flows are liberalised and the yuan becomes more of a floating currency.

Conclusion: Asean has to improve its own act

The above is only a selective flavour of the many changes that will be wrought as the big powers restrategise. There are benefits to Asean as well as risks in this process. What the net effect will be will depend on how the region — collectively as Asean and individually — responds. If it can achieve the following, then there will be a higher chance that the overall outcome is a favourable one:

The stakes are high and we can only hope that Asean rises to the challenge.