My Say: The new, new things for post-pandemic recovery 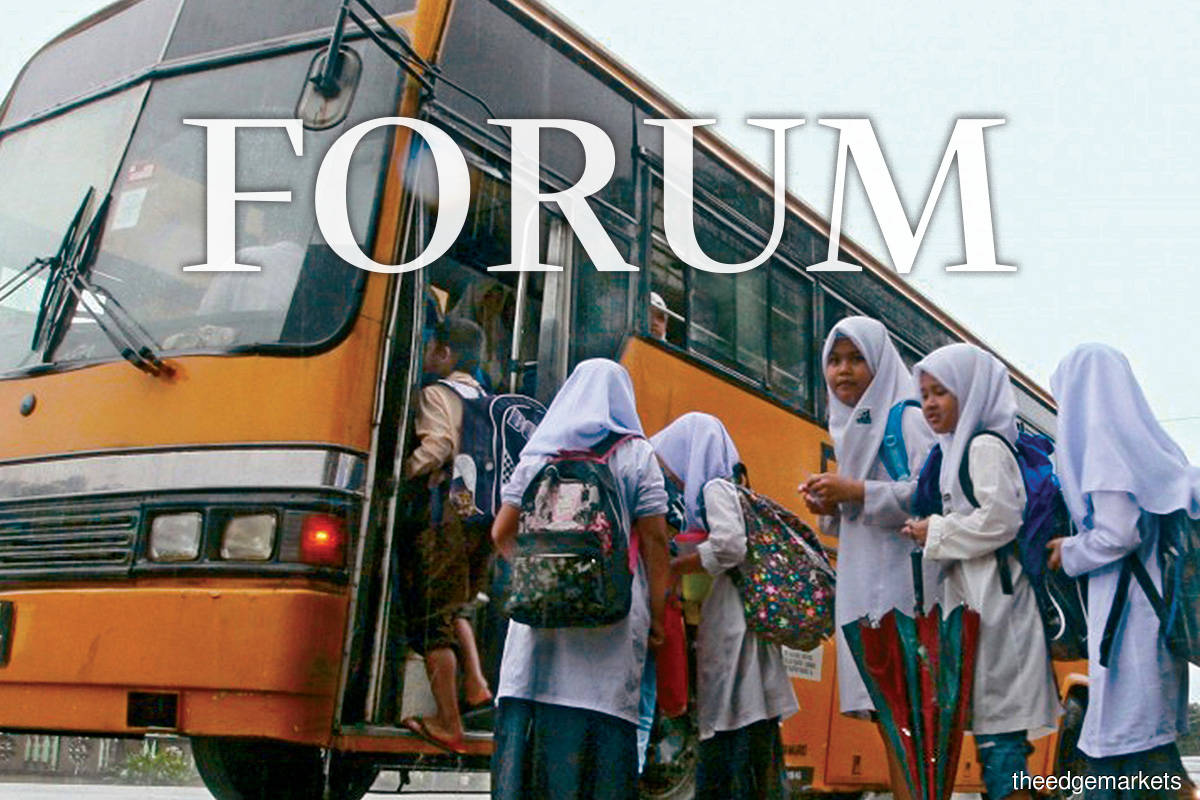 Malaysia’s ineffective management of the pandemic has resulted in many parties revising downwards the extent of the country’s economic recovery in 2021 after the economy contracted by almost 6% last year — the very thing the hesitant strategy of balancing the economy and health concerns was trying to avoid. The recently launched World Bank Malaysian Economic Monitor (MEM) reduced its forecast GDP growth for 2021 from 6% to 4.5%.

The MEM issue had a theme of “weathering the surge”, and reiterated the challenges that Malaysia faced even before the pandemic — from over a decade of declining private investments to productivity growth and the necessary reforms in the education system and labour market — all of which were made more challenging by the pandemic. It also stated the rather obvious observation that Malaysia should handle the pandemic better.

I am one who is more concerned about getting the qualitative direction right, as opposed to being obsessed with the accuracy of quantitative forecasts of aggregate numbers such as GDP growth. Such aggregate numbers are properly measured ex-post anyway.

Qualitatively, we are confident the economy will rebound from the contraction last year as the external economic environment is getting better, but the rebound will be moderated by the prolonged management of the pandemic domestically. It was wrong to use GDP growth as the guiding barometer to formulate policy response in managing the pandemic when the focus should have been on the health threat — lives before growth.

It will be equally wrong to use GDP growth as the barometer to rebuild the economy in a post-pandemic scenario; growth targeting, for example, without regard to the sources and distribution of growth. It is worth noting that the ringgit has weakened quite significantly against major currencies even while rating agencies have reaffirmed Malaysia’s sovereign ratings. Different market intermediaries assess country risks using different methodologies, so the imperative is for the sovereign country to pursue its own national interests whose achievements would result in the good these parties look for anyway.

The considerations for a post-pandemic scenario should be about facilitating normalisation — getting people back to work for those with work, which must be preceded by the normalisation of schools and nurseries, and all the attending support services that will make those possible. Ensuring nurseries are still open may seem trivial, as are ensuring that school buses are available, but without these, there will not be normalisation, and it will shrink the productive capacity of the economy even further.

Apart from the unemployed, there were more than 550,000 who were under-employed, or 2.2% of those employed. The longer this pandemic continues, the lower the labour force participation rate will go. And while unemployment will show an increase, it would mask a larger problem of under-employment. Since the rebound for 2021 is expected to be not as robust, new job creation will also not be as robust and not as likely to soak up the estimated 300,000 new entrants to the labour force.

End-2021 will see almost two million people unemployed and under-employed — and this is in a labour market of about 16 million people. The young and women form the bulk of this group. This is the problem that needs to be solved as resolving it will push back the economy’s production frontier and generate growth. Unemployment is the problem to be solved; growth is just a consequence. Unemployment has very high negative externalities at the macro level. At the household level, it is devastating for the family.

Solving this problem requires — paraphrasing Michael Lewis — looking for “new new” things to do, including new ways of doing things. The mechanism of using the same “5-year Malaysia Plans” that have failed to transform the economy in the last two decades should be discarded. We have failed to find “new new” things by doing things the same old ways. We have also failed to improve the old things. Mass hiring of teachers when the actual school system itself has yet to be transformed is a big mistake — a lazy populistic way of further damaging the system instead of making it better.

If policy implementation effectiveness requires measurements, then we should measure these items. What have we done to facilitate, indeed to improve, the support system to enable people to work, from the provision of childcare services to school buses and affordable public transport? How many jobs has the economy created to mop up the unemployed and under-employed? But most importantly, what fundamental changes have we made in doing the things we do and doing new things?

There must be a checklist of the changes in the way we do things: from ending programmes to reducing steps in a process to doing new things altogether. One consequence of doing this is to effect the change in the government machinery itself — how it is organised and how programmes are implemented.

One key change to policy formulation and implementation is decentralisation and with it, localisation. Gone are the days when power to diagnose problems and thereafter designing solutions and implementing them are centralised activities. The generalisation done via centralisation was partly a response to constraints in information and the ability to analyse that information — constraints that no longer exist with the advent of technology. Responses should be localised, and the only decision is defining the boundaries of what is local.

Deng Xiaoping’s master stroke that unleashed the unprecedented reforms in China in the post-Mao era was exactly that. He decentralised power from the centre to the provinces and thereby created competition between the provinces where performance was consequential, as were failures. He achieved that within what is still today not a democratic country. The present leadership may have shown tendencies to reverse this, but it was decentralisation that underlay China’s reforms.

University of Chicago economist and former chairman of the Reserve Bank of India, Raghuram Rajan, wrote a short piece in a riposte to US President Joe Biden’s “Building back better” policy, which was also the title of the OECD post-pandemic blueprint released a year ago. Rajan proposed “building back broader” as a better option. In it, he proposed community-based solutions to reinvigorate the economy from the bottom up and address not just new growth but also the problem made worse by the pandemic — inequality.

Malaysia too needs to do this, rebuild from a broad base, as we too suffer from serious disparities that were made worse by the pandemic. Unlike in the US, which requires massive public investments in long-neglected infrastructure — from roads and bridges to ports and airports — we have those in abundance. Our problem is the softer side of things: human capital, proper adoption of technology, social norms that encourage and reward individual innovativeness — a much more challenging proposition as, while it requires less financial resources, it requires more fundamental changes in the way we look at things.

Rajan even proposed grants competition, instead of the typical access to funding, subsidised or otherwise, via financial institutions — where winners are supported by public institutions and public resources to make them successful. Losers can come back with improved proposals and compete again. The only constraint is the emphasis on utilising local resources and in-situ activities and beneficiaries.

In Malaysia, the worst-affected areas are the urban agglomerations and rural areas. Rural areas have always lacked local economies. Even local towns that are classified as urban are effectively rural areas without economic production. They exist within plantation areas that stretch across Malaysia’s landscape without much actual production, and this needs to change, with a need for localised solutions of production, although markets can literally be anywhere in the world.

Rajan referenced Adam Davidson’s book, The Passion Economy, which showcases small enterprises that successfully market niche products globally. Malaysia’s major urban conurbations contain the majority of those who are poor, and four quarters of economic contraction has hit them very hard, but they are also young and these urban areas are well connected. The challenge is to come up with niche products and services that can be marketed beyond the local market. That is the only way to get higher income as the local purchasing power is rather limited.

The “new new” thing will come from building back broader with its new, small, local businesses, and almost totally changing the way things are done through decentralisation.

Dr Nungsari A Radhi is an economist