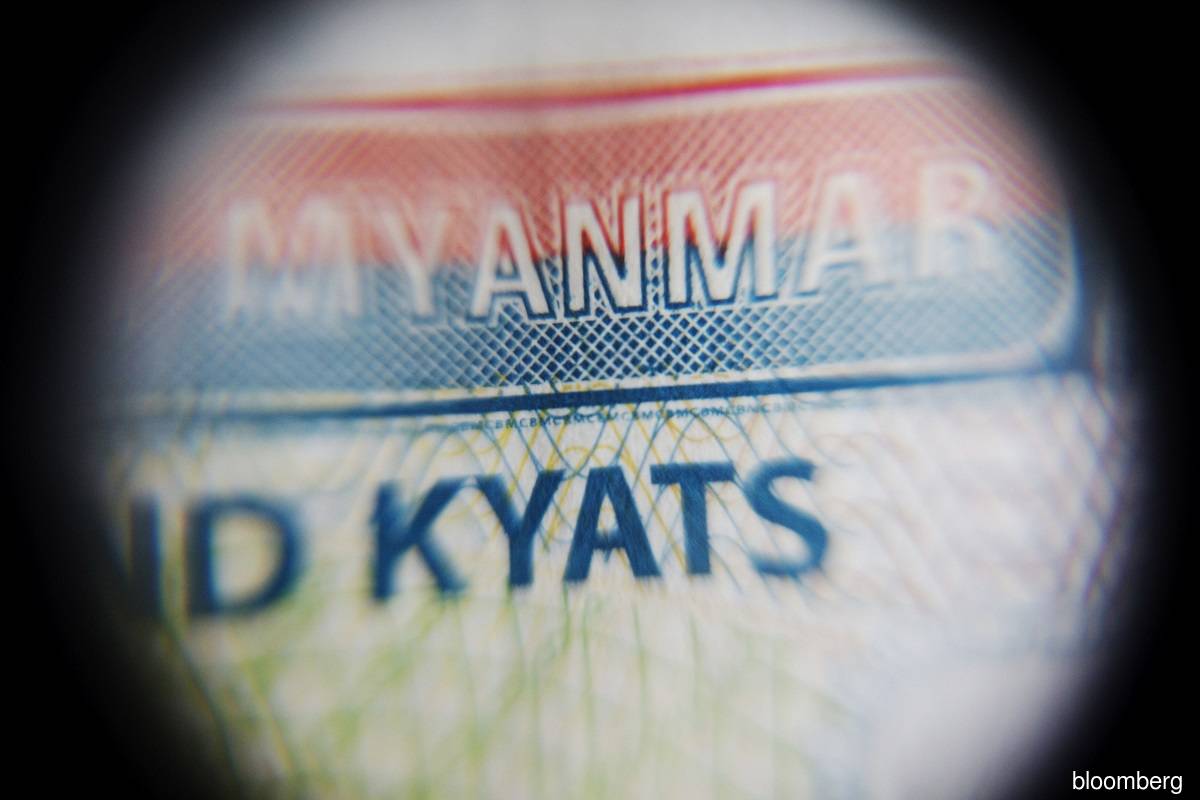 MANILA (Oct 7): Military-appointed authorities in Myanmar are making progress in addressing its currency crisis, with the kyat stabilising and efforts underway to keep prices under control, a senior central bank official said.

The kyat lost more than 60% of its value in September, driving up food and fuel prices in a fragile economy that has languished since a Feb 1 military coup and is on course for a double-digit contraction this year.

Win Thaw, deputy governor of the Central Bank of Myanmar, told Reuters that a rule this week requiring exporters to sell excess foreign exchange to banks within 30 days of receipt was helping boost supply and bring the exchange rate down.

"The rate is coming down to what it should be under normal circumstances," he said by telephone.

"That limited period will become one of the factors to lower it," he said, referring to the 30-day requirement.

Myanmar has not disclosed its level of foreign currency reserves. World Bank data showed it had just US$7.67 billion in reserves at the end of 2020, before the February coup.

Skyrocketing prices of goods have historically been problematic for military governments in Myanmar, with the cost of cooking gas among the triggers of a monk-led "Saffron Revolution" in 2007.

The military last week said its economic problems were caused by "outside factors" and Covid-19 outbreaks.

Its spokesman, Zaw Min Tun, said the central bank had been unable to meet local demand for dollars.

Win Thaw said he hoped an expected rise in exports in November and December would help.

"If there is more export income, the dollar price will no longer rise again. It will gradually come down and return to its normal rate," he said.

The central bank had tried tethering the kyat 0.8% either side of its reference rate against the dollar in August but abandoned the measure as pressure on the exchange rate grew.

Money exchanges quoted about 1,695 kyat to the dollar in early September, but that soared to around 2,700 on Sept 28. That compares with 1,395 kyat before the February coup.

This week, authorised dealers have been selling dollars for 2,200-2,300 kyat.