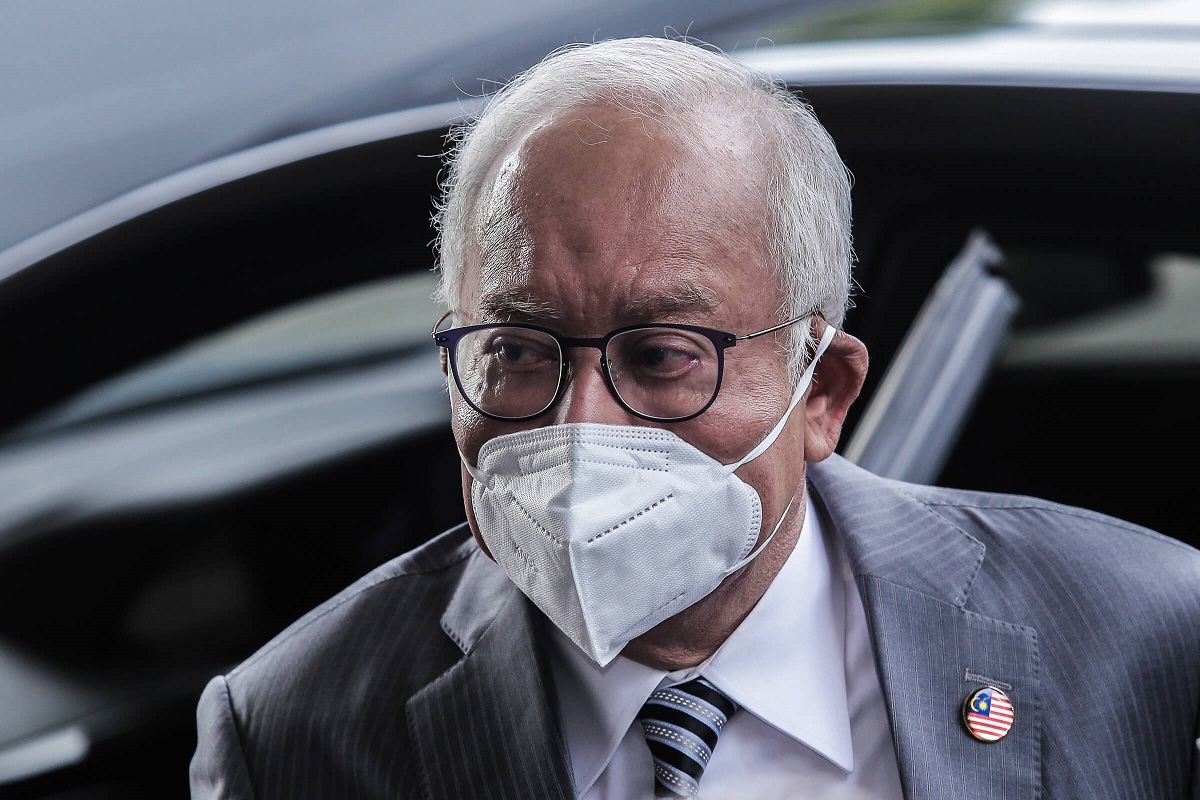 KUALA LUMPUR (Oct 4): The High Court has directed Datuk Seri Najib Razak to file and serve his defence statement by Oct 20 in the US$1.15 billion civil suit brought against the former premier and six others by SRC International Sdn Bhd.

SRC, which is now wholly owned by the Ministry of Finance Incorporated, had filed its statement of claim on July 30, after having filed its writ of summons on May 7 as part of a plethora of legal actions on that day.

The judge also directed SRC, which was represented by lawyer Lisa Yong, to file its reply to the defence statement by the six others by Nov 1. He also fixed Nov 2 for further case management.

Meanwhile, Bernama quoted another of Najib’s lawyer, Muhammad Farhan Muhammad Shafee, as saying that the former premier will apply for a stay of proceedings in the civil suit filed by SRC.

The lawyer said his client wanted the criminal case involving SRC which was at the appeal stage at the Court of Appeal to be completed first before proceeding with the civil suit.

“We have informed the court that we are filing for a stay of proceedings of the civil suit until the full disposal of the criminal case,” he told Bernama.

In the criminal case, Najib was found guilty by the High Court on July 28 last year on seven counts of abuse of power in relation to RM4 billion loan from the Retirement Fund Inc (KWAP) in 2011 and 2012, and criminal breach of trust and money laundering of RM42 million of SRC funds.

The 68-year-old Umno lawmaker was sentenced to 12 years' jail and fined RM210 million, and is currently awaiting the Court of Appeal’s decision to his appeal against the conviction and sentence.

SRC had previously also included former SRC chairman Tan Sri Ismee Ismail and former director Datuk Shahrol Azral Ibrahim Halmi as defendants, but has since removed the suit against them.

Suboh and Ismee had testified in the SRC criminal trial involving Najib, while Shahrol had also testified against the former premier in the ongoing 1MDB trial.

Suboh and Azhar have filed their statement of defence in the civil suit by SRC.

In SRC’s statement of claim, the defendants are accused of being involved in abuse of power or authority, misappropriation of SRC funds and acting with the knowledge or probability of harming the company.

SRC claimed that Najib as the advisor emeritus and leader of the government, supported the company and gave the go-ahead for it to get the RM4 billion KWAP loans in 2011 and 2012, leading to the bulk of the funds being transferred overseas and not recovered.

It claimed that Najib changed the investment structure of which the loans were supposed to be utilised — from the facility agreement — going against Bank Negara Malaysia requirements.

The firm further showed the money trail in the utilisation of the fund, including a sum of US$120 million that had allegedly gone into the former premier's account or placed under his control and a sum of US$82,000 that was allegedly transferred to his proxy Nik Faisal.

The company also claimed that Suboh, Nik Faisal, Azhar and Rashidi ought to have known that the proposed investment funds were for the specific purpose of investment activities but were instead utilised for something else, where they authorised the utilisation of the funds resulting in the fraudulent or wrongful transfers.

However, Suboh’s defence which was sighted by The Edge states that he cannot be held liable for any breaches as accused by SRC.

He claimed that the corporate structure and practice of SRC was peculiarly fashioned to vest all decision making powers to Najib.

He also contended that his role and function as a director was “reduced to nothing”, as they were bound by Najib’s instructions.

Suboh’s defence also stated that he does not owe any duty to SRC as he possessed “no discretionary and decision-making powers” nor were his views and involvement ever given any credence in any programmes carried out by SRC.

SRC is seeking a declaration from the High Court that Najib and the others are liable to account for the losses due to their fraudulent breach of duties and trust.

The company also seeks an order that they pay the US$1.18 billion in losses suffered by the company and damages for breach of duties and trust.

Read also:
SRC drops Shahrol and Ismee as defendants in suit
Najib, Shahrol, Ismee and Ibrahim Ali among those named in 16 suits by SRC