Najib shut his eyes on origins of RM42m in his accounts, says appeals court 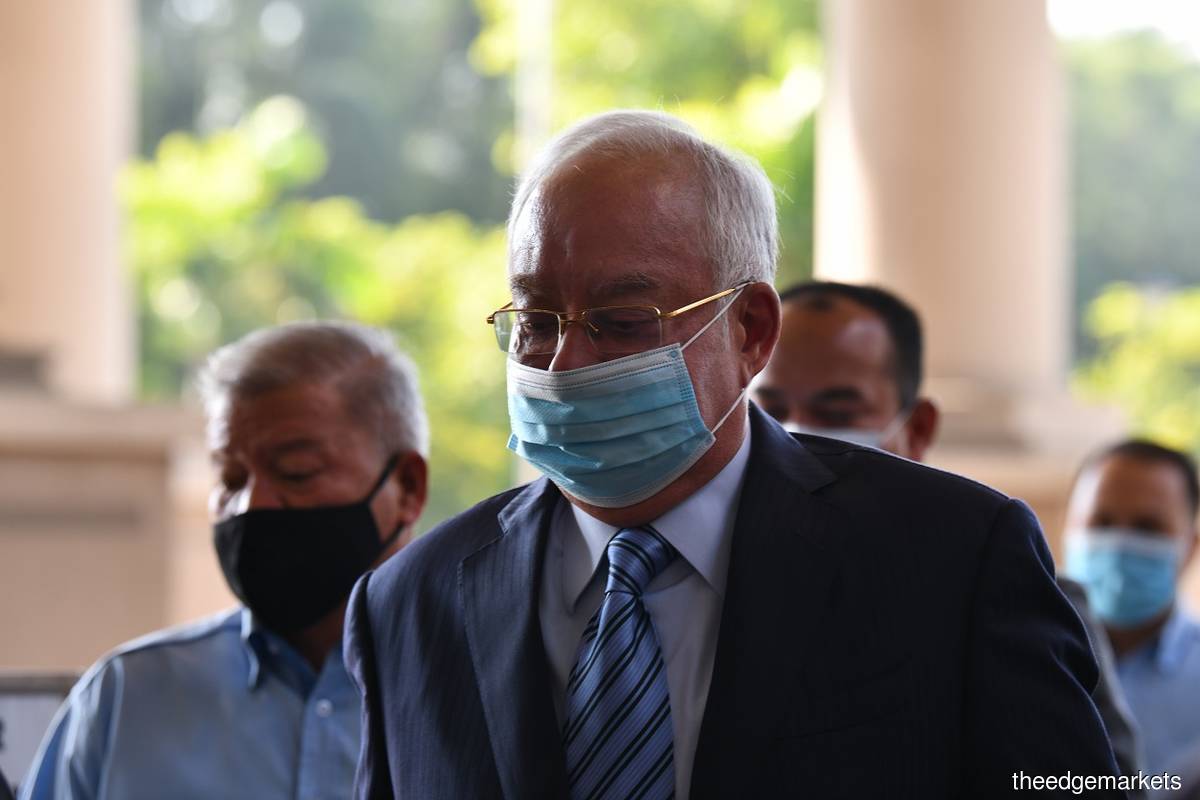 PUTRAJAYA (Dec 8): The Court of Appeal views as a flawed defence Datuk Seri Najib Razak’s claim that he has justifiable reasons for not verifying the origins of the RM42 million in his personal bank accounts.

Noting that Najib had deliberately shut his eyes and chosen not to verify the origins of the funds, Justice Datuk Abdul Karim Abdul Jalil said High Court judge Mohd Nazlan Mohd Ghazali was right in holding that the former premier should have made inquiries on the money deposited into his AmIslamic Bank accounts.

“We agree with the trial judge that Najib's contention that he has justifiable reasons not to suspect anything untoward in the flow of RM42 million into his account is simply flawed... whilst at the same time spending the RM42 million for his own purposes and benefit,” he said in upholding Najib’s conviction on three money-laundering charges.

Reasoning that the court had accepted the amount of RM27 million, RM5 million and RM10 million were misappropriated from SRC International Sdn Bhd which are part of the predicate charges proven, Justice Abdul Karim said the court was hence satisfied that elements of money-laundering had also been proven as they derive from the criminal breach of trust (CBT) offences.

“As for the CBT charges, the offences were completed when the respective sums of RM27 million, RM5 million and RM10 million were misappropriated from SRC's bank accounts. Hence, the receipts of the proceeds by Najib into his bank accounts were in actuality receipts of unlawful activities committed by him from the completed CBT offences.

“There is ample evidence that Najib having received the sums of monies stipulated to fulfil the charges of money-laundering under Section 4(1) of the Anti-Money Laundering, Anti-Terrorism Financing and Proceeds of Unlawful Activity Act 2001 (AMLATFPUAA),” said the appellate judge.

Justice Abdul Karim said the appeals court bench hence found the receipt of the three tranches of payment into Najib’s bank accounts are proceeds of unlawful activities and thus the element of offence under Section 4 of AMLATFPUAA has also been established.

The judge said Najib's culpability is based on the fact that he was knowingly concerned with the illegal proceeds from unlawful activities.

He said evidence adduced in the case clearly shows that the former prime minister knew or had reason to believe or had reasonable suspicion that the funds entering his personal bank accounts were proceeds of unlawful activities.

Justice Abdul Karim said the trial judge had noticed that Najib had admitted in his affidavit that his knowledge of the RM42 million entering his bank account originated from SRC.

He was referring to the affidavit filed by Najib in his defamation suit against former MCA president Tun Dr Ling Liong Sik, who had accused the former premier of being a thief.

The appellate court added that Najib's letter to AmIslamic Bank instructing it to transfer RM32 million from his account to Permai Binaraya Sdn Bhd (PBSB) and Putra Perdana Construction Sdn Bhd (PPC) before the funds entered his accounts at the time of writing and giving instruction was another factor for culpability.

“This shows that Najib knew beforehand that the SRC funds would be coming into his account,” said Justice Abdul Karim.

Having given the whole evidence a maximum evaluation, the appeals court found there is ample evidence for the mental element of the accused being inferred from the objective factual circumstances as spelt out in Section 4(2) (a) of AMLATFPUAA, the judge added.

On Najib's contention that the funds were an Arab donation, Justice Abdul Karim said it was nothing but a concoction that is completely bereft of any credibility.

“There is no evidence at all that the RM42 million came from, or could have come from the Saudi Royal family, nor is there any reasonable basis for Najib to have formed that belief. The funds came from SRC, and that is well established,” he said, in concluding the guilt of the former premier in the money laundering charges.

Najib, who is also the Pekan Member of Parliament, obtained a stay of execution of the 12-year jail and RM12 million fine sentence upheld by the Court of Appeal.