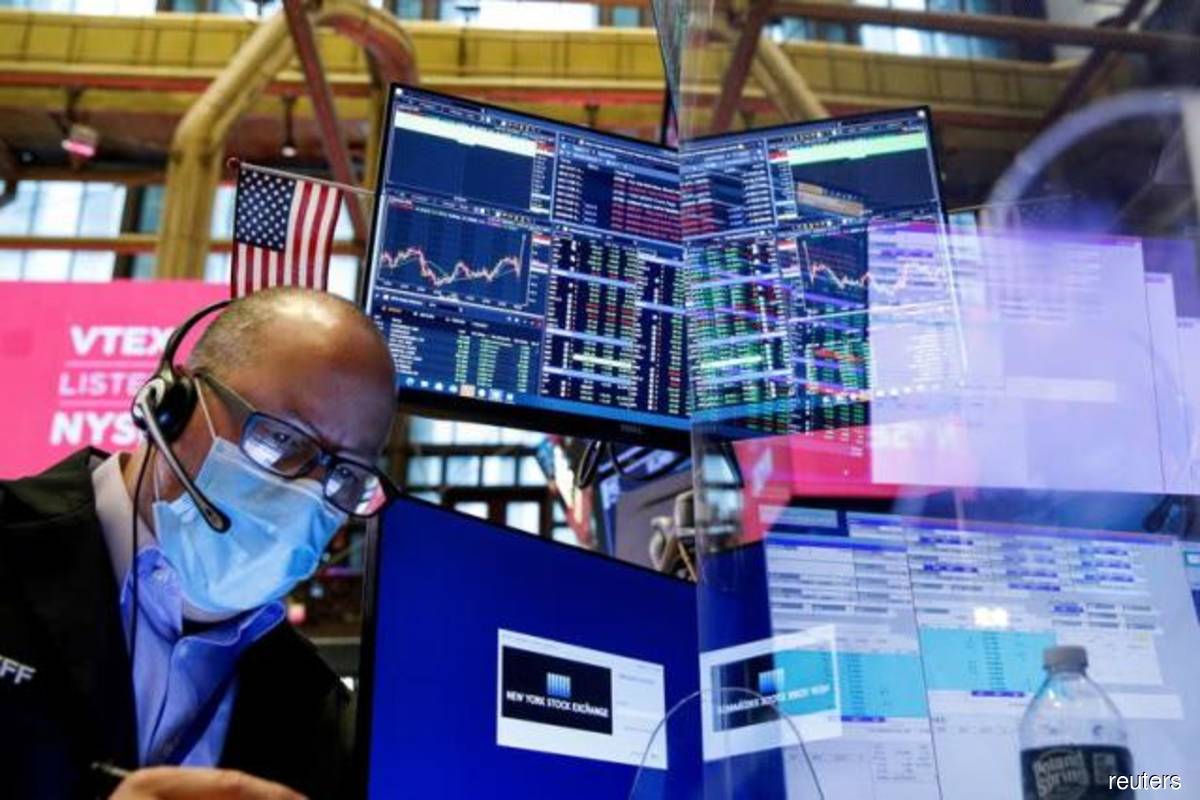 Ten of the 11 major S&P sectors advanced, with technology hitting an all-time high and consumer discretionary rising more than 1%.

Shares of Tesla Inc rose 3.4%. Apple and e-commerce giant Amazon.com gained 2.6% and 1.9% respectively, ahead of their earnings reports later in the day that would wrap up a largely upbeat reporting season for Wall Street's tech titans.

"We are still favourable on US equities and don't expect any near term reasons for the bullishness to fade, which is led on by strong earnings," said James Gaul, portfolio manager at Knights of Columbus Asset Advisors.

"There are supply chain issues affecting short-term results but there is anticipation for strong demand and supply issues subsiding going ahead, and for all major sectors the long term is attractive."

The Commerce Department's report showed the US economy grew at a 2% annualised rate in the third quarter as Covid-19 infections flared up, while another set of data showed fewer Americans filed new claims for unemployment benefits last week.

"Slower growth in Q3 was the result of a normalisation of spending activity and the significant bottlenecks that remained ... it will not dissuade the Fed from deciding on a gradual end to its bond purchases next week, given the good situation on the labor market and increasing price risks," Bernd Weidensteiner, senior economist at Commerzbank, said in a note.

Stellar earnings reports have driven the benchmark S&P 500 index and the Dow Jones Industrial Average to record highs this week, with analysts expecting profits for S&P 500 companies to grow 38.6% year-on-year in the third quarter.

Tech and growth stocks also got a boost from a pullback in the US 10-year Treasury yield, which had hit its highest level since mid-May last week on inflation and rate-hike concerns.

President Joe Biden said he had secured a new US$1.75 trillion framework for economic and climate change spending that could pass the Senate, and expressed confidence it would win the backing of all wings of the Democratic Party.