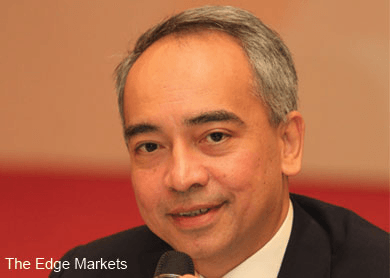 At a plenary session during Invest Malaysia Kuala Lumpur 2015 today, Nazir said that the implementation of the AEC is towards 90% complete, however still far from reality.

He cited three “game changing” moves that should be addressed by the committee to push forward the regional economic integration.

“One, is the need to scale up leadership capacity. The Asean secretariat need to be better funded and to me, they have to set up special divisions or special sub-agencies to deal with the specific economic sectors,” said Nazir.

He gave an example that there should be one division or one agency just to lead banking so that there is focus and also independent leadership to deal with cross border issues.

“Secondly, I feel Asean should improve its marketing to the people of Asean. I think only a small fraction of our 650 million people understand what the AEC is about and what Asean is about. Not enough has been done on that score.

“Thirdly, it is the importance on Indonesia’s position which is a little bit ambiguous. We would like to see a stronger commitment overall by Indonesia, the largest economy of Asean, as to the merits and the importance of the economic integration of Asean,” he added.

Nazir noted that 10 countries have committed to the AEC. “All we are saying is that some of the commentary coming out from Indonesia has been a bit less enthusiastic about Asean that what we would have though from the largest economy of Asean”.

The AEC was conceived in 2007 and entailed the opening up of the capital markets in the Asean countries by end-2015.

Its objective is to create a single market across the Asean countries with the removal of all non-tariff barriers, of whoch a considerable amount has already neem abolished gradually over the years with the implementation of the Asean Free Trade.

It has been previously reported that Indonesia has lagged behind, citing that the depth of its capital markets and the regulatory framework is not on par with the rest of the region, hence it is not ready to fully embrace the AEC framework.