Networking: New networking platform with a pathway to an MBA 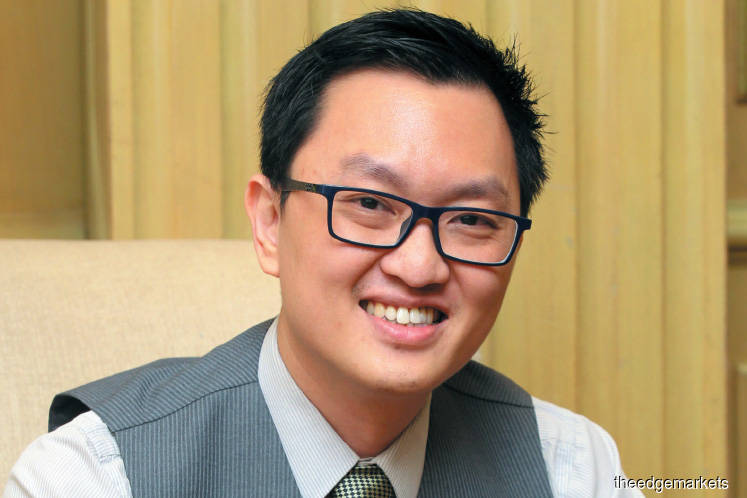 The big part of what we are trying to do is to make it more affordable for businesses to gain access to the platform. > Wong

George Wong is no stranger to the business networking scene, having founded several companies. To expand his network and gain contacts, he has attended many networking sessions hosted by different platforms.

But he found the sessions rather unproductive. Only entrepreneurs who are already skilled at networking may benefit from such sessions, he says.

“If you go to an unstructured and informal event, you will be unsure of what to do. You shake hands, say hi, pass around some name-cards and have no idea if you are productive or not. This was what we saw in the networking circuit. When we went to mixers or ambassadors’ residences and embassies, it was really quite pointless. To be honest, it takes a person with very high networking skills to actually create value out of that kind of session,” he points out.

As a result, Wong decided to create a more structured business networking platform, called International Entrepreneur Network (IEN), with his partners, Meng Cheang and Esther Ong, in August. Through IEN, local chapters of around 20 people will meet every week to share experiences and build connections with each other.

The chapters will be spread out in the country, and once there are enough chapters, IEN may organise events to bring the members together.

“In entrepreneurship and business, trust is the major currency that you can’t buy. By placing people in chapters or groups, it allows them to build trust and collaboration,” Wong says.

One differentiating factor of IEN is that it offers an education session in its weekly meetings. Members who complete the modules can claim credit hour exemptions of up to two elective modules of the Executive Master of Business Administration (EMBA) offered by Asia Metropolitan University (AMU).

The EMBA targets entrepreneurs who wish to further their studies and gain an MBA within six months to two years on a full-time or part-time basis.

“We like the idea of a structured platform because it helps people to network better, but we also feel that there are a lot of people whose skill sets are not strong in terms of presentation, public speaking and communication. So, we decided that our platform will have a fixed education section of about 30 minutes. We will provide coaching to the chapters on skills that can help improve their businesses in terms of personal branding or presentation,” he says.

Wong and his partners are coaches and have conducted training for business leaders. Using their experience, they will formulate education modules for IEN’s chapters. Members who complete the modules can then decide if they want to pursue an EMBA with AMU.

“We’re still finalising this, but we want to pick the two most relevant electives for our network. If they complete the modules, the hours spent can be exempted for the elective modules at AMU, and they can do the core modules themselves at AMU,” Wong says.

The IEN founders think that SME leaders can benefit from having an MBA, especially AMU’s MBA, which focuses on internationalisation and global markets. Wong says IEN will benefit SME leaders who are eager to grow.

“The people who can gain the most value from this are those from more mature companies. They have probably been in the business for one to two years and have reached a point where they are starting to realise certain weaknesses in their businesses. They need to break free from that. So networking becomes that path. It’s quite common that when they hit that ceiling and don’t know how to expand, they need help,” he says.

IEN currently has one chapter running in Subang with about 10 members, and a second chapter may start soon in Petaling Jaya. To get entrepreneurs onto the platform, IEN conducts business “speed dating” events, where it pairs participants with each other for about 30 minutes to enable them to build connections.

“A lot of them really like this. We also give them 30 minutes of education because that is our commitment to learning. We share some knowledge on subjects like the power of leveraging networks. They come in by paying a fee of RM25. We know this is something the market wants and we’re refining the process. It’s a way for us to introduce people to the value of networking without making them feel like it is a multi-level marketing scheme,” Wong says.

He plans to organise international business “speed dating sessions” to connect local entrepreneurs with business leaders from countries such as Cambodia, Myanmar, Thailand and Singapore.

“I got exposed to this when I was dealing with a lot of foreign trade. I have been to some sessions in South Korea where they brought Malaysians to the country ... we went through a ‘speed dating’ event. I thought that was quite interesting because I made a lot of international contacts that way,” he says.

“The big part of what we are trying to do is to make it more affordable for businesses to gain access to the platform. So even if they just pay for the knowledge, it’s worth it. If you take any kind of diploma, degree, MBA, you’re going to spend way more than RM2,100,” Wong says.

Scaling IEN, however, may be a challenge because the founders have to personally ensure that the coaching and education sessions in each chapter are on a par with AMU’s standards.

“My hope is that within a year, we will have 10 chapters and contribute at least one or two classes’ worth of credit hours for AMU’s MBA. I think that’s an ambitious goal, given the scope of what we intend to do. Ten chapters would mean getting 200 people to buy into the concept and undertake the learning,” Wong says.

“Hopefully, 25% of our members will move on to an MBA, not for any financial reason but because I think MBAs are an advantage for executives.”