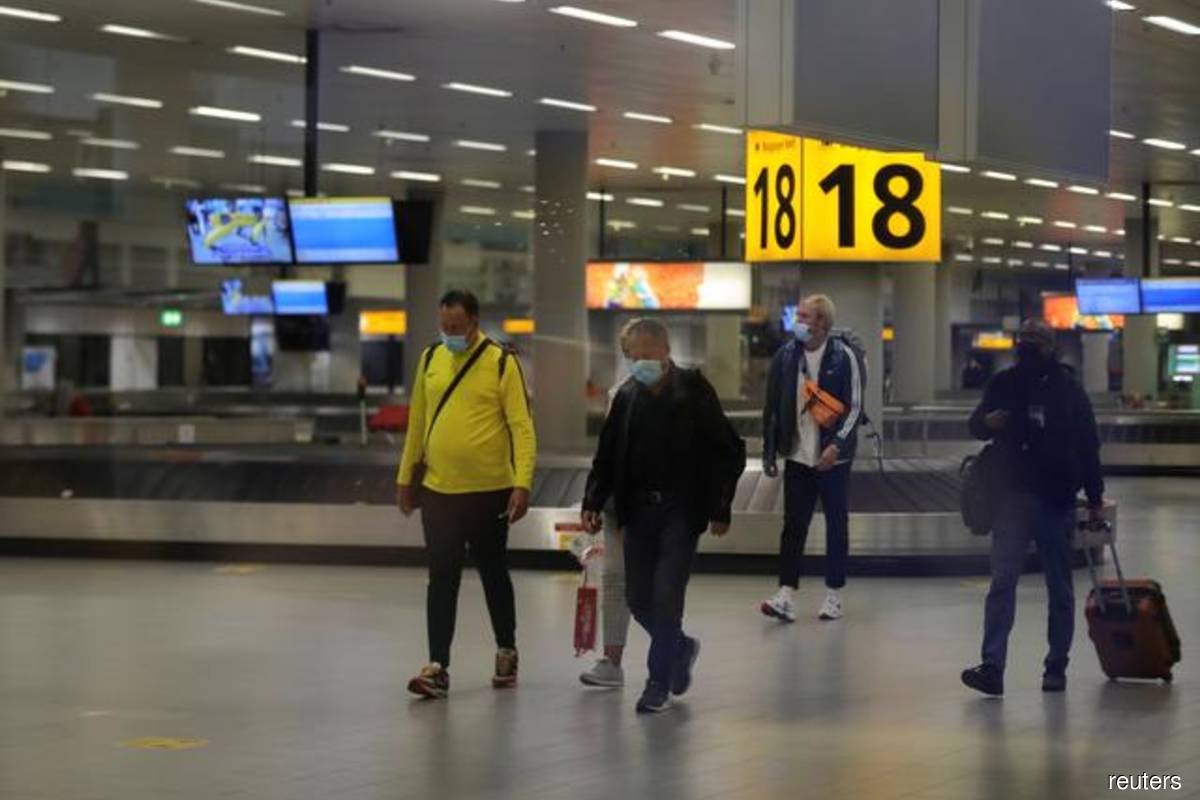 (Nov 28): The new Omicron coronavirus variant kept spreading around the world on Sunday, with two cases detected in Australia, even as more countries tried to seal themselves off by imposing travel restrictions.

Health officials in Australia's most populous state, New South Wales, said  two passengers who arrived in Sydney from southern Africa on Saturday evening had tested positive for the Omicron variant of the coronavirus.

Both people were asymptomatic, fully vaccinated and in quarantine, NSW Health said. Another 12 passengers from southern Africa were also in 14 days of hotel quarantine, while around 260 other passengers and aircrew have been directed to isolate.

The Australian cases were the latest indication that the variant may prove hard to contain. First discovered in South Africa, it has since been detected in Britain, Germany, Italy, Belgium, Austria, Botswana, Israel and Hong Kong.

The discovery of Omicron, dubbed a "variant of concern" last week by the World Health Organisation, has sparked worries around the world that it could resist vaccinations and prolong the nearly two-year Covid-19 pandemic.

Omicron is potentially more contagious than previous variants, although experts do not know yet if it will cause more or less severe Covid-19 compared to other strains.

Countries have imposed a wave of travel bans or curbs on southern Africa. Financial markets, especially stocks of airlines and others in the travel sector, dived on Friday as investors worried that the variant could stall a global recovery. Oil prices tumbled by about US$10 a barrel.

In the most far-reaching effort to keep the variant at bay, Israel announced late on Saturday that it would ban the entry of all foreigners and reintroduce counter-terrorism phone-tracking technology to contain the spread of the variant.

Prime Minister Naftali Bennett said the ban, pending government approval, would last 14 days. Officials hope that within that period there will be more information on how effective vaccines are against Omicron.

Many countries have imposed or are planning restrictions on travel from southern Africa. The South African government denounced this on Saturday as unfair and potentially harmful to its economy - saying it is being punished for its scientific ability to identify coronavirus variants early.

In Britain, where two linked cases of Omicron identified on Saturday were connected to travel to southern Africa, the government announced measures to try to contain the spread, including stricter testing rules for people arriving in the country and requiring mask wearing in some settings.

The German state of Bavaria also announced two confirmed cases of the variant on Saturday. In Italy, the National Health Institute said a case of the new variant had been detected in Milan in a person coming from Mozambique.

Although epidemiologists say travel curbs may be too late to stop Omicron from circulating, many countries - including the United States, Brazil, Canada, European Union nations, Australia, Japan, South Korea and Thailand — have announced travel bans or restrictions on southern Africa.

More countries imposed such curbs on Sunday, including Indonesia and Saudi Arabia.

"It has not been shown to be more virulent or to evade the immune response induced by vaccines. They affect the economy and well-being of people," he said in a Twitter post on Saturday.

Omicron has emerged as many countries in Europe are already battling a surge in Covid-19 infections, with some reintroducing restrictions on social activity to try to stop the spread.

The new variant has also thrown a spotlight on huge disparities in vaccination rates around the globe. Even as many developed countries are giving third-dose boosters, less than 7% of people in low-income countries have received their first Covid-19 shot, according to medical and human rights groups.

Seth Berkley, CEO of the GAVI Vaccine Alliance that with the WHO co-leads the COVAX initiative to push for equitable distribution of vaccines, said this was essential to ward off the emergence of more coronavirus variants.

“While we still need to know more about Omicron, we do know that as long as large portions of the world’s population are unvaccinated, variants will continue to appear, and the pandemic will continue to be prolonged," he said in a statement to Reuters on Saturday.