Left: The tree-lined Changkat Bukit Bintang during the day. Right: Serenity Hostels is an accommodation along the street. Pictures by Patrick Goh/The Edge

Pubs along the street get crowded at night. Havana Bar & Grill 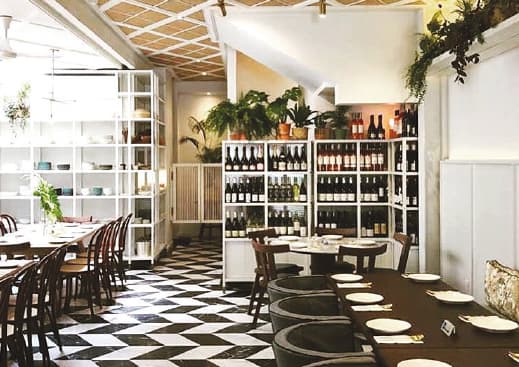 Isabel, one of the newest restaurants in the area. Isabel 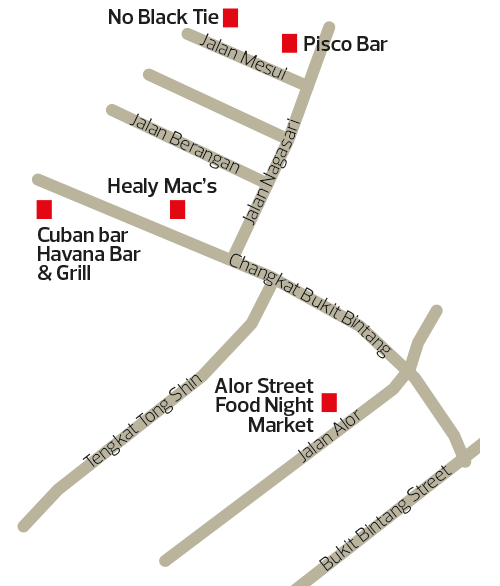 Dubbed Kuala Lumpur’s Piccadilly Circus, the street is considered as one of the most established, long-lasting nightlife districts in the city. It attracts locals, tourists and expatriates.

One pub, Pisco Bar, is particularly crowded. “I come here every week,” says Adam, a British expatriate who works as a marketing executive in town. “There are plenty of food and drink options along this street. It’s also a good place for networking. There’s a large community of expats here.”

No Black Tie, one of KL’s leading jazz bars, is located in nearby Jalan Mesui. Established in 1998, No Black Tie has seen many of Malaysia’s top singers and musicians go on its stage over the years.

From the creators of eatery Alexis, there’s Isabel, one of the newest restaurants in the area. This “Insta-worthy” restaurant, featuring a marble bar top and black-and-white chevron floor, is a crowd-puller.

“Since Changkat Bukit Bintang is a well-known nightlife district, the demand for commercial properties in the area is high,” says Laurelcap Sdn Bhd director Stanley Toh. “Tourists flock there and as a result, the non-landed properties have some commercial value as they become Airbnb units. The shoplots can fetch RM7 million to RM13 million each. The rent is about RM5 psf to RM7 psf per month.”

KGV International Property Consultants director Anthony Chua says, “Shops along Changkat Bukit Bintang were formerly homes. They have been turned into trendy shops to cater for tourists. Last year, the Lion Office Tower in Jalan Nagasari, which has retail shops on the ground floor, was sold to Yinson Corp Sdn Bhd for RM91 million.”

The outlook for the Changkat Bukit Bintang area is promising as more activity is expected to come its way, say consultants. As things are — the lights and sounds of the night are getting more intense and the patrons are packing the establishments along the street well into the small hours — this area is likely to remain a nightlife haven for a long time to come.