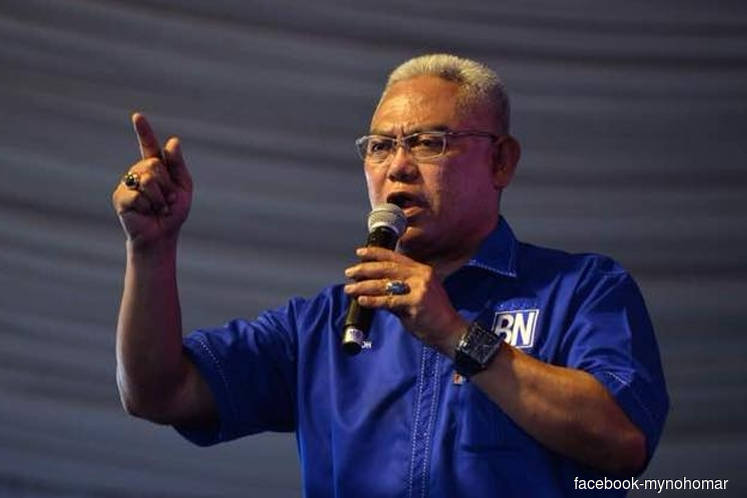 KUALA LUMPUR (March 19): Tanjung Karang MP Noh Omar has been suspended by the Dewan Rakyat deputy speaker Nga Kor Ming today from attending Parliament session for the next three days until March 21, for insulting the institution of the august house yesterday.

Yesterday, Noh disputed with Nga over the Taliban remarks the deputy speaker had made in reference to the UMNO-PAS cooperation, saying Nga is incompetent for the position of Dewan Rakyat deputy speaker.

"As a speaker, my job is not just to chair this meeting in a fair, just and trustworthy manner. It is also my duty to protect the integrity, image and authority of the parliamentary institution," Nga said.

"Tanjung Karang's inappropriate and deliberate action to insult the House and ignore the power of the chair, as well as his accusation that the chair is unqualified to hold the position, is an open insult to the chair.

"I now order Tanjung Karang to leave the House for three days," Nga said in delivering his ruling this morning.

Ismail protested the decision, pointing out that Noh was not in attendance when the ruling was made, and thus, was not given the space to defend himself. He said it is the common practice of the House to read out the chair's ruling in the presence of the MP in question, for him to be able to defend himself.

"Please give Tanjong Karang a chance to explain and to hear what you have to say. If he refuses to apologise and retract what he said, then by all means you can give your ruling," he said.

Nga, however, did not budge and stood firm with his decision. This caused Ismail to leave the Dewan Rakyat in protest, followed by all the other BN and PAS MPs.

"The onus is on him to be present. It is not my responsibility to ensure that he is present in the house," Nga said.

Noh uncompromisingly persisted that he had the right to remain in the Dewan to the extent that Rashid had to ask the Serjeant-at-Arms to escort him out of the house. This sparked an altercation between both sides of the house until Rashid eventually called for the session to go for lunch break at 1pm.

"This was a shocking decision by the deputy speaker. I was suspended for three days without my knowledge.

"Under the code of meetings, if I had been defiant to the speaker, he should have made that ruling yesterday when it happened so I can defend myself and provide an explanation. But the ruling was made today without my presence," Noh told reporters when met at the parliament lobby.

He insisted that he will come back to enter the Dewan when parliament session reconvenes at 2.30pm.