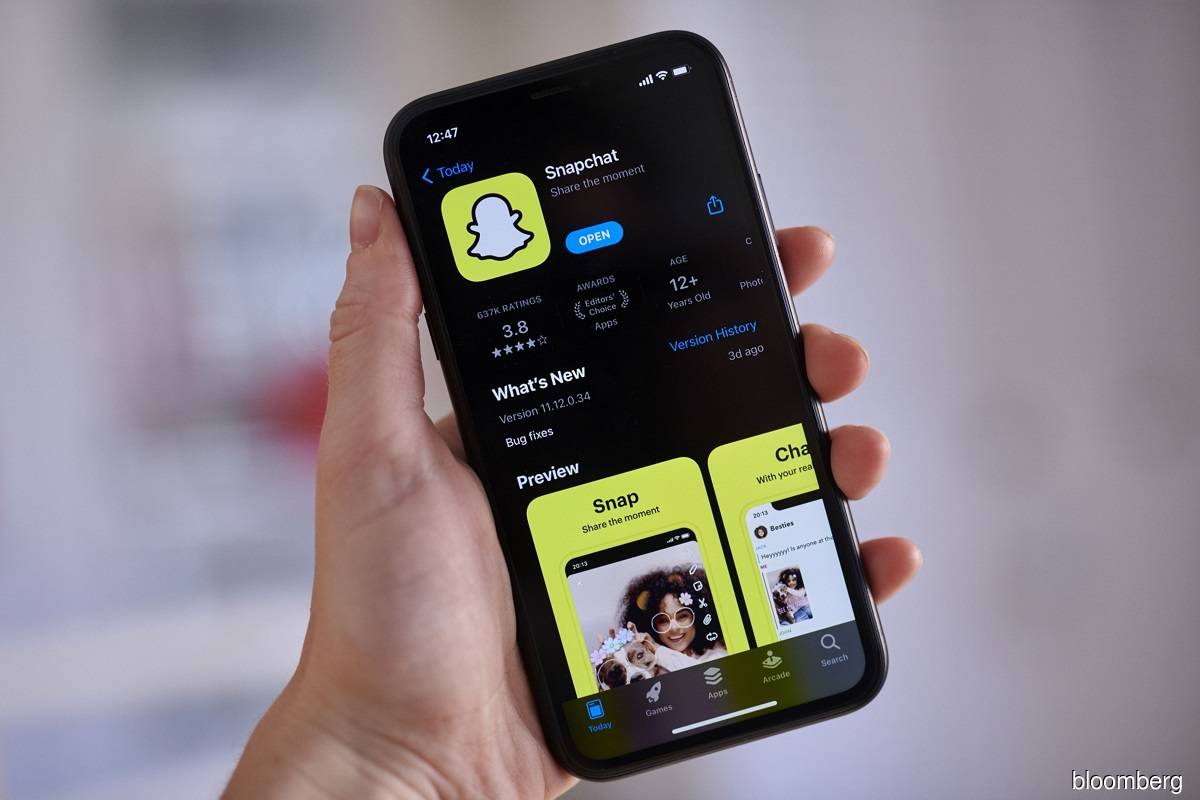 BENGALURU (May 25): Snap Inc shares plunged more than 40% and sparked a sector-wide sell-off on Tuesday (May 24) after a profit warning from the Snapchat parent signalled tough times ahead for the once-booming digital ad industry.

The company was on track to lose US$15 billion (about RM65.89 billion) in market capitalisation, while shares in major online advertisers and social-media firms were set to lose a combine US$200 billion in value from the rout.

Snap said on Monday it was expecting to miss quarterly revenue and profit targets set just a month earlier and would have to slow hiring and lower spending.

Valuations of social media stocks are coming back down to earth after the companies posted unprecedented growth last year when advertisers began to recover from the Covid-19 pandemic, said Brian Wieser, the global president of business intelligence at ad agency GroupM.

"There's a resetting of expectations," he said, adding that while economic problems like inflation are partly hurting revenue, Snap and other platforms had also overestimated their ability to maintain break-neck growth.

Even so, Snap's valuation of nearly 15 times 2024 estimated earnings before interest, taxes, depreciation and amortisation, according to Refinitiv data, was significantly higher than Alphabet's 8.5 times and Meta's six times.

The bleak view from one of the sector's well-known names underlines the impact of the Ukraine war, surging inflation and rising interest rates on social media companies just when they were trying to shake off the hit from changes to Apple's iOS operating system.

"Snap is a proxy for online advertising and when you see weakness there, you automatically think Facebook, Pinterest and Google," said Dennis Dick, a trader at Bright Trading LLC.

"Once you start thinking about Google, that's when the markets start to sell off."

Snap and its peers including Meta are in the path of a storm that also includes increasing competition from TikTok for users' attention and ad dollars, said Jasmine Enberg, a principal analyst at research firm Insider Intelligence.

Tuesday's sell-off came days after a Bank of America fund managers survey indicated investors are becoming increasingly bearish on tech stocks, a stark reversal to a bullish trend in the past 14 years.

Analysts said Snap's outlook for core profit suggests expenses will outpace its revenue growth, given that the headcount was up 52% in the prior quarter.

"There's a lot to deal with in the macro environment today," chief executive officer Evan Spiegel said at a tech conference on Monday.