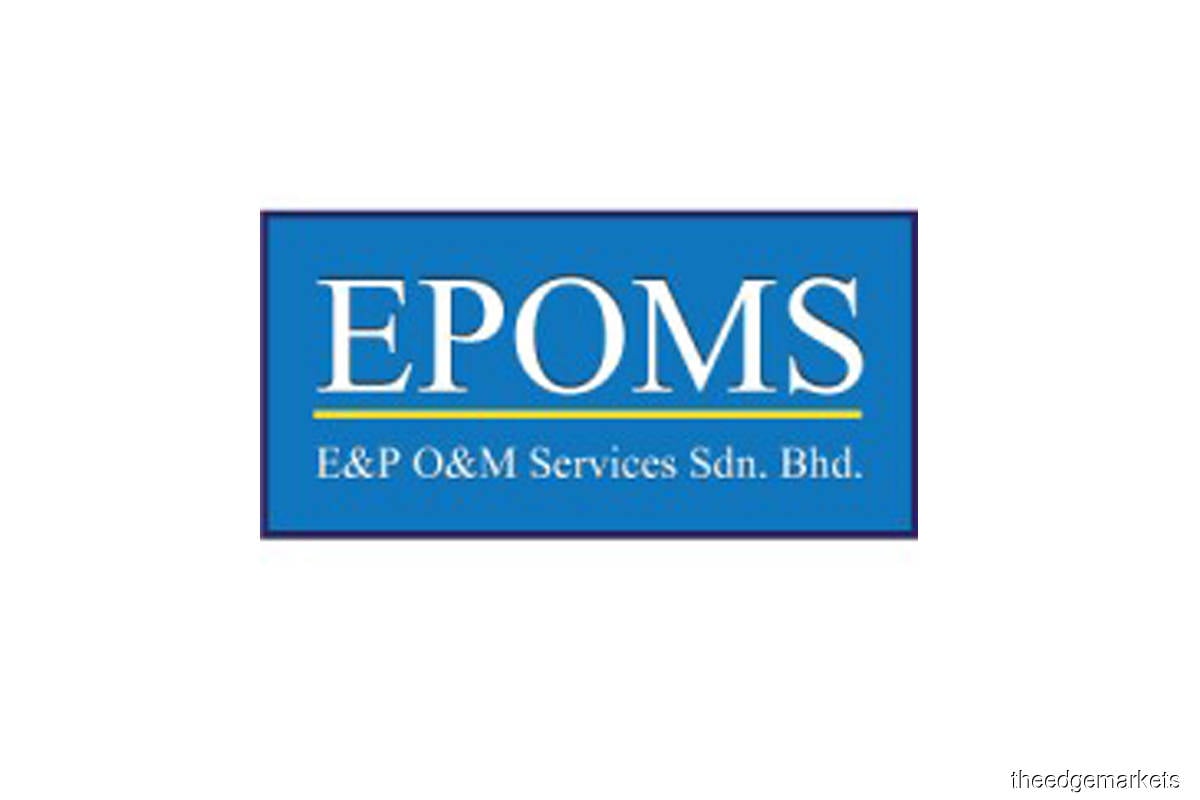 EPOMS — which is wholly-owned by E&P Venture Solutions Co Sdn Bhd, which in turn is wholly-owned by Petronas’ exploration outfit Petronas Carigali Sdn Bhd — has its mainstay in the operations and maintenance of Petronas’ floating and fixed facilities, including associated flowlines and pipelines.

In an email response to The Edge on the possible sale of EPOMS, Petronas says, “Petronas continues to review its business portfolio to ensure a better fit in its growth strategy in the increasingly evolving energy landscape. The review includes the entire value chain of its operations at home and abroad. Any material development arising from this exercise will be duly communicated to our relevant stakeholders.”

One oil and gas (O&G) industry market watcher says the key to the sale would be whether EPOMS, under its new owners, will continue to secure contracts from Petronas. “Or else [if not for Petronas’ jobs], it may be difficult,” he says.

A check on EPOMS’ website indicates that 12 out of 17 of its jobs thus far have been from Petronas or Vestigo, which would mean that some 70% of its contracts are from its parent or related entities.

While the price tag for the acquisition of EPOMS is not known, the Petronas outfit chalked up an after-tax profit of RM35.13 million on the back of RM317.73 million in revenue for its financial year ended December 2019.

As at end-2019, EPOMS had total assets of RM155.51 million while its total liabilities were pegged at RM38.42 million. For the period in review, it had retained earnings of RM86.08 million.

EPOMS has also been consistently paying dividends. It paid out RM12 million to its shareholders in FY2019 and a total of RM61.85 million over five years (from 2015 to 2019) to Petronas Carigali.

In an interview with The Edge in August this year, Petronas president and CEO Tengku Muhammad Taufik Tengku Aziz, was asked about the possibility of the national oil company divesting its assets. He replied, “High-grading our portfolio is a constant effort. There are some where we know beyond this current period or certain concessions, we have to make a call depending on where the price outlook is … We look at the entire portfolio regularly. If the time frame is right, if I can redirect my money to other parts of the portfolio, particularly bringing my gas to bear and my LNG (liquefied natural gas) portfolio to a faster fruition, I will redirect.”

For its six months ended June, T7 Global raked in RM3.24 million in net profit from RM106.41 million in turnover. For the corresponding period a year ago, the company registered a net profit of RM1.34 million from RM85.16 million in sales.

As at end-June, T7 Global had cash and bank balances, deposits and placements of RM112.74 million. During the period in review, the company had long-term debt commitments amounting to RM235.12 million and current liabilities of RM133.73 million.

T7 Global, for the period in review, had negative cash flow from operating activities of RM184.96 million. At its close of 34 sen last Thursday, it had a market capitalisation of RM218.68 million.

There was no response as at press time to an email to FPSO Ventures on a possible acquisition of EPOMS.

FPSO Ventures recorded after-tax profits of RM25.5 million from RM187.09 million in sales for its financial year ended December 2020. As at end-2020, it had retained earnings of RM108.94 million.

As at end-2020, FPSO Ventures had total assets of RM149.81 million and total liabilities of RM28.62 million. The company, which undertakes operations and maintenance services for O&G offshore floating systems, is 20% controlled by MISC Bhd, which in turn is a 51% unit of Petronas.

With a market capitalisation of more than RM31 billion, MISC is one of the largest companies on Bursa Malaysia and raked in more than RM968 million in net profit from revenue of close to RM5 billion for its six months ended June.