Pitfalls of the irrational mind – Part 1

Why do investors sometimes make irrational decisions? In the first of a three-part series, Dr Subramaniam Pillay of Taylor’s Business School attempts to explain this using behavioural finance. 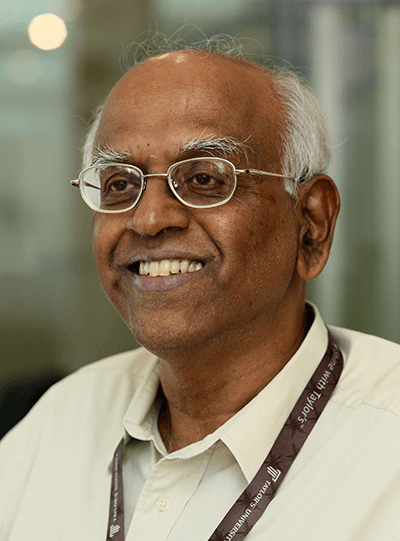 MARKETS are supposed to behave in a rational manner. This is the underlying premise of most economic theories. However, during times of boom and bust, all economic theories are out the window. Investors abandon sanity for either irrational exuberance or unmitigated panic.

“Behavioural finance is a relatively new area on the interaction between psychology and finance [that considers] the psychological factors in decision-making,” says Dr Subramaniam Pillay, an associate professor at Taylor’s Business School, Taylor’s University.

“It is about applying psychological theory to how people make financial and economic decisions, which don’t fit in with conventional economic theory. Human beings are rational when we can process information. But we also allow emotions to take over when we can’t, causing us to make irrational decisions.”

While psychology has always been a part of the study of economics, behavioural economics and finance has become more mainstream with the work of psychologists Daniel Kahneman and Amos Tversky. In 1979, the duo, in a paper titled “Prospect Theory: An Analysis of Decision Under Risk”, introduced a theory that attempts to explain decision-making in real life, as opposed to decisions made under theoretical, optimal conditions.

The prospect theory, which came about with the development of cognitive psychology, is known for being an alternative to the expected utility hypothesis, which posits that, when uncertain of the outcome, people make decisions based on what would give them the most satisfaction or happiness.

Those who push for behavioural finance, however, don’t agree. They believe that people evaluate losses and gains by using mental shortcuts to provide quick solutions. This, however, inevitably leads to errors and psychological biases.

Subramaniam observed such biases during the Asian financial crisis. His interest in behavioral finance stems from a lecture during his university days that was rekindled post-1997/98. While he mainly teaches economics, finance and accounting, his research focuses on behavioural economics, with a concentration on speculative bubbles.

“I saw how irrational people got. When the market panics, it becomes a self-fulfilling prophecy,” he says.

“In the beginning, there was a good reason to panic. If a company’s prospects alter because of the changes in the economy and you think it will run into difficulties, [you sell and the] share prices go down. But there are also people who just panic and sell because they think it will go down. And because they sell, it does go down.”

While Subramaniam did expect the market to fall during what became known as the Asian financial crisis, he was shocked at the extent of the crash. The sensible move would have been for investors to hold on to what they had or take advantage of the low prices to invest further.

“That’s the correct thing to do for an economically rational person. If you hold plantation stocks during a crisis, nothing is going to happen. The palm trees will still be there and people will still consume oil,” he says.

“So, how do you have this crazy crisis where prices become so irrational? A lot of people get fearful and no longer evaluate the situation in a rational manner. And once you aren’t rational, you make a lot of bad decisions. We saw the same thing happen during the dotcom bust and 2008 global financial crisis.”