Pitfalls of the irrational mind – Part 2

In the second part of this series, Dr Subramaniam Pillay, an associate professor at Taylor’s Business School, Taylor’s University, talks about psychological traps that investors risk falling into. 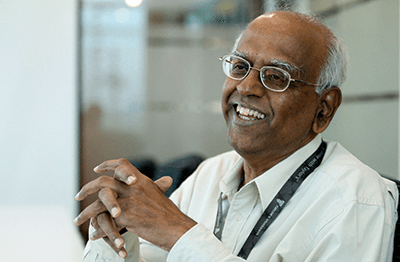 The herd is nearly always wrong

“You listen to rumours and your friends, who tell you it’s a good investment. You think the whole world is thinking like that. But your friends don’t represent the entire population; they are just reinforcing each other. That’s why it is important for the investor to think for himself and stand out from the crowd,” Dr Subramaniam Pillay, an associate professor at Taylor’s Business School, Taylor’s University says.

Another example of representative bias is in oil prices. A rational economist should see that the supply factor of oil is changing as the shale gas revolution in the US is not new.

“Anyone who cares to look will realise that the US is going to be a big producer of gas. Shale technology is changing oil economics. You know that US$100 to US$150 [a barrel] is not going to be sustainable. But everybody in Malaysia jumped onto the oil and gas bandwagon without looking at the big picture,” he says.

Another common psychological trap that hinders rational decision-making is the emotional investment in sunk costs, as people are often attached to what they pay for. This applies to both individual investors and companies.

However, what is taught in theory isn’t always easily translated into practice. An investor holding a RM2 share will adamantly hold on to it if he bought it at RM5, even if the company’s future does not look good.

“Most people will not sell in this situation, even though they feel the share price will not go up. They hope it will go back to RM5 before they sell, which is an incorrect decision,” says Subramaniam.

“In economic and finance theory, sunk costs are irrelevant. But for human beings, these costs are totally relevant,” he points out.

This is also true for companies that make investments in failing projects but cannot let go of them because of the money they have already spent. “Sunk costs are responsible for one of the strongest behavioural biases I see,” Subramaniam says.

Investors also make the mistake of being overconfident, a trait that Subramaniam describes as being similar to attribution bias. In this case, investors tend to praise themselves for a good investment decision, but blame everyone else when things go wrong.

“Let’s say you buy a house. When the market turns out well, you attribute the right decision to your intelligence even though most of us are not smart,” he explains. “But if things go wrong, say property prices drop, you attribute it to bad luck or blame other factors instead of admitting it was your mistake.”

Attribution bias can be risky, as it leads investors to keep making the same wrong decisions. This happens especially when the investor has a series of successes that are not due to his own intellect or knowledge, but luck.

“In this case, you would continue making decisions that turn out to be wrong in the end. You are overconfident, and all of us are like that to some extent,” Subramaniam observes.

Other common psychological traps that investors often fall prey to include anchoring and confirmation bias, which share similar traits. Anchoring is a cognitive error where less weight is placed on new information that contradicts a currently held view, while confirmation bias is more behavioural in nature.

“[Confirmation bias is when] we tend to search for and give more weight to information and opinions that agree with our pre-existing opinion. Contradictory information is deemed less reliable and often ignored,” Subramaniam explains.

The political arena is one that displays this frequently, for example with electoral results. When previous outcomes are similar, people get anchored to them and expect similar outcomes in the future.

This also happens with daily habits, like reading the newspaper, illustrates Subramaniam. When you don’t have time to read the entire paper, you only read news that reinforces your existing beliefs.

“When you have a preconceived view, you immediately absorb it [the news item]. But if the news is negative or against your beliefs, you will say it is wrong,” he adds.

Subramaniam recalls an instance when he was a victim of confirmation bias. He was then invested in Neptune Orient Lines Ltd, a Singapore government-linked shipping company. Its share price fell during the 2008 financial crisis, and the mistake he made at the time was to sell his shares only a year later.

“There was a glut in the shipping industry. There were too many ships and freight rates were going to go down. As a rational economist I could see that, yet I didn’t act on it. I told myself there are lots of new ships, but they are to replace the old ones, and trade will increase anyway,” he says.

In hindsight, Subramaniam says he had an anchoring bias because he discounted news that opposed his views, and gave more subjective weight to what confirmed his views.

“The shares dropped to below my purchase price before I sold them. I didn’t sell the stock [immediately] because it was only a small portion of my portfolio, and because I overrated myself. I thought that since it was a Singapore government-linked company, it would be fine. Also, the selling decision is harder than buying because of the sunk costs bias.”

What investors should do to get over their biases is to always test them. One way to do so is to spend more time investigating the validity of opinions that oppose their biases instead of confirming them.

“Don’t spend more time on research that confirms your bias. Look at people who challenge you. Don’t discount those ideas or trends; investigate their validity. If you can read up, take this into account when making a decision. Knowledge of all this helps, although it is not easy,” says Subramaniam.