Police to question all parties involved in rally near Dataran Merdeka 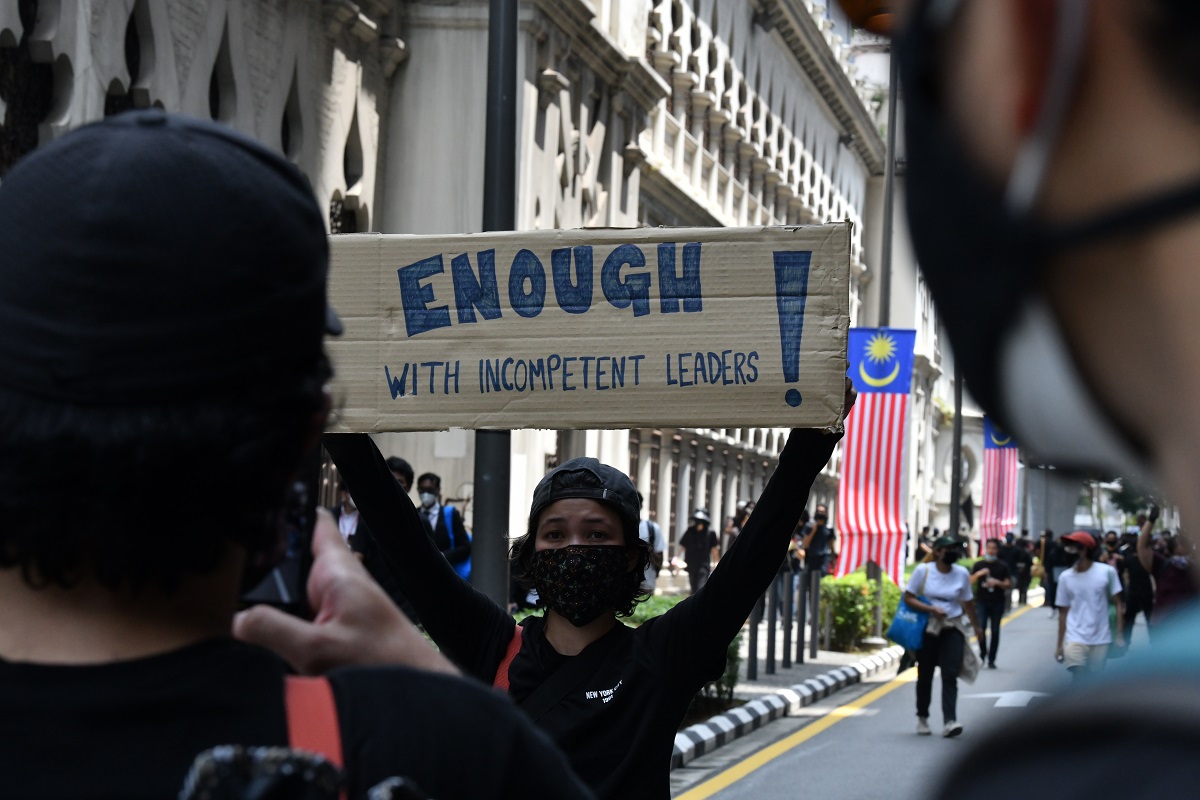 Mohamad Zainal said although the rally was peaceful, it was clearly against the rules, and a total of 400 participants had joined the rally. (Photo by Sam Fong/The Edge)

He said although the rally was peaceful, it was clearly against the rules, and a total of 400 participants had joined the rally.

"The rally was peaceful but the police will take follow-up action because it clearly violates Regulation 10 of the Prevention and Control of Infectious Diseases (National Recovery Plan) 2021," he said in a press conference held at the Dang Wangi District Police Headquarters.

He said no one was allowed to assemble or engage in any gathering in any place, whether for religious, social, sports, wedding or cultural activities.

He said the participants were planning to assemble at Dataran Merdeka, so the police had prevented them from entering the area.

"Therefore, they held the rally outside the Dataran Merdeka area, and we gave them time to disperse," he said.

Commenting on the compliance with standard operating procedures (SOPs), Mohamad Zainal said the rally participants wore facemasks, however, physical distancing was not being observed.

“Physical distancing is difficult to control, because sometimes, we forget how close we are to each other. No arrests were made during the rally," he said, adding that the police had stationed 300 personnel to control the crowd.