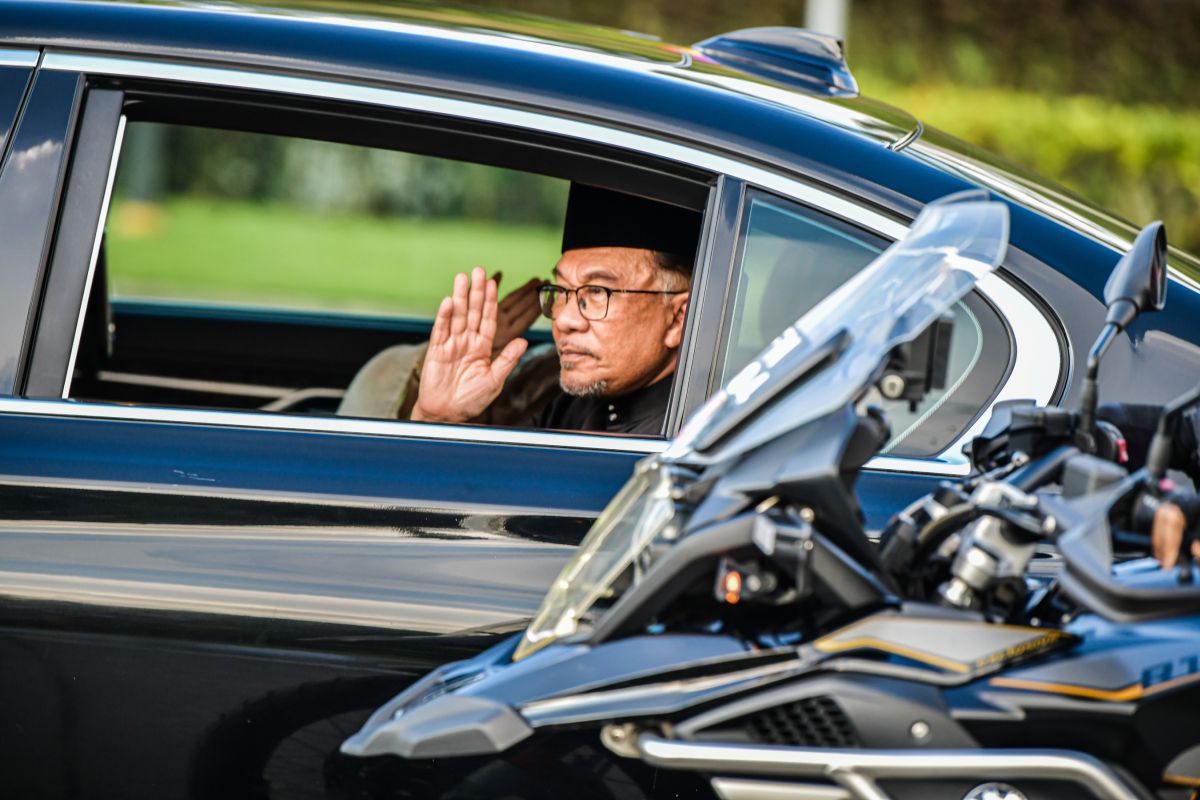 KUALA LUMPUR (Nov 24): The calm after the storm. The 15th General Election is over and Pakatan Harapan's (PH) Datuk Seri Anwar Ibrahim is now the 10th Prime Minister.

Political leaders are now coming forward to express their congratulations and offer advice to Anwar on his appointment.

He also said he respected His Majesty's decision for the formation of a unity government to develop the economy for the well-being of the people.

“Hopefully, under the leadership of the new Prime Minister, we can eradicate the politics of vengeance and avoid any divisions in a plural society.

“The future of the nation should veer towards moderation and celebrate diversity. May the country move towards stability and prosperity," he said in a Facebook post on Thursday.

Bung Moktar, in his tweet, congratulated Anwar after he ended his more than 20-year wait when he was sworn in as the Prime Minister before His Majesty on Thursday evening.

“Do your best for the people and country,” he tweeted.

Mukhriz, meanwhile, hoped that the formation of a new government comprising Pakatan Harapan, BN, Gabungan Parti Sarawak and other parties would stabilise the situation after more than two years of political turmoil.

He also said the people are hoping for a government that will focus on the economic crisis, which is expected to be worse next year, rising goods prices that are a burden and the life-threatening Covid-19 pandemic.

“Pejuang is praying for the government under Anwar's leadership to push Malaysia out of this turbulence and revive the country, thus putting it back on track,” he said in a statement on Thursday.

Arutchelvan concurred and said in a statement that PSM hoped he would strive to unite the whole nation and protect the interests of the people.

"The high cost of living must be reduced while the government's revenue must be increased. (Provide) education and (produce more) highly-skilled young people. Develop rural areas. Be fair to all races. Turn Malaysia into a great nation,” he tweeted.

UMNO president Datuk Seri Dr Ahmad Zahid Hamidi, meanwhile, prayed that Malaysia would continue to improve under the Anwar-led unity government and hoped that all parties would welcome his appointment.

“Although it has taken several days and the process eagerly followed by the whole world, we are thankful to Allah that everything went well, without any untoward incident,” he said in his Facebook post.

The BN chairman also said that all parties must abide by the Yang di-Pertuan Agong’s decree to work together to develop the country as well as avoid a political crisis that could slow down the country’s economic growth and development.

“Everyone must accept the decision because it has been examined in detail by His Majesty and the Malay Rulers,” he said.