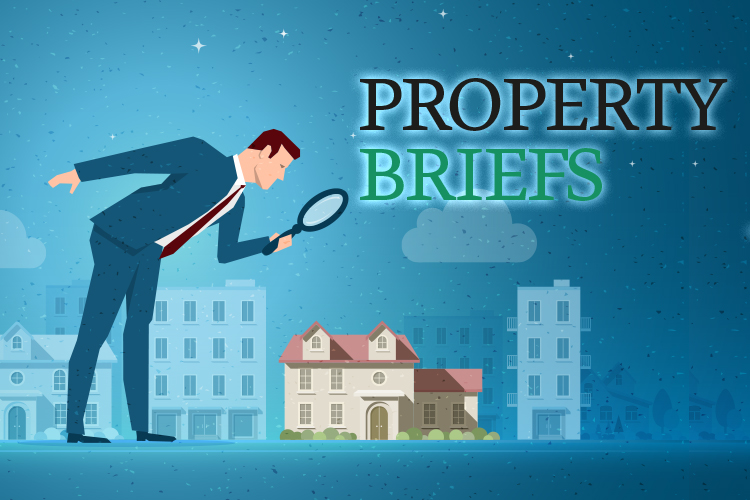 Speaking to reporters after the annual general meeting on Sept 26, managing director-cum-CEO Datuk Sia Teong Heng noted that typically, its sales target has been around RM300 million.

“We will definitely see a better bottom line this [financial] year and we are confident of meeting our RM300 million sales target,” he said.

In the next five years, SBC sees opportunity in tourism-related development. However, Sia said he will not rule out other types of development, including affordable housing, if the opportunity arises.

Sunway, NEC sign MoU to develop smart city solutions in Sunway Iskandar
Sunway Iskandar and NEC Asia Pacific Pte Ltd have signed a memorandum of understanding (MoU) to explore a collaboration that aims to augment safety and security for the 1,800-acre Sunway Iskandar township in Johor.

The two sides are also seeking to develop smart city solutions in an Innovation Centre of Excellence.

In a joint statement on Sept 25 , they said the MoU will see the appointment of NEC Asia Pacific as one of Sunway Iskandar’s preferred ICT vendors.

As part of the MoU, NEC will explore the implementation of the latest NEC technologies, including biometrics and video analytics, towards making Sunway Iskandar a smart, secure and sustainable township.

It will also explore the establishment of a one-stop service desk support centre for its managed service business in Sunway Iskandar, and the creation of an Innovation Centre of Excellence in Sunway Iskandar in partnership with Sunway iLabs, which may eventually create hundreds of job opportunities over the years. — theedgemarkets.com

In a filing with Bursa Malaysia, MLabs said Next Gen Biosciences had entered into a sales and purchase agreement with Venus Assets Sdn Bhd.

The subdued high-end property market provides a good opportunity for the group to acquire the property with good value, MLabs said, adding that the property is strategically located in KL City Centre, carries the “Four Seasons” brand, and has strong prospects for capital appreciation and will be able to generate rental income for the group.

“Barring unforeseen circumstances, the acquisition is expected to be completed within six months from the date of the SPA,” MLabs said.

Bina Puri cautious on FY2018 construction outlook
Bina Puri Holdings Bhd said it is cautious about the performance of its core construction business for the remaining months of its financial year ending Dec 31, 2018 (FY2018), following the slew of changes to projects after the 14th general election (GE14).

“After GE14, there has been a lot of cancellations of mega projects, and delays over [calls for] tender. There is a possibility [that our construction business will remain in the red for the remainder of the year], if no new projects come on board,” group executive director Datuk Matthew Tee Kai Woon told reporters after its extraordinary general meeting on Sept 24.

According to Tee, the construction division contributes about 90% to group revenue. For its financial period ended June 30, 2018, the segment incurred a loss before tax of RM6.9 million, on revenue of RM216.1 million. This compares with a profit before tax of RM1 million and revenue of RM488.7 million in the corresponding period last year.

However, Tee said the group remains hopeful the business environment will improve and will actively tender in projects, despite recent unsuccessful bids for the Affin Bank new headquarters and the Lendlease project in Tun Razak Exchange.

As at Sept 24, the group had a construction order book of RM1 billion and tender book of nearly RM5 billion, comprising mostly building works.
At the EGM, shareholders approved its proposed private placement of up to 92.12 million shares, or 30% of its enlarged issued shares, to raise RM21.88 million.

Of the total proceeds, about RM17.51 million will be used as working capital and RM3 million for repayment of bank borrowings, while the balance of RM675,000 are estimated expenses for its corporate exercise.

Tee said the corporate exercise was undertaken in preparation for any capital crunch that the group may face while it awaits calls for tenders.

In a filing with the stock exchange Sept 21, Country Heights founder and chairman Tan Sri Lee Kim Yew said the company is seeking endorsement from its shareholders for the venture at its upcoming extraordinary general meeting on Nov 8.

The group said the main and defining difference of the Horse Currency and all the other cryptocurrencies available in the Malaysian market is that this currency is backed by the company’s assets — in short, it is an ABC (asset-backed cryptocurrency).

When launched, the Horse Currency will mainly be used as a utility token, a reward token and for the group’s royalty programme for businesses, products and services under its new business strategies, such as stays at the Palace of the Golden Horses, restaurants, golf memberships, private jet trips, Car City Centre, medical treatments and checks at Golden Horses Health Sanctuary.

The group is also looking at allowing the Horse Currency to be used as legal tender in purchasing and leasing the group’s unique properties scheme, especially its resort properties.

For the ICO, Lee proposes to issue one billion units of Horse Currency, backed by RM2 billion worth of the company’s assets, with an initial 300 million units open for circulation to the public. The assets will be placed in a trust held by a reputable legal firm.