Qantas aims for international travel from December as loss narrows 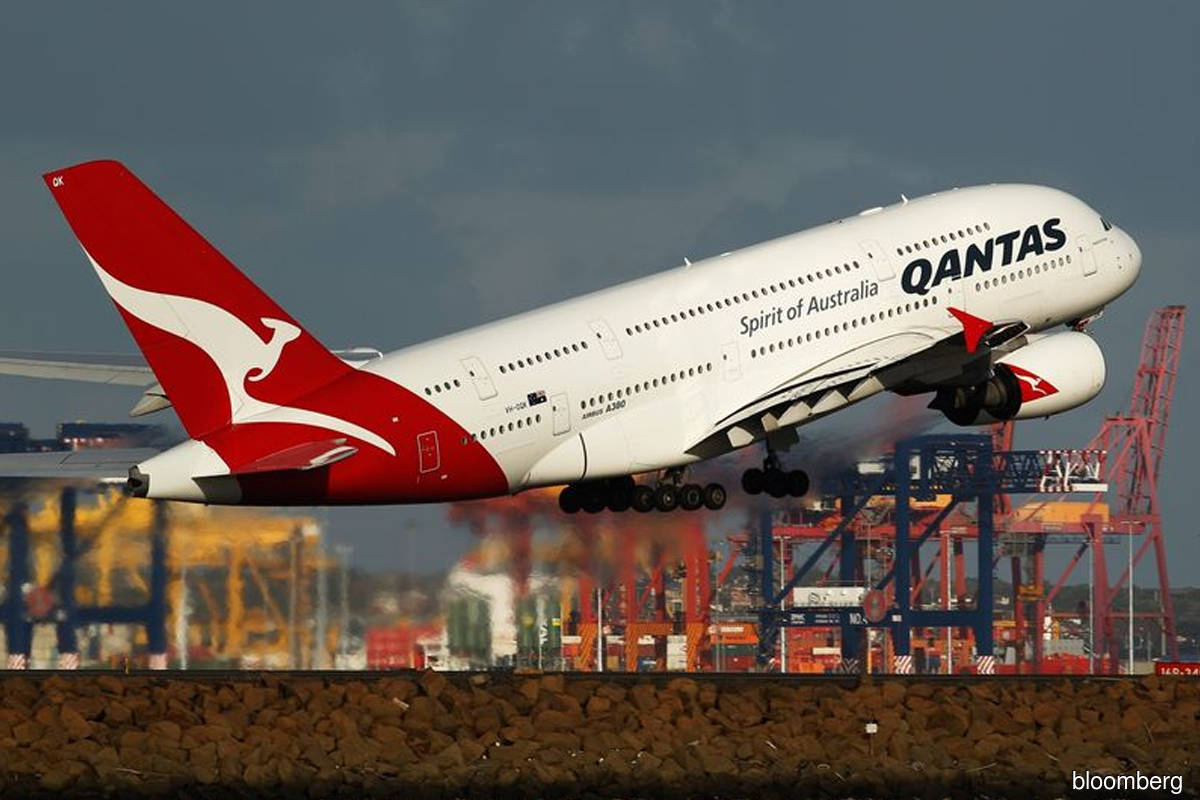 SYDNEY (Aug 26): Qantas Airways Ltd on Thursday said it was preparing for international travel with countries with high vaccine rates to resume in December, sending shares higher, as it reported a narrower annual loss of A$1.73 billion ($1.26 billion).

The airline, which grounded its international fleet in March 2020 due to closed borders, said it planned to bring back five of its 12 Airbus SE A380 super-jumbos by mid-2022 to fly to the United States and Britain, a year earlier than previously forecast.

It is a hopeful sign for travel in the Asia-Pacific region, where borders are largely closed and international travel is 95% below pre-COVID levels, though the Qantas plan is dependent on government decisions. Shares rose as much as 3.7% in early trading.

Australia set a target last month for 80% of adults to be fully vaccinated for a calibrated reopening of its international borders.

At present, more than half the population is locked down due to COVID-19 outbreaks and just over 30% are fully vaccinated, though forecasts say the country could reach 80% by the end of the year as more doses of imported vaccines arrive.

"When Australia reaches those critical vaccination targets later this year and the likelihood of future lockdowns and border closures reduces, we expect to see a surge in domestic travel demand and a gradual return of international travel," Qantas Chief Executive Alan Joyce said.

Flights to places with lower vaccination rates like Indonesia, the Philippines, Thailand and South Africa would restart from April 2022 at the earliest, it added.

"One of the biggest unknowns is the quarantine requirements for fully vaccinated travellers entering Australia," Joyce said. "If it's 14 days in a hotel, demand levels will be very low. A shorter period with additional testing and the option to isolate at home will see a lot more people travel."

The airline forecasts international capacity will reach 30% to 40% of pre-COVID levels in the third quarter and 50% to 70% in the fourth quarter.

It will not revisit an order for up to 12 Airbus SE A350 planes capable of non-stop Sydney to London flights until borders reopen, Joyce told reporters, adding that two A380s would be retired.

Qantas reported underlying earnings before interest, tax, depreciation and amortisation (EBITDA) of A$410 million for the 12 months ended June 30, in line with the average figure expected by 11 analysts polled by Refinitiv.

The statutory loss of A$1.73 billion, including impairments and restructuring charges, was better than last year's A$1.96 billion loss.

The domestic market had performed strongly in the fourth quarter when state borders, often closed at times of small COVID-19 outbreaks, had been largely open.

But the country's most populous city, Sydney, has been in lockdown since the end of June and the airline this month said it was temporarily idling about 2,500 employees without pay for at least two months as it cut capacity due to lower demand.

Qantas said recent outbreaks and the suspension of a travel bubble with New Zealand were expected to lower the company's underlying EBITDA by around A$1.4 billion in the first half.