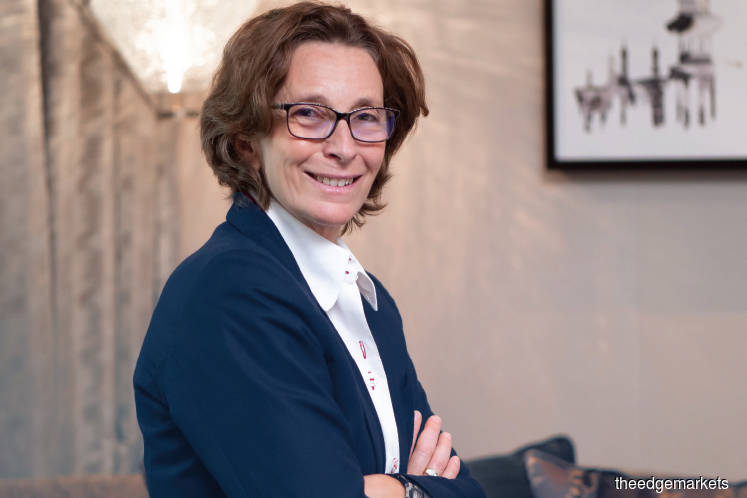 Valérie Chapoulaud-Floquet’s immense experience in the world of luxury is proving to be a boon for Rémy Cointreau. Diana Khoo speaks to the chief executive of one of the world’s great houses in cognac, liqueurs and spirits.

Four years is but the blink of an eye for a maison whose heritage and history span centuries, but it is impossible to overlook the impact Valérie Chapoulaud-Floquet has had on the house of Rémy Cointreau since her appointment as CEO in September 2014. Overseeing the group’s extensive portfolio — which ranges from the super-premium cognac Louis XIII to the flagship Rémy Martin, the liqueurs Cointreau and Passoã, Mount Gay rum, the Greek spirit Metaxa that is a blend of brandy and wine, The Botanist gin, Bruichladdich single malt and, most recently, two new additions to the whisky family — Domaine des Hautes Glaces and Westland Distillery — it is safe to say Chapoulaud-Floquet’s reputation precedes her.

Tall and lean, she exudes a sense of nonchalant chic in her custom Loro Piana suit accented by Roger Vivier slides as we meet at the new Four Seasons Hotel Kuala Lumpur. It is still early in the morning but she has already breakfasted and toured the hotel, the site for the country’s first Louis XIII room where the “King of Cognacs” will be paired with superlative Chinese cuisine from Yun House, the property’s stunning Chinese restaurant.

Chapoulaud-Floquet is warm and friendly but, clearly, a woman who is supremely efficient and with no time at all to waste (her minders remind me she has to rush off within the hour to catch a flight to Jakarta). She speaks in staccato, beguilingly tempered by her distinct French accent. A quick scan of her CV drives the point home hard. Chalking up over 20 years of international experience with L’Oréal (across three continents, no less) followed by half a dozen years at Louis Vuitton, such is her gravitas that when news of her appointment as CEO of Rémy Cointreau broke, the company’s share price hit a six-month high.

For the full story, pick up a copy of The Edge Malaysia (December 10, 2018) at your nearest news stands or visit optionstheedge.com.