US recession ended in April 2020, making it shortest on record 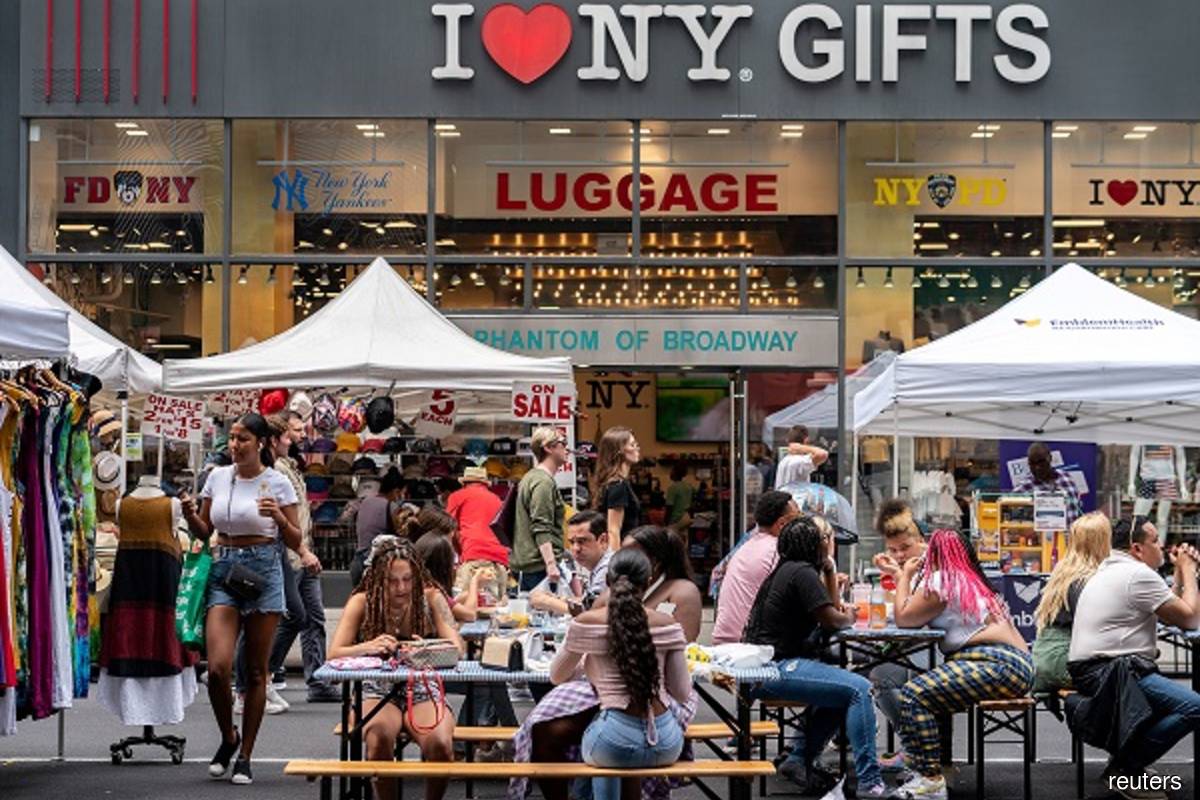 People shop at a street fair near Times Square in New York City, US on July 11, 2021. (Photo by Jeenah Moon/Reuters filepix)

WASHINGTON (July 19): The US recession touched off by the coronavirus lasted only two months, ending with a low point reached in April 2020, after the start of a sharp drop in economic activity in March of that year, the US Business Cycle Dating Committee announced Monday.

The committee, a group of macroeconomists who assign the start and end dates of US business cycles, said that while the country had by no means gotten back to normal operating capacity at that point, indicators of both jobs and production "point clearly to April 2020, as the month of the trough," with a rebound beginning in May.

Indeed, the resumption of growth was so rapid the committee said it was only "the unprecedented magnitude of the decline" that led members to consider what happened to be a recession in the first place, with a downturn typically requiring "depth, duration and diffusion" to qualify for the label.

Around 22 million jobs disappeared from company payrolls in March and April of that year, an event that sparked concern about a new Depression and led Congress and the White House to approve the first of several massive relief packages to keep firms and households afloat.

The designation of the recession's end date is of historical note, but also relevant to research on the dynamics of business cycles and, in this case, into how that historic policy response played out.

The announcement makes the pandemic recession by far the shortest on record, at two months only a third as long as the six-month downturn at the start of 1980, and a fourth as long as the recession that followed the collapse of the tech bubble in 2001.

That alone may feed arguments in favour of the "cash-first" approach fiscal policymakers have taken to fighting this pandemic through repeated household support payments, expanded unemployment benefits, and liberal financing for small businesses.

It also highlights the still open debate over how fast the US economy will get back to normal, and what that will mean. Measured by output, the country may already have recovered; measured by employment, it is still far short, with the biggest economic scars threatening lower wage and less educated workers.

Amid what became a divisive national conversation over masks and lockdowns, some 2.8 million people were brought back to work in May of 2020, and over the next year about 15 million jobs were recovered. More than 7 million jobs remain lost.

Employment "reached a clear trough in April before rebounding strongly the next few months and then settling into a more gradual rise," with incomes rising as well, the committee said in a statement released through the National Bureau of Economic Research.

With coronavirus infections again increasing and a national immunization drive stalled with less than 60% of the eligible population vaccinated, fears of a new slowdown have increased.

The S&P 500 and the Dow Jones Industrial Average were both down more than 2% by midday, and US 10-year Treasury yields fell to a 5-month low.