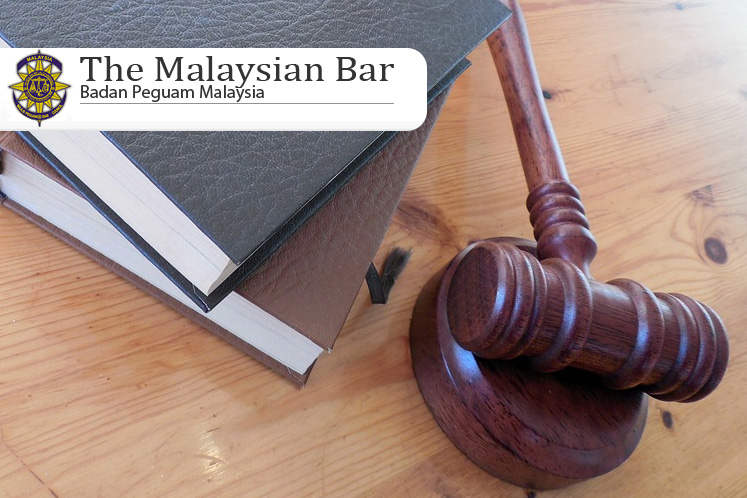 KUALA LUMPUR (April 27): The Malaysian Bar is concerned that the standard operating procedure (SOP) drawn up by the Ministry of International Trade and Industry (MITI) is too stringent, and this has affected the ability of law firms to operate.

Bar president Salim Bashir in a statement said while it recognises the rationale and purpose of the implementation of the movement control order (MCO) and commends the government for taking firm and decisive steps to combat Covid 19, law firms should be allowed to operate

“As we draw to the end of the third phase and enter the fourth phase of the MCO, the strain on our economy and systems of national commerce is being pushed to the limit. It has been recognised that the unprecedented challenges and economic and financial devastation wrought by Covid 19 will continue to cast a shadow on our nation for the foreseeable future.

“As the Malaysian Bar is the regulator of the legal profession, it wishes to point out that the legal services industry plays an important role within the Malaysian economic and legal ecosystem, supporting sectors that constitute essential services.

“Law firms are directly involved in facilitating foreign direct investment, domestic trade, banking and commercial matters, which contribute to the nation’s gross domestic product. Lawyers and law firms must be recognised as suppliers that enable the delivery of essential services,” he added.

Lawyers, Salim said, provide legal representation within the criminal justice system, and those who assist in settling commercial and civil disputes through the courts are equally important and also contribute to vast aspects of the legal ecosystem and the Malaysian economy.

Expressing concern if the situation persists, the Malaysian Bar president reminded that the economic health of law firms would be impaired, and there would be very real prejudice, adverse consequences and “knock-on effects” on sustainable recovery of the Malaysian economy.

“If no adjustments are made, then there are also real risks to tens of thousands of jobs, the majority of which are held by non-legal staff of law firms within the legal services sector.

“The Malaysian Bar therefore calls on the government to provide leeway to law firms to operate during the period of the MCO.

“The legal profession plays a critical and irreplaceable role in the economy by supporting and enabling the real property and banking sectors, as well as operations that include contracts and transactions, the capital markets, debt recovery, insolvency and intellectual property protection,” he reminded.

It was previously reported that de facto Law Minister Datuk Takiyuddin Hassan said law firms within green zones would be the only ones allowed to operate during the MCO.

However, the proposal sanctioned by MITI was questioned as most of the legal firms operate within red zones of Covid 19, therefore rendering the suggestion ineffective.

He listed the Land Offices, commissioners for oaths, Inland Revenue Board, Companies Commission of Malaysia, and various local authorities and government agencies as examples which need to also operate in tandem with legal firms.

“The Malaysian Bar recognises that since the outbreak of the Covid 19 pandemic, the legal profession cannot go back to a mode of operation practised before the outbreak.

“We therefore accept that we will have to work with the government to come up with an SOP that will incorporate the requirements and guidelines from the Ministry of Health, which is [also] practical and cost-effective. To this end, the Bar Council has been in contact with MITI and other relevant government authorities in our efforts to move things forward, which are presently too stringent,” he said.

Salim said it is imperative that law firms and their employees survive the challenges of Covid 19 and the extended MCO by allowing them to operate — if the nation hopes to successfully recover from the global pandemic.