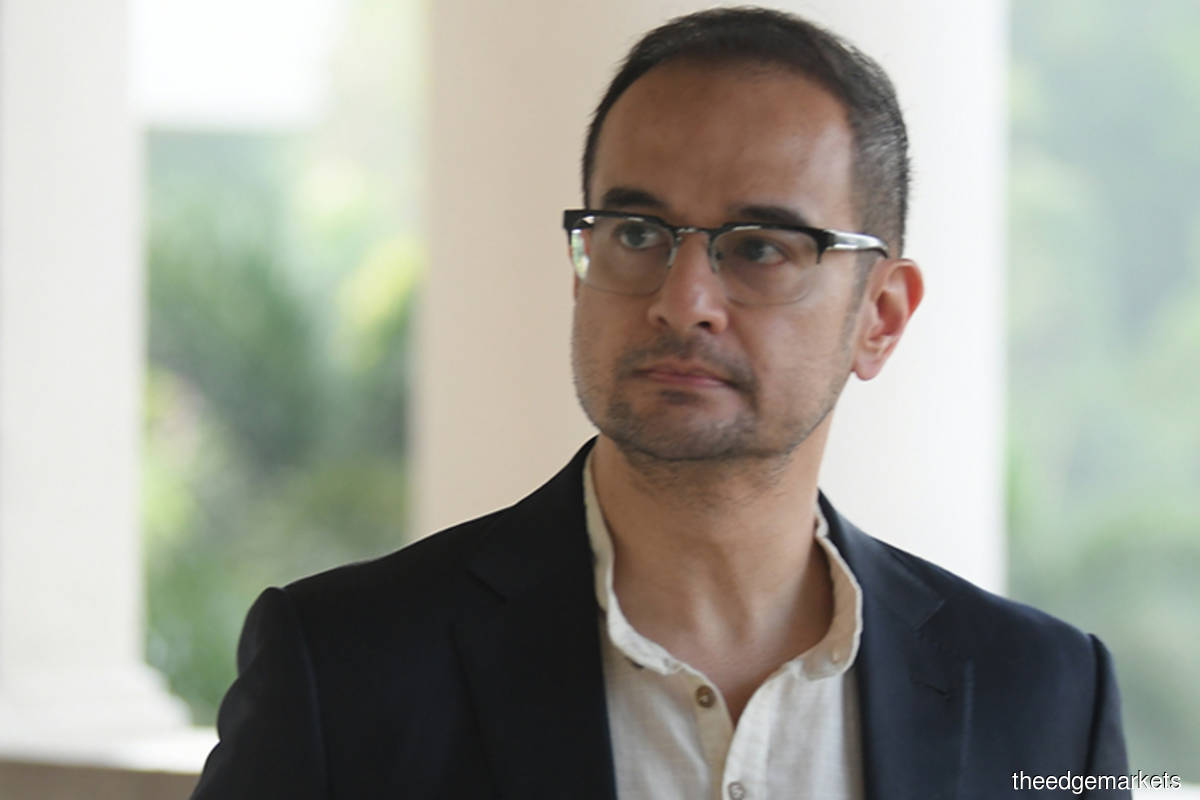 In the statement of claim, 1MDB described that Riza (pic) received the money in 2009 following a sham agreement. (Photo by The Edge)

The firm filed a memorandum of appearance for the three of them on Tuesday morning as the case was called for case management before High Court deputy registrar Syeela Marlina Uttaman. Another case management date has been fixed for Nov 9.

The memorandum as checked by theedgemarkets.com was addressed to the High Court registrar and 1MDB's solicitors from Messrs Shearn Delamore.

She along with Datuk Hariharan Tara Singh represented Riza in the criminal case.

Scivetti when contacted confirmed that her firm will be representing Riza and the two companies.

Meanwhile, co-counsel Hariharan said the court has directed them to file Riza's and the companies' defence by Oct 25.

1MDB along with its subsidiaries 1MDB Energy Holdings Ltd, 1MDB Energy Ltd and 1MDB Energy (Langat) Ltd filed the writ for the suit in May, and the companies filed the statement of claim (SOC) earlier this month.

'Riza should have known money misappropriated from 1MDB'

The Edge Malaysia weekly in this week's edition reported it was claimed in the SOC that Riza should have known the US$248 million which he received between 2009 and 2012 was misappropriated from 1MDB and its subsidiaries via fugitive businessman Low Taek Jho (Jho Low).

The weekly further reported 1MDB as claiming in the SOC that Riza was wilful and reckless in failing to make inquiries as to the source of the funds which benefitted him and the two companies that led to the production of three movies, namely the award-winning The Wolf of Wall Street, Dumb and Dumber To and Daddy's Home.

“By virtue of his (Riza) close relationship with both Najib and Jho Low, it is to be inferred that Riza had actual knowledge that the funds received were misappropriated from 1MDB, and/or constructive knowledge by wilfully and recklessly failing to make relevant inquiries as to the source of the misappropriated funds, such that it would be unconscionable for the defendants to be permitted to retain the benefit of the money received.

“Riza did so dishonestly in that he knew or suspected that the funds being received were misappropriation of the property of 1MDB, and/or he ought not to have turned a blind eye to, or deliberately [did not ask] questions in relation to, the source of the misappropriated funds,” according to the SOC.

The prosecutors dropped the criminal money laundering charges against Riza last year, where the Hollywood producer was given a discharge not amounting to an acquittal, but the filing of the suit showed that Riza, who is the son of Najib's wife Datin Seri Rosmah Mansor from her previous marriage, is not completely off the hook.

Besides being used to finance the three films, the monies from 1MDB were also reportedly used to purchase luxury real estate in New York, California and London.

1MDB is seeking a declaration from the High Court that the defendants are liable to the sum of US$248 million, and for an order for them to pay back the sum or such other sum as the court thinks fit.

In addition, 1MDB is seeking a declaration that the company is entitled to trace the sum of the US$248 million to the receipt and use of the money by the defendants.

In the SOC, it described that Riza received the money in 2009 following a sham agreement 1MDB entered with PetroSaudi Holdings (Cayman) Ltd, which was disguised as a subsidiary of PetroSaudi International Ltd for a joint venture (JV) called 1MDB PetroSaudi Ltd that led to US$700 million from the US$1 billion fraudulently transferred to Jho Low-controlled Good Star Ltd.

Of the US$700 million, Red Granite Pictures received US$10 million. Then in 2012, Red Granited Capital received an additional US$238 million from misappropriation from 1MDB's subsidiaries via a capital-raising scheme to acquire energy assets, also reportedly courtesy of Jho Low.