Rehda optimistic about the market in 2019 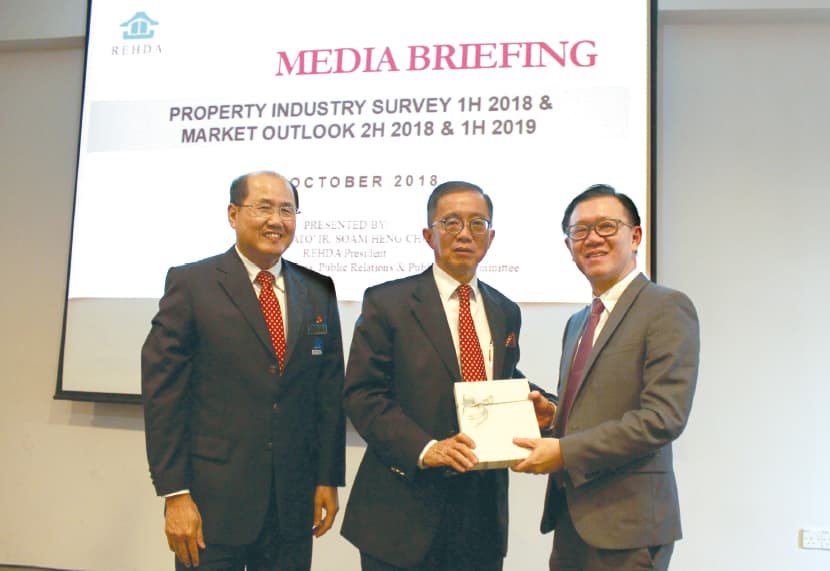 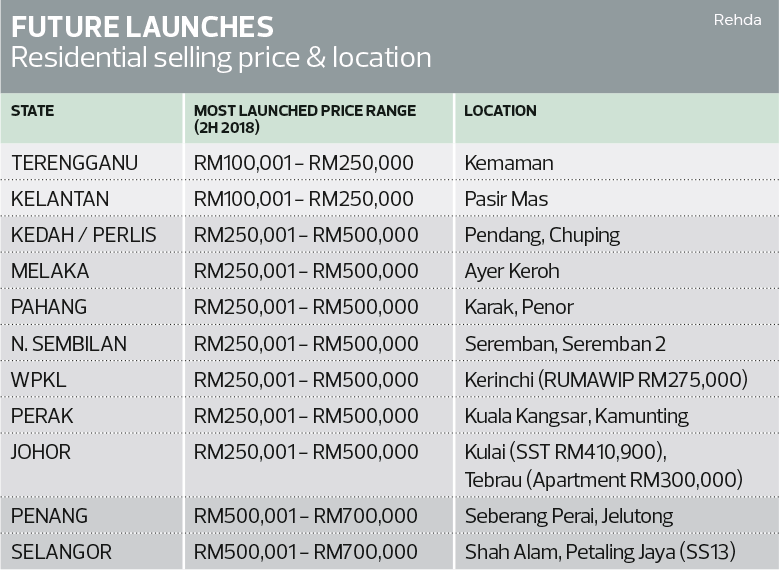 A total of 15,852 units, comprising strata, landed and commercial properties, are expected to be launched in the second half of the year (2H2018) compared with 13,233 units in the previous period, says a property industry survey for 1H2018 conducted by the Real Estate Housing and Developers’ Association (Rehda) among   its members in Peninsular Malaysia. A total of 152 of its members participated in the survey.

“The majority of the respondents are neutral on the market’s outlook for 2018. However, they are optimistic about it in 2019,” said Rehda president Datuk Soam Heng Choon at a media briefing on Oct 10.

According to the survey, sales performance grew 6% in 1H2018. “In 1H2018, 2 to 3-storey terraced houses, and apartments and condominiums were the most sold properties,” Soam added.

“The number of 2 to 3-storey terraced houses sold during the period was 2,858, the majority of them in Sepang and Shah Alam, while the apartments and condos sold totalled 2,047, mostly in Cheras and Segambut.

“First-time homebuyers continued to make up the majority of the purchasers. About 42% of them were owner-occupiers while 35% purchased for family members.”

As for affordable housing, the percentage of developers that included this component in their developments increased to 47% in 1H2018, according to the survey. A reduction in development charges, lower land conversion premium and exemption of capital contribution were the top three suggestions from respondents to encourage the provision of affordable housing.

About 39% of the loan rejections were for properties priced RM500,000 and below. The contributing factors included lower margin of financing offered, ineligibility due to buyers’ income and adverse credit history, Soam pointed out.

In terms of operations, there was an overall increase of 8% in the cost of doing business in 1H2018 compared with 6% in 2H2017. About 93% of the respondents said they were affected by the current economic scenario with compliance costs remaining the top factor affecting developers’ cash flow in 2H2017 and 1H2018. This was followed by material, labour and land costs.

According to the survey, the top three measures undertaken by the affected respondents to boost sales were aggressive participation in online, social-media marketing and property portals, assisting buyers with the first 10% down payment and enhancing product innovation and creativity.

The top three items on the respondents’ wish list for the new government were a review of the bumiputera quota policy (to have a transparent and automatic release mechanism), a reduction in compliance costs and for the government to take on a bigger role in providing social and public housing.

“We have submitted a wish list [for Budget 2019]. It is not an easy thing to manage the budget and we don’t expect all our wishes to be granted. However, we would like the government to look into matters such as homeownership and the cost of doing business. Another wish is for the planning authorities to look at more robust planning guidelines,” concluded Soam.