Revival of an iconic landmark in KL 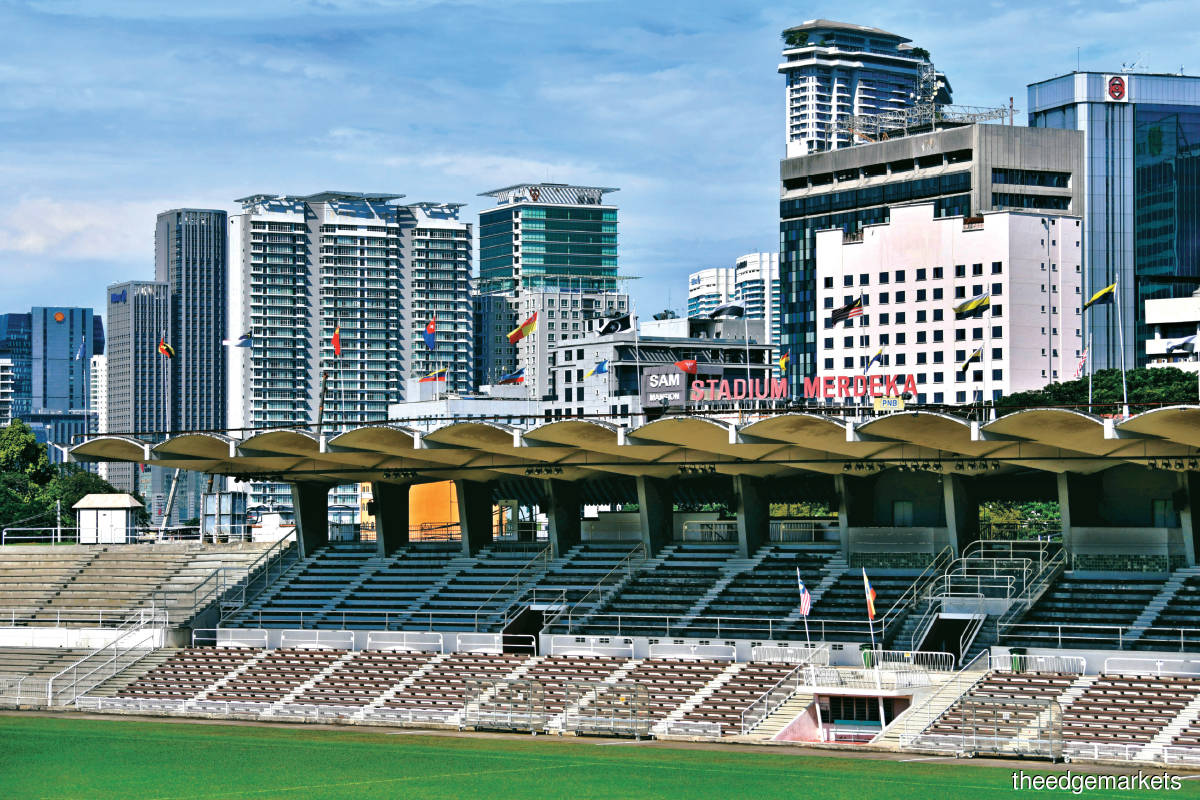 Walking into the impressive and historic Stadium Merdeka brings back fond memories and an overwhelming sense of pride and patriotism.

As the PNB Merdeka Ventures Sdn Bhd team and I share vivid memories of our personal experiences at the stadium — from the Malaya Cup in 1957, Olympics qualifying tournament in 1980 and SEA Games in 1989 to the Justin Bieber concert in 2011 — we marvel at the terrain of the field and the rest of the site, which is being restored to its former glory.

Although some parts are still being constructed and covered in scaffolding, the finer details of the stadium, from its mosaic tiles and concrete floors to the running track, can already be seen — bearing a charming resemblance to what the stadium used to look like in the 1950s.

According to PNB Merdeka Ventures, the restoration process included the removal of the seating terraces — which had increased the seating capacity to 45,000 for the 1989 SEA Games — and returning the stadium to its original capacity of 20,000. The rubberised track has been removed and the football field reinstalled, while new carpets that look similar to the ones used in 1957 have been laid in three VIP rooms.

“We also changed the display board to its original form and redid the floor of the main entrance using mosaic tiles,” says Permodalan Nasional Bhd (PNB) president and group chief executive Ahmad Zulqarnain Onn as we examine the historical site.

Dubbed one of the most iconic historical landmarks in the country, Stadium Merdeka is the site of the formal declaration of independence of the Federation of Malaya on Aug 31, 1957, as well as the proclamation of Malaysia on Sept 16, 1963. Formerly the home ground of professional football club Selangor FC, the stadium has since hosted many significant football matches, events and concerts. It is recognised by the Unesco Asia-Pacific Heritage Awards, and received the Award of Excellence in 2008. Ahmad Zulqarnain: After the land was acquired in 2000, there was a need to create a focal point within the area and we saw an opportunity to unlock its value (Photo by Pictures By Sam Fong/The Edge) Ab. Aziz: With the stadium being restored, it will be an opportunity to host sports events in a big way, especially for football clubs

The current site is enveloped by PNB Development Sdn Bhd’s mega project, Merdeka 118, and forms part of the development. Upon its completion next year, the 118-storey tower will be the world’s second-tallest tower as well as the first building in the world to have triple platinum green building accreditations. Stadium Merdeka is located at the centre of the development and will also be opened late next year.

“After the land was acquired in 2000, there was a need to create a focal point within the area and we saw an opportunity to unlock its value as the area was due for a revival,” says Ahmad Zulqarnain.

“As far back as the planning stage, we knew that Merdeka 118 would have the potential to be a new centre of commerce, culture and heritage in KL. It was recognised then that the heritage of the site had to be retained and integrated into the master plan as an iconic landmark.”

The group invested RM5.2 million for Phase 1 and RM8.5 million for Phase 2 for a total cost of RM13.7 million. PNB Development and PNB Merdeka Ventures are banking on the surrounding areas of Kuala Lumpur city centre and the neighbouring Chinatown to bring more vibrancy to the development and inject more excitement in the newly enhanced site.

“Stadium Merdeka is the heart and soul of this project. Everything is designed around its original concept. It is important for us to activate the [components] of the stadium and for it to be a good public space, not just a place for you to watch football on the weekend. The stadium is designed to encourage the free flow of people going into and coming out of the precinct, and within the precinct itself.

“We are making a lot of effort to ensure that the stadium integrates well with the existing community. There is a huge demand for these types of public spaces,” says Ahmad Zulqarnain.

The group plans to make the most of the development’s strategic location. “We are working closely with Think City to run programmes with the community. We recently launched a grant programme where we invited people to come up with proposals for ideas that would benefit the community as well.

“The value of the site lies in its surrounding community as well as its heritage, with ‘neighbours’ that make up the historical fabric of the area. We have Chin Woo Stadium — the first facility in Malaysia with an Olympic-size swimming pool — as well as one of Malaysia’s premier schools, the Victoria Institution or VI.” A short distance from Merdeka 118 is café and restaurant Merchant’s Lane and many other dining options in Chinatown. “Located just across from us is Kampung Attap, a creative hub. These attributes explain the significance of this prime location that is set to become Malaysia’s place of celebration,” says Ahmad Zulqarnain.

PNB Merdeka Ventures CEO Tengku Datuk Ab. Aziz Tengku Mahmud says, “Merdeka 118 is being developed with a mission of promoting cultural integration as well as advancing national unity through a landmark that showcases our engineering prowess and ingenious architecture, which we hope will contribute to the urban regeneration of KL.

“With the stadium being restored, it will be an opportunity to host sports events in a big way, especially for football clubs. Also, it is crucial to ensure the maintenance of the stadium.

“It is not easy for local footballers to be able to organise matches in stadiums and have access to a proper green field. So, this is a big step for the football community, too,” he continues.

“We envisage the whole area becoming a green precinct. Apart from its original form, there will also be water features on the site. The scenic parks can be closed for private events and will be able to cater for a bigger crowd. It is encouraging that we have already received many enquiries to use the site even though it has been closed off for now because of construction.” Addressing a misconception some years ago that the site would be demolished to make way for Merdeka 118, Ahmad Zulqarnain says, “It is the exact opposite. We are lovingly restoring it to its original state and we would like to make it available to all Malaysians. PNB is conserving the two historic landmarks (Stadium Merdeka and Stadium Negara) and is committed to ensuring they are preserved for future generations.”

He adds that there will be functional open spaces for yoga and cycling studios, pop-up events and pop-up restaurants, among others.

“Apart from the stadium, the parks by Merdeka 118 will also be public spaces. Also on the site will be Look at 118 — a smallish building that will contain a lookout point and a café, with unobstructed views of Merdeka 118. There will be a textile museum in the building, featuring the Malay historical world, which will be a demonstration of — no pun intended — the fabric of Malaysia.”

The group is confident that the Stadium Merdeka site will be a popular spot when it opens its doors next year. “We anticipate the newly renovated stadium to be a success and to see heavy traffic. After that, we hope to put all our energy and resources into Stadium Negara.”