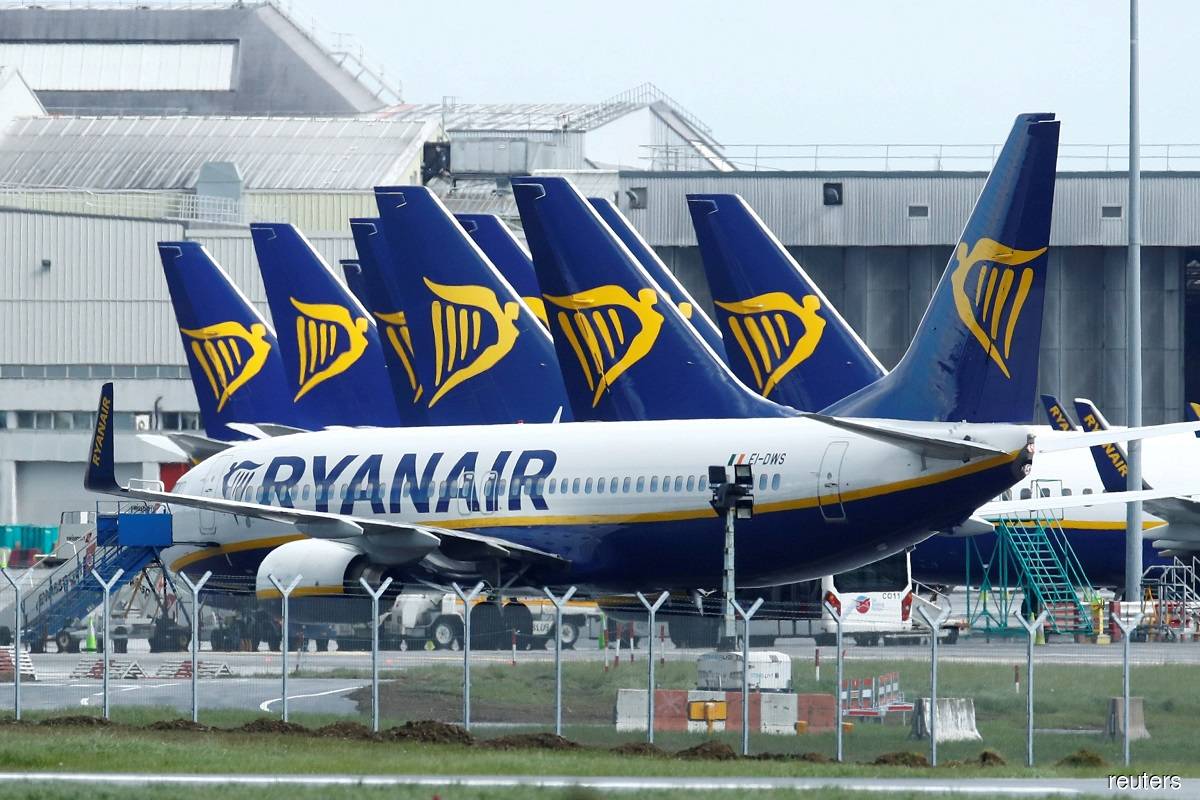 DUBLIN (Sept 6): Boeing faces a stand-off with one of its biggest customers after Ireland's Ryanair said it had ended talks over a purchase of 737 MAX 10 jets worth tens of billions of dollars due to differences over price.

The rare decision to go public over big-ticket airplane negotiations comes after months of wrangling that had already delayed a deal for the largest version of the 737 MAX when Ryanair reordered a smaller model in December.

A large new Ryanair order would provide a boost to the US plane-maker as it rebuilds confidence in the MAX, grounded for 20 months until November after two fatal crashes. It would also speed a tentative industry recovery from the Covid-19 pandemic.

Europe's largest budget carrier is already the region's largest MAX customer with 210 of the 197-seat MAX 8-200 on order. It has dangled a fresh order potentially worth US$33 billion at list prices for up to 250 of the 230-seat MAX 10.

Even after steep industry-wide discounts, such a deal would still be worth well over US$10 billion, analysts estimated.

But last week, Ryanair group chief executive Michael O'Leary poured cold water on chances of a quick deal, saying he would be surprised if agreement was reached this year.

On Monday, he said talks had collapsed.

"We are disappointed we couldn't reach agreement," O'Leary said. "However, Boeing has a more optimistic outlook on aircraft pricing than we do, and we have a disciplined track record of not paying high prices for aircraft."

"Ryanair is a long-standing partner. We value their business and are committed to supporting them," a Boeing spokesperson said. "At the same time, we continue to be disciplined and make decisions that make sense for our customers and our company."

Ryanair shares rose 1.8%. US markets, where Boeing is listed, were closed for the Labor Day holiday.

While Ryanair has nominally ended talks, analysts said it is gambling that public pressure will lure Boeing to the table with an improved offer as the plane-maker juggles the fallout from the MAX crisis, uncertainty over Covid-19, and industrial woes.

Boeing, however, appears to believe the market is finally moving in its direction after winning a series of orders including 150 MAX 10 from United Airlines.

Industry experts said Ryanair is one of two budget kingpins alongside Southwest that can insist on best prices from Boeing.

The spread of Covid-19 variants and public acceptance of the MAX will help determine whether prices have further room to fall or whether Ryanair, one the industry's toughest negotiators, has missed the bottom of the market for the largest MAX model.

"MAX values have increased very slightly as inventory declines," said Rob Morris, chief consultant at Ascend by Cirium. "We are hearing less about some of the low prices."

The MAX 10 has yet to enter service but estimated values for the slightly smaller MAX 9 have risen 2% recently, though are still 9%-10% below levels before the MAX crisis, he said.

Despite the rift with Boeing, O'Leary has repeatedly played down the prospect of a dramatic defection to rival Airbus due to a long waiting list for its hot-selling A321neo. The two companies have had tense relations in the past.

On Monday, O'Leary did however pointedly refer to the fact that other Boeing customers had done deals with Airbus.

Britain's Jet2 last week closed a deal for 36 A321neo aircraft worth about US$4.9 billion. Delta, which buys from both suppliers, in August added 30 A321neo to its order book with Airbus.

Still, industry sources said Airbus may be wary of diluting what it sees as a price advantage for its A321neo by getting dragged into a price war over Ryanair that few expect it to win.

"It is likely Boeing and Ryanair will eventually cut a deal," one industry veteran said.