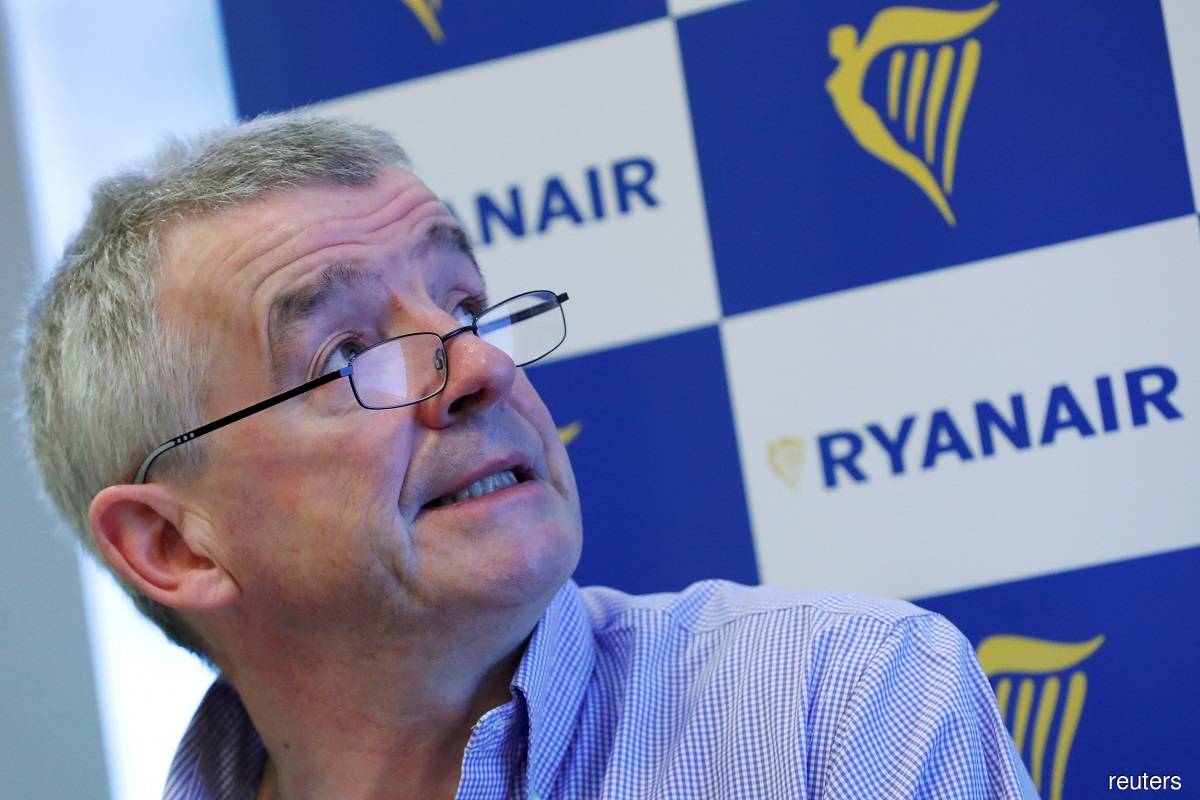 ROME (Sept 8): Ryanair is willing to wait years for Boeing to drop its prices before placing a big new plane order with the US firm, chief executive officer (CEO) Michael O'Leary told Reuters, while he also downplayed the chance of a deal with rival Airbus.

The Irish airline, one of Boeing's biggest customers, said on Monday it had ended talks over a new order of 737 MAX 10 jets worth tens of billions of dollars after the budget carrier said the prices on offer were too high.

"We're not wasting any time on those MAX 10 discussions nor will we for a period of two, four, six, eight, 10 years until we get to the next crisis," O'Leary said in an interview.

"The talks can always be restarted, but only when Boeing realise they need to price competitively," he said.

Europe's largest budget carrier is already the region's largest MAX customer with 210 of the 197-seat MAX 8-200 on order. It has dangled a fresh order potentially worth US$33 billion at list prices for up to 250 of the 230-seat MAX 10.

The rare decision to go public over big-ticket plane negotiations comes after months of wrangling that had already delayed a deal for the largest version of the 737 MAX.

A large new Ryanair order would have provided a boost to the US plane-maker as it rebuilds confidence in the MAX, an aircraft which was grounded for 20 months until November after two fatal crashes.

It would also speed a tentative industry recovery from the Covid-19 pandemic.

When asked if Ryanair might consider Boeing's rival Airbus in the medium term, O'Leary said the airline would but that his "Plan B" was to wait for MAX prices to fall rather than turn to Airbus.