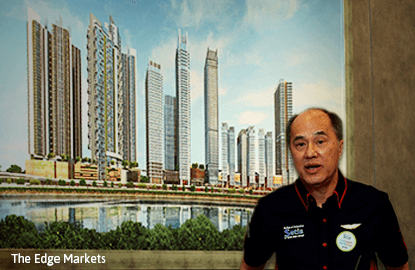 KUALA LUMPUR (Nov 9): S P Setia Bhd, the country's biggest listed property developer by sales, will launch a serviced apartment project worth RM500 million at its KL Eco City development in the middle of next year.

S P Setia acting deputy president and chief operation officer Datuk Wong Tuck Wai said the serviced apartments will be located next to a hotel within the project.

To date, the group has launched RM3 billion worth of properties in KL Eco City, which include a 35-storey strata office tower with a gross development value (GDV) of about RM306 million.

Wong told reporters after the strata office tower topping out ceremony today that the office suites are already 100% sold, and it is one of seven office towers and boutique offices planned for the KL Eco City development.

It will officially open its doors and handed over to purchasers by July 2016.

It will be one of the largest integrated mixed commercial and residential developments in Malaysia, with 7.5 million sq ft gross floor area and total GDV of RM7 billion.