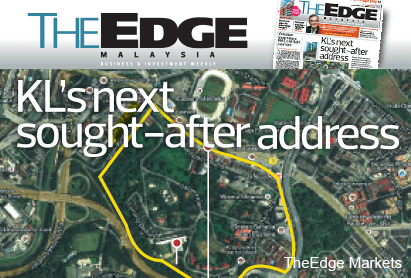 KUALA LUMPUR (Jan 17): Salcon Bhd and Bina Puri Holdings Bhd are among early movers capitalising on the transformation of the Kampung Attap enclave, where real estate values are seen gaining on the planned RM5 billion Menara Warisan Merdeka (KL118) nearby.

This is because the emergence of the 118-storey KL118 is seen replicating the success story of the Kuala Lumpur City Centre (KLCC), where the iconic Petronas Twin Towers are located.

"Sleepy Kampung Attap is expected to be nudged out of its slumber as property developments in the area begin to boom, driven by the upcoming Menara Warisan Merdeka or KL118 nearby, which will be Malaysia’s tallest tower.

"Experts say this building will one day be akin to the Petronas Twin Towers and emerge as a catalyst for its surrounding areas," Edge Weekly said. State-owned fund manager Permodalan Nasional Bhd (PNB) is the owner of the KL118 project.

“Menara Warisan Merdeka will be another iconic development, not only for Kuala Lumpur but also for Malaysia. We expect it to have the same effect (that) KLCC has on the surrounding properties,” Leong said.

Bina Puri (fundamental score: 0.15; valuation score: 1.8) is capitalising on cheaper land in the Kampung Attap area versus those in the KLCC enclave.

For a better understanding on the Kampung Attap transformation and other developers involved, kindly pick up and read the latest issue of the Edge Weekly.