Samsung leader Lee pleads guilty to unlawful use of sedative 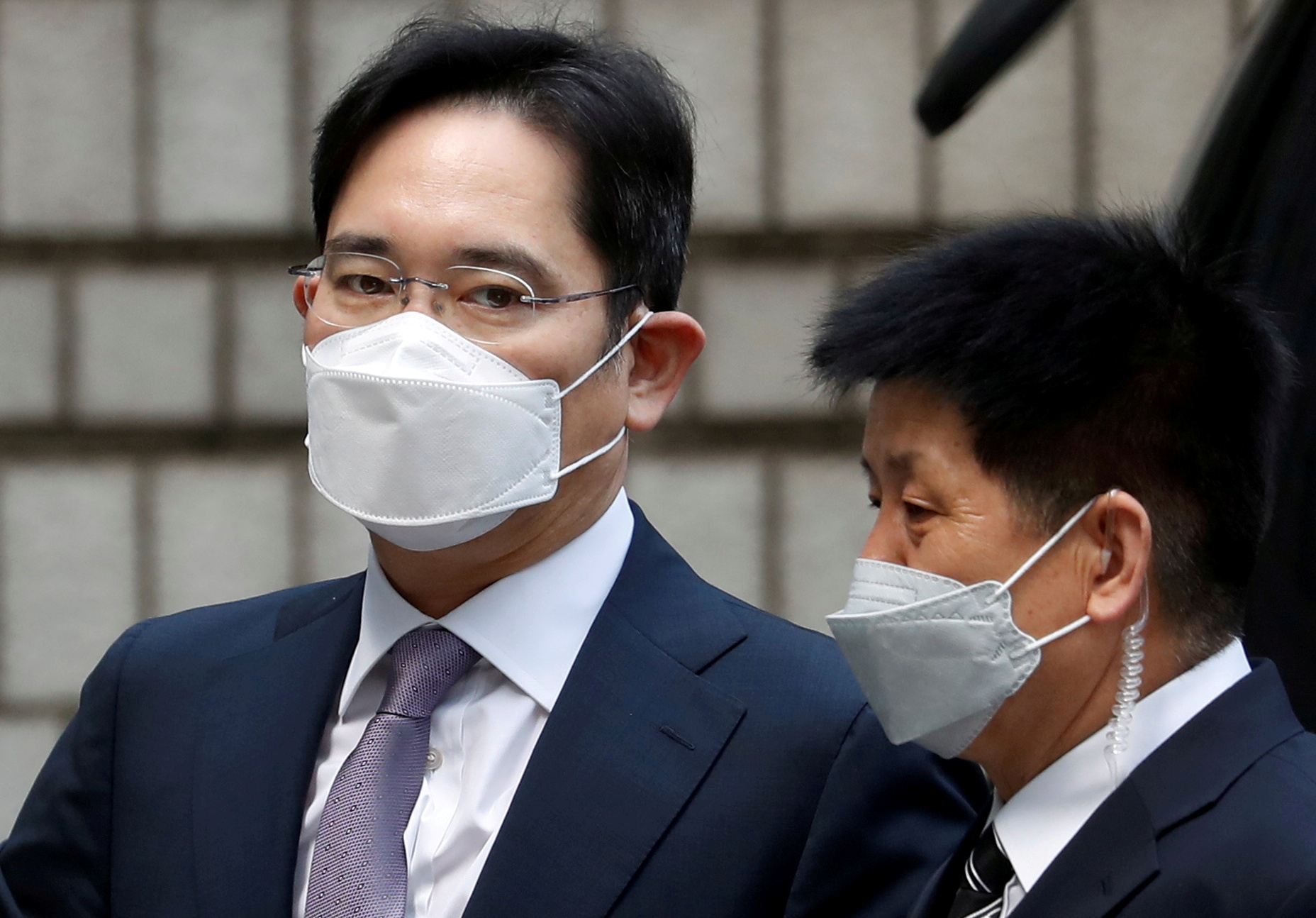 SEOUL (Oct 12): Samsung conglomerate chief Jay Y Lee pleaded guilty in court on Tuesday to a charge of unlawful use of a controlled substance, as legal woes continue to haunt the executive even after his release on parole in August following a bribery conviction.

Lee's release had raised market watchers' expectations of a flurry of major decisions at crown jewel Samsung Electronics Co Ltd and its affiliates, including the location of a US$17 billion chip factory being planned in the United States.

But Lee's legal troubles continued on Tuesday at the Seoul Central District Court where, in a short first hearing on the matter, Lee said he received propofol — a sedative used in anaesthesia — 41 times from 2015 through 2020.

Prosecutors said that the use was under the guise of skin treatment or unrelated to a legitimate treatment.

"This matter originated as for treatment, but I am deeply regretful," Lee said. "I will... make sure that this does not happen again," Lee told the small court of about 15 people.

He said he had not used the drug since his August release.

Lee originally sought treatment due to psychological pressure since his father's 2014 hospitalisation, which intensified with the subsequent graft scandal and trial that led to his January conviction, his lawyer said.

Under South Korean law, the recipient of a controlled substance deemed to have been administered illegally is liable for prosecution, as well as those who administered the drug.

Staff at a clinic where Lee received the sedative, who are being tried separately, have denied wrongdoing.

Prosecutors were first made aware of the matter in 2020 but were advised to drop their investigation in March 2021 by an independent panel reviewing prosecution probes. They continued to seek a fine as recently as June before another police report of sedative use led the court to order a hearing.

As propofol is less likely to be misused than many other controlled substances, many similar cases of unlawful use have resulted in fines rather than jail terms.

Lee was convicted in January of bribery and embezzlement and sentenced to 30 months in jail — including a year served before his sentencing. He was paroled in August, with the presidential office calling for public understanding, citing hope that he will help the country produce "semiconductors and vaccines".

After his release, Samsung said it would invest 240 trillion won in the next three years in fields such as chips and biopharmaceuticals. Lee himself has kept a low profile.

Lee is simultaneously on trial accused of stock-price manipulation and accounting fraud related to the US$8 billion merger of two Samsung firms in 2015, with hearings held weekly.