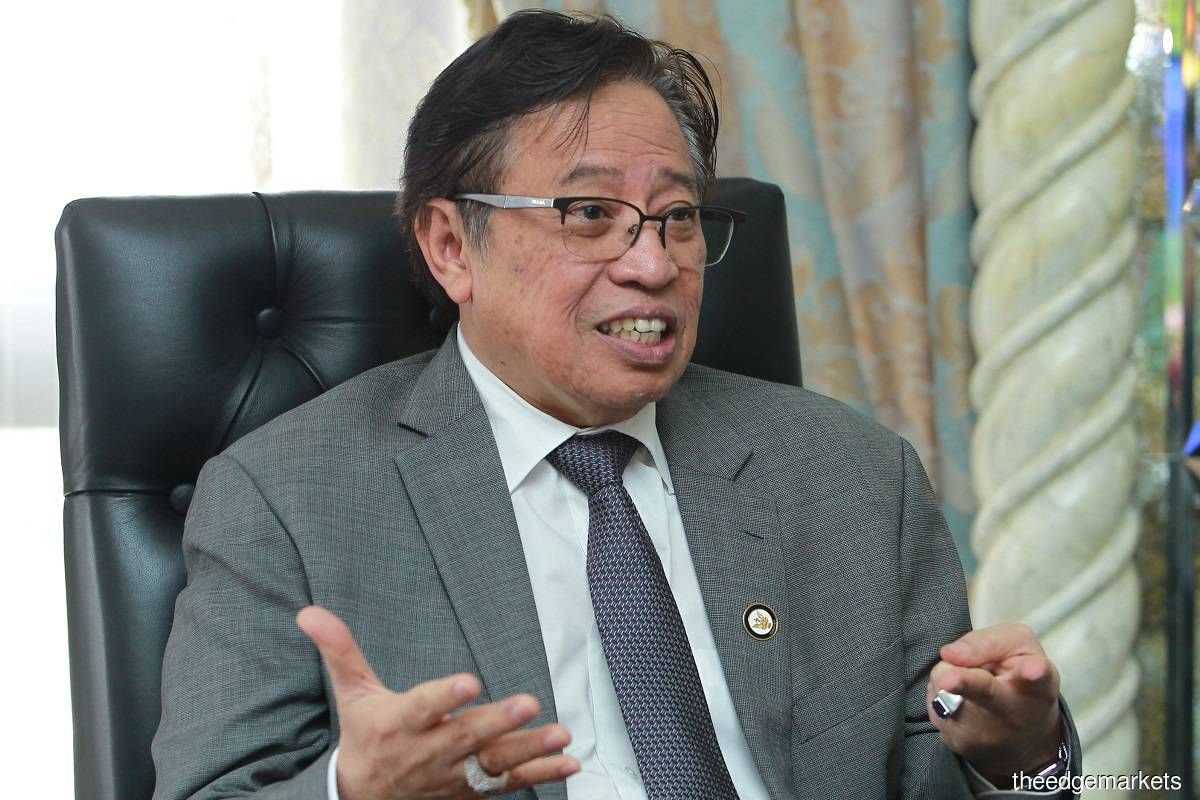 KUCHING (Dec 8): Gabungan Parti Sarawak (GPS) on Wednesday night launched its manifesto for the upcoming 12th Sarawak State election that outlines 34 pledges and initiatives that the coalition will fulfill if it succeeds in forming the next State government.

Its chairman, Tan Sri Abang Johari Tun Openg, who is also the Chief Minister of Sarawak, when launching the manifesto gave his commitment to continue implementing more initiatives to ensure further progress, prosperity and glory in the State and the well-being of all Sarawakians

“The GPS manifesto is very comprehensive and will champion Sarawak’s rights, guarantee the rights of the people and protect their welfare and build Sarawak’s future.

“GPS has laid solid foundations to develop Sarawak towards becoming a high-income and prosperous State by 2030,” Abang Johari, who is also the president of Parti Pesaka Bumiputera Bersatu (PBB), said in his speech.

Abang Johari said various initiatives had been planned and were being implemented to make Sarawak prosperous, and for its people to enjoy economic prosperity and inclusive social development in a sustainable environment, driven by data and innovation.

He said GPS’ ability to implement various development programmes for the benefit of the people clearly demonstrated that the party had a strong and prudent administrative machinery, as well as a good, transparent and trustworthy financial governance system.

Among the pledges listed in its manifesto include ensuring Sarawak’s political stability and autonomy as well as safeguarding and protecting Sarawak’s rights in accordance with the Federal Constitution, the Malaysia Agreement 1963 (MA63), the Sarawak Constitution and the laws of Sarawak

The coalition also promises to strengthen the Native Court of Sarawak; assist and accelerate the process to obtain citizenship for eligible Sarawakians; reduce income disparity through the creation of more job opportunities and provide more affordable housing.

GPS is also committed to guaranteeing equal rights for all Sarawakians; recognising and guaranteeing people's rights to Native Customary Rights (NCR) Land and Native Territorial Domain (NTD), and propelling Sarawak towards being a high income and developed State by 2030.

GPS is contesting all 82 seats in the State election and will be featuring 24 new faces.