Science and Innovation: The business case for blockchain technology 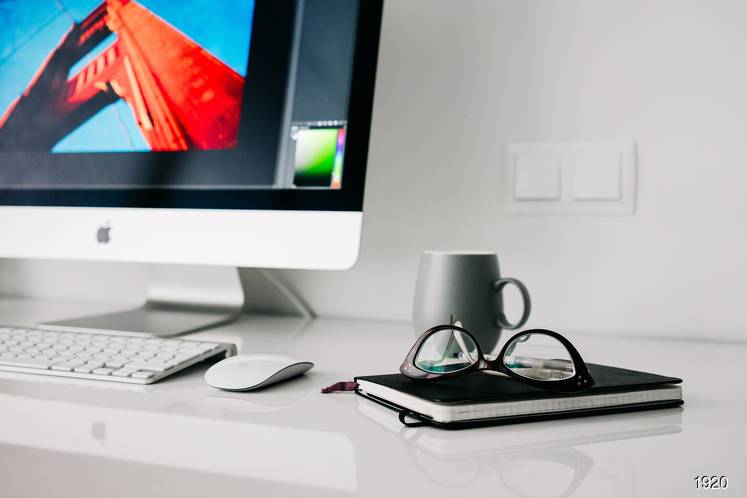 Cryptocurrencies may have hogged the technology headlines in recent months, but really, bitcoin, ethereum and the like are the low-hanging fruit. Cryptocurrency is just one — and the most obvious — application of the underlying technology: blockchain.

For many business owners in Malaysia, the term “blockchain technology” brings to mind that once equally esoteric bit of technology: the cloud.

As with the cloud, it will only be a matter of time before businesses are aware of the potential of blockchain technology. A blockchain is a digital ledger containing almost any kind of information — it could be transactions, contracts, assets, identities — anything that can be stored in a digital format.

The beauty of blockchain is that all members must collectively validate any updates and amendments. These updates are then stored on each individual ledger, which creates an easily verifiable trail of transactions.

What makes blockchain technology particularly disruptive is it does not require a third party acting as a trusted authority or intermediary such as a stock exchange regulator or registrar of companies, as well as all manner of expensive legal and accounting requirements and standard procedures.

Thanks to the hyper-transparent nature of these digital ledgers, individual parties no longer need to even establish “trust” in the traditional sense before they contract with one another.

A more advanced application of blockchain technology, decentralised autonomous organisations (DAOs), are computer programmes operating on a peer-to-peer network. It is to all intents and purposes a blockchain community, but with added layers of complexity, including a variety of governance and decision-making rules, referred to as “smart contracts”.

It is helpful to think of DAOs as digital companies whose articles of associations, constitution, and bylaws are written entirely in the form of smart contracts.

Like any company, a DAO can take in investment dollars. Investors provide cryptocurrencies to a DAO in exchange for a digital “token”. A token is akin to a shareholder’s vote. The more money you invest, the more tokens you get, and the more votes you control.

With these tokens, investors can vote on any number of governance issues, but crucially, they also exert significant control over how a DAO utilises its resources.

After getting consensus from other token holders within the network, a DAO can be programmed to operate autonomously. Alternatively, it could be programmed to act only with direct, real-time control by human operators.

These smart contracts are quite simply “automated business relationships”, according to Christoph Burger, senior lecturer at the European School of Management and Technology (ESMT) Berlin.

Enterprise spoke to him on the sidelines of the ESMT Alumni gathering in Petaling Jaya, organised by local human capital development solutions provider K-Pintar Sdn Bhd.

“Let us agree, for example, that I will sell excess electricity from my solar panels to you, and in return I get ‘x’ amount of money.

“Thanks to smart sensors attached to my solar panels (which are in turn connected to the blockchain community), the exact amount of electricity gets transferred to your house, at exactly the price we agreed would be reflected in the smart contract, and at the exact moment the transfer is completed, the money (in the form of cryptocurrency) is transferred from your cryptocurrency wallet to mine.”

Having said that, the regulatory environment in Malaysia is well behind the innovation curve. Malaysian law, and indeed many other jurisdictions, have not yet recognised DAOs as legal entities. For the moment, it is uncertain if DAOs will be able to conduct business in the country. This could be circumvented by simply incorporating a company through the usual routes, and then proceeding to operate exclusively via a DAO. In any event, Malaysian regulators are silent on this issue.

So long as the parties contract with one another in accordance with that community’s pre-agreed terms and conditions, the digital ledger will record the exchange and execute fund transfers in the form of the community’s chosen cryptocurrency. With blockchain technology, good faith and clean hands are now digital cogs built into the growing blockchain machine.

As a concept, blockchain technology is quite foolproof. That isn’t to say risks don’t exist.

For one, blockchain technology, and DAOs in particular, are very much a work in progress. And the technology’s greatest asset — the so-called “wisdom of the crowd” — can be a pretty big hindrance.

The level of collectivism required can quickly became a sticking point, especially when nobody is able to agree on just what to do with the resources parked under the DAO. Really, it could be months or even years before consensus is achieved.

On a more fundamental level, what if there is a fatal flaw in the underlying code on one of the hundreds of smart contracts that make up a DAO? Worse still, what if that DAO is sitting on hundreds of millions of dollars in cryptocurrency?

This isn’t speculation. The first ever DAO, aptly christened “The DAO”, is simultaneously famous and notorious for two things. The first was that it became the biggest crowdfunding exercise to date, amassing more than US$150 million over a 28-day funding period. The second was that, due to a flaw in one of the smart contracts, thieves were able to make off with US$50 million before it was plugged. The heist put paid to The DAO, and the first great experiment in corporate digital collectivism ended in ignominy.

Also, as is the case with all kinds of early stage technologies, businesses risk getting caught by legislative updates further down the line. DAOs have been called the “Wild West” for good reason: these are lawless, neolibetarian and highly insular digital communities, populated by many thousands of anonymous IP addresses.

It is quite reasonable to expect that at some point, international regulators will intervene to protect investors and DAOs alike. The key question for a business is this: do you adopt a high-risk, high-reward approach and set up a DAO with which to transact, or should you wait for regulators to step in, thereby limiting potentially lucrative opportunities?