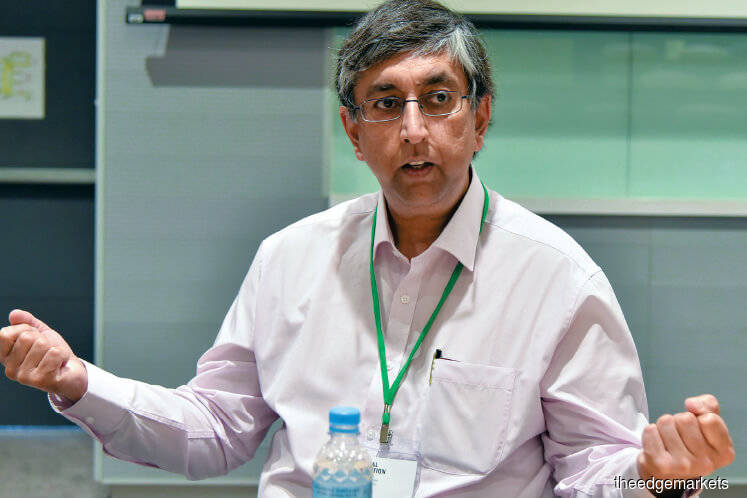 The thing I worry about the most is duplication and wastage. Across the world, there are many academics, biotech firms and pharma companies working in parallel and in secret on the same target and idea. > Bountra

The lack of collaboration between academia and the pharmaceutical industry has slowed the rate at which new and effective drugs are discovered. In fact, drug discovery is currently inefficient, risky, costly and slow, according to Chas Bountra, professor of translational medicine at the University of Oxford’s Nuffield Department of Medicine.

“Innovation is an overused word. Everybody in the industry and academia wants it. But we have not had a new drug for Alzheimer’s since 2002 and we have not had a truly novel antibiotic since 1984,” Bountra said at the 2nd Cambridge-Oxford-Sunway Biomedical Symposium last year.

“Steve Hyman, probably one of the world’s most famous psychiatrists at Harvard University, reckons we have not really come up with a truly novel drug for psychiatric diseases for probably three or four decades. In 2014, 44 drugs were approved by the US Food and Drug Administration and only 39% of those were novel. In 2015, 51 drugs were approved and again, only 39% were novel.”

The need for new cures is increasingly critical as more people are afflicted with diseases such as cancer and dementia. “In the UK, in the next 12 months, 350,000 people will be diagnosed with cancer. That is 1,000 people every day — one person every 90 seconds. In the next 12 months, 14 million people across the planet will be diagnosed with cancer,” says Bountra.

Many of the drugs brought to market are ineffective. Referring to a 2014 analysis that looked at all the drugs available for treating solid tumors, Bountra says only 30 of the 71 drugs had clinically meaningful efficacy or effect.

“In 2014, Forbes did an analysis where they looked at a number of the large pharmaceutical companies. They looked at how much money they spent on R&D over a finite period. They looked to see how many drugs were launched during that period. They divided one number by the other and came up with the average cost of a new drug,” he says.

“In that analysis, AstraZeneca’s average cost of a new drug was US$11.5 billion. Even the average cost of Amgen, which came out best in the analysis, was US$3.5 billion. That is unsustainable and many of these drugs are not completely new. They were new formulations or variant of an existing drug. What we need is more novel drugs.”

Other than the scientific challenge of finding new cures, organisational challenges in academia, biotech firms and pharmaceutical companies have hampered the progress of translating research into new drugs, says Bountra. “The thing I worry about the most is duplication and wastage. Across the world, there are many academics, biotech firms and pharma companies working in parallel and in secret on the same target and idea. They spend the next six or seven years coming up with a proprietary molecule and when they take it to patients, the failure rate is more than 80%.

“Most of our ideas in the lab do not translate into the clinic. History tells us the attrition rate in the second phase of efficacy studies is 80% or 90%. So, if there are 20 companies working on the same thing, and one of them fails, the other 19 will fail as well. That is a waste of money and people’s careers.”

The way to spur more innovation in drug discovery and cures is to encourage transparency and collaboration between academia and industry players. Bountra says pharmaceutical companies are better at performing large-scale clinical studies and marketing, but academics can take more risks and have more access to patient material. The combination of strengths will ease the pathway for new discoveries.

Bountra is part of the Structural Genomics Consortium — a public-private partnership between academics from global universities and 13 organisations ranging from foundations to pharmaceutical companies. The SGC brings together all parties to work on proteins that can become drug targets and shares the information publicly, which allows other academicians or companies to create novel treatments using the drug targets.

“All of these reagents are essentially starting points for drug discovery. We give them away freely to anybody in academia, biotech and pharma because I believe that is the best thing I can do to accelerate science and drug discovery,” says Bountra.

Some of the SGC’s novel proteins have been written about in hundreds of publications and researched by other scientists globally. One scientist was even able to develop a technology that could treat cancer.

“In 2011, James Bradner managed to secure US$15 million in venture capital funding to set up a biotech firm in Boston called Tensha Therapeutics, which basically took this target into the clinic. In January last year, Roche bought the firm for US$535 million. So, we have also enabled the creation of new companies and jobs,” says Bountra.

He is currently working on a programme that can identify new genes that could be future drug targets for inflammation, cancer and neuroscientific as well as metabolic diseases. He and his colleagues at Oxford have also set up a programme called BioEscalator to encourage students, academics and entrepreneurs to commercialise bioscience and medical research. It will serve as a centre for academic researchers to interact with the bioscience industry.