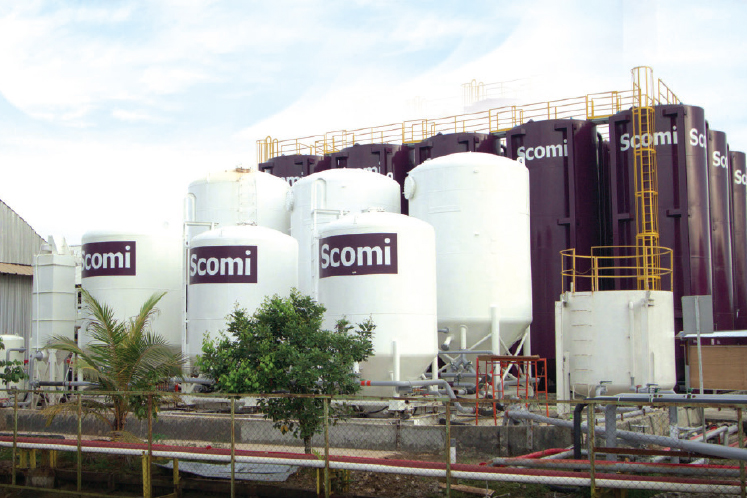 *The title of this article has been amended for accuracy*

KUALA LUMPUR (Feb 18): Scomi Group Bhd has been granted an ad-interim injunction by the High Court of Malaya here that restrains Gelombang Global Sdn Bhd (GGSB), the private investment vehicle of Datuk Mohd Zakhir Siddiqy, from dealing with a block of 423.96 million Scomi Energy Services Bhd shares in any manner.

The group announced to the stock exchange today that the ad-interim injunction was granted yesterday.

The injunction put in place will restrain GGSB and its related agents from disposing of, transferring, selling, charging, pledging or dealing in any manner or otherwise with the 423.96 million Scomi Energy shares, which represent an 18.1% equity stake.

It will also restrict GGSB from appointing any directors or exercising any voting rights in respect of the shares, the filing showed.

It should be noted that Scomi Energy announced on Monday that Mohd Zakhir, formerly Renong Bhd's managing director, had emerged as its substantial shareholder with an 18.1% stake following an off-market trade of the shares on Friday to GGSB. GGSB is a wholly-owned unit of United Flagship Sdn Bhd, which in turn has Mohd Zakhir as its sole shareholder.

For perspective, Scomi Group had pledged 37.2% of its Scomi Energy stake for RM42 million loans from businessman Tan Sri Wan Azmi Wan Hamzah and GGSB. The duo lent RM21 million each — for a period of six months — to the financially ailing company to ease its tight cash flow.

The loan came two months after Scomi Group announced its restructuring plan, which is expected to raise up to RM214 million via a rights issue to recapitalise the company. But Scomi Group subsequently defaulted on the loan repayments last month. Consequently, the lenders wanted to take over the shares pledged to cover their losses.

However, last Thursday, Scomi Group obtained an interim injunction to stop the share transfer. It also applied for restraining orders against the two parties to stop them from terminating the irrevocable undertaking in relation to the proposed rights issue. The injunction came one day before the duo wanted to transfer the shares.

While Zakhir had still managed to transfer the shares, The Edge Financial Daily reported today that Wan Azmi had halted the share transfer on receiving notification of the injunction.

Scomi shares closed unchanged at 3.5 sen today, while Scomi Energy was last traded half a sen lower at 5.5 sen.