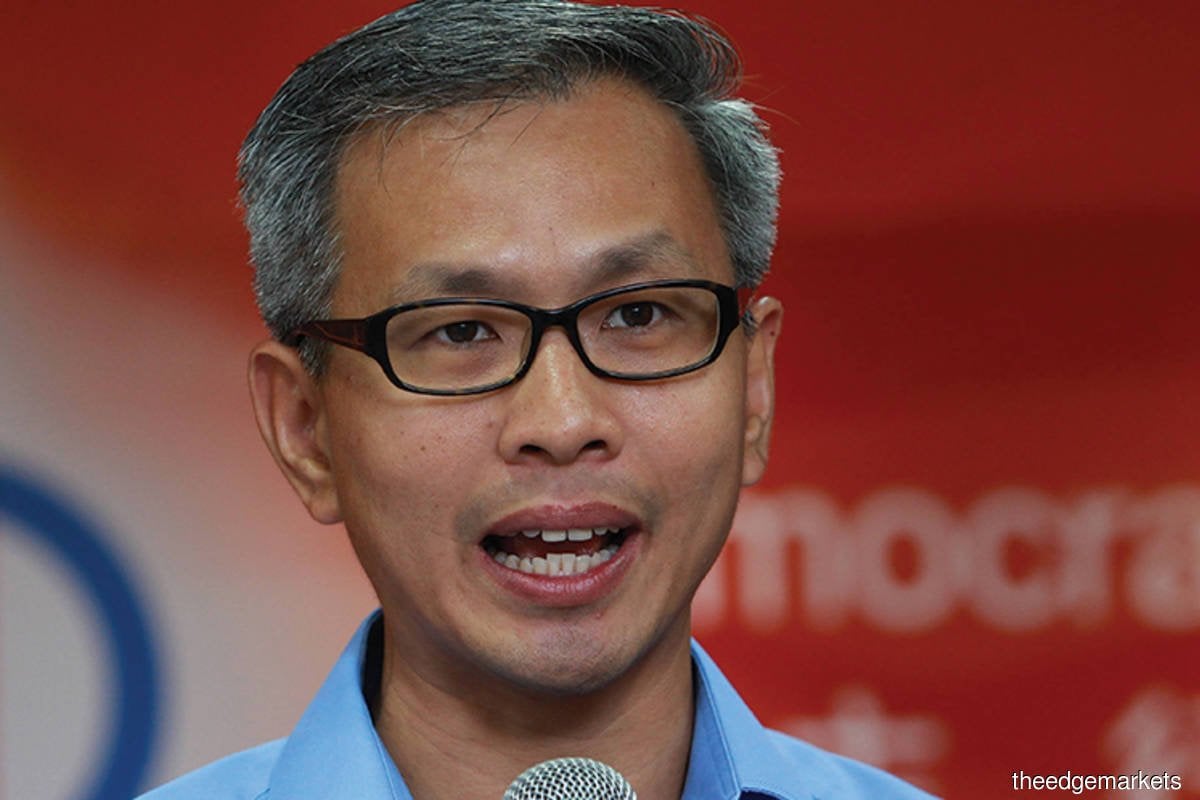 (Sept 13): We missed the boat with Muhyiddin. And as a consequence, allowed UMNO to take over PM-ship.

Thankfully, we have the second bite of the cherry, albeit one which isn’t as sweet, with Ismail Sabri.

I’m glad that good political sense prevailed and the MOU on ‘Transformation & Political Stability’, which is effectively a confidence, supply and reform agreement, was signed this afternoon.

The biggest winners are the rakyat. We succeeded in convincing the new PM to implement much needed landmark reforms. These reforms come attached with a clear time-table of implementation, to be completed by the first sitting of next year (2022).

Sdr Kit Siang first moved a private member’s bill for a Anti-Hopping Act on 21 March 1978 to protect the integrity of the Parliament. More than 40 years later, and after Langkah Sheraton made a complete mockery of the 2018 people’s mandate, we will finally see such an Act passed in the House to end the shameful practice of political frogs.

Other reforms and policies are no less important - limiting the term of a PM to 10 years, a raft of major parliamentary reforms that will grant the Parliament some real teeth, a RM45 billion financial allocation to assist Malaysians and businesses fight COVID-19 and rescue the economy and the implementation of UNDI 18.

With a razor thin majority, the Ismail Sabri govt has also decided to adopt a less adversarial approach with the Opposition role in Parliament.  In the past, even with the Muhyiddin govt, it was always a ‘winners take all’ position for the Govt, despite his tenuous hold on govt.

Now, the Opposition’s demands will be considered and incorporated into the Budget as well as any other bills the Govt intends to table in Parliament. This is in exchange for the Opposition to either support, or abstain from a vote on the respective bills, which can only be construed as a fair deal. If we are consulted and our key asks are included in the Budget, it will not be fair for us to ‘object’.

Similarly, if the consultation fails to take place and the views are not incorporated, the Opposition will be free to vote against the relevant bills.

In adopting this new policy, Ismail Sabri is learning from Muhyiddin's key mistake. He is not waiting for the last minute to offer the olive branch to the Opposition.

In doing so, by strengthening his position as the PM via the MOU, Ismail Sabri is now in a stronger position to push back any threats and demands by the UMNO court cluster and kleptocrats, led by Najib Razak and Zahid Hamidi, who is also UMNO President.  On the other hand, had the MOU not been signed, Ismail’s hand would have been weakened and he would have to give in to the demands of the kleptocrats.

With the MOU signed, we hope that Ismail Sabri will no longer have to heed the reported demands to appoint Najib Razak as the ‘economic advisor’ to the PM. More importantly, Ismail Sabri can no longer be pressured to take steps to influence judicial proceedings or the Attorney-General’s office to withdraw charges pending in the court cluster, including Najib and Zahid’s corruption trials.

I for one, certainly look forward to seeing both Najib and Zahid go to jail.

More interestingly, Ismail Sabri also does not need to entertain any demands from the Azmin Ali camp for the latter to be appointed DPM, as any threat by the Azmin Ali faction to destabilize the governing coalition will no longer be credible.

The MOU does not in any way mean that PH or even myself, support the Ismail Sabri UMNO-led administration. No way.

The MOU just means that the rakyat now will get some peace and stability to deal with COVID-19 and the economy, instead of being perpetually preoccupied with repeated attempts to power grab by any parties who claim to have a strong, formidable and convincing majority.

We will extract as much benefit for the people, and reforms to improve Malaysia’s democratic institutions, as possible under the MOU while we remain in Opposition.

But once the Parliament gets dissolved any time after July 2022, Pakatan Harapan will fight tooth and nail to have the people’s mandate returned to the rightful parties.

Tony Pua is DAP's national publicity secretary and the Member of Parliament for Damansara in Kuala Lumpur.