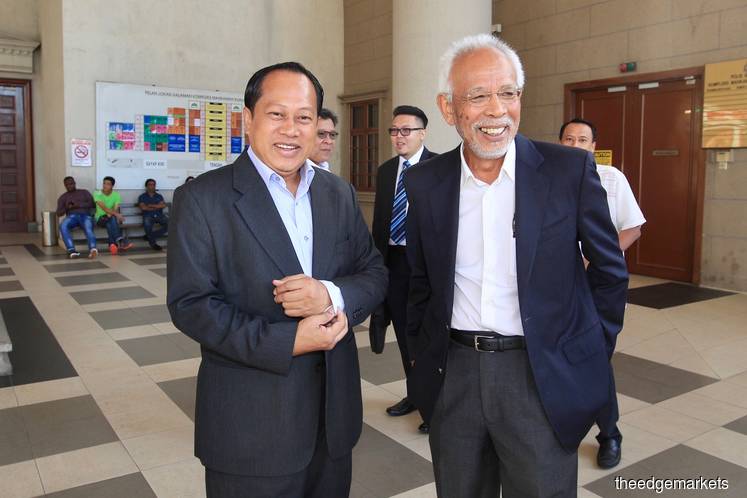 Justice Datuk Nordin Hassan denied leave for the three of them and 31 other applicants who are challenging the MACC notices issued to them last October.

"The actions by the MACC to issue a compound is considered part and parcel in a criminal proceeding and cannot be reviewed under judicial review by another court," the judge said in his brief grounds.

However, their lawyer led by Shahrul Fazli Kamarulzaman indicated that they received instructions to appeal today's decision.

It was previously reported that several individuals and entities are challenging the issuance of the notice and seek to quash it.

They sought a review to initiate a judicial review and wanted to obtain leave for the merits of their challenge to be heard.

On Oct 7, MACC chief commissioner Latheefa Koya at a press conference announced that the MACC was taking action on 80 individuals and entities that were said to have received money from 1MDB, through former prime minister Datuk Seri Najib Razak, and it was hoping to recover some RM420 million from the action.