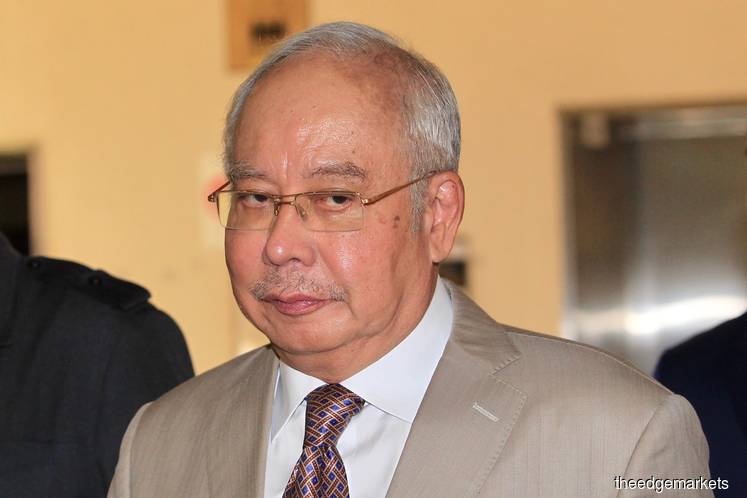 KUALA LUMPUR (Feb 25): Datuk Seri Najib Razak's lead counsel Tan Sri Muhammad Shafee Abdullah claimed that his client has been summoned to the Palace, after a party meeting at the Umno headquarters today.

During the SRC International Sdn Bhd trial today, Muhammad Shafee told Justice Mohd Nazlan Ghazali that the former premier has to be at the Palace.

"My client Datuk Seri Najib initially has been summoned to the Palace at 11am but it has been adjusted to another time soon after the meeting at the party's headquarters.

Najib is likely going to the Palace as part of the Umno delegation slated for an audience with the Agong today.

According to news reports, the presidents of Umno, PAS, Parti Pribumi Bersatu Malaysia (PPBM), Parti Warisan Sabah and Gabungan Parti Sarawak are meeting up today, ahead of their respective audiences with Sultan Abdullah Sultan Ahmad Shah.

The SRC trial adjourned before 10am today, given the circumstances.