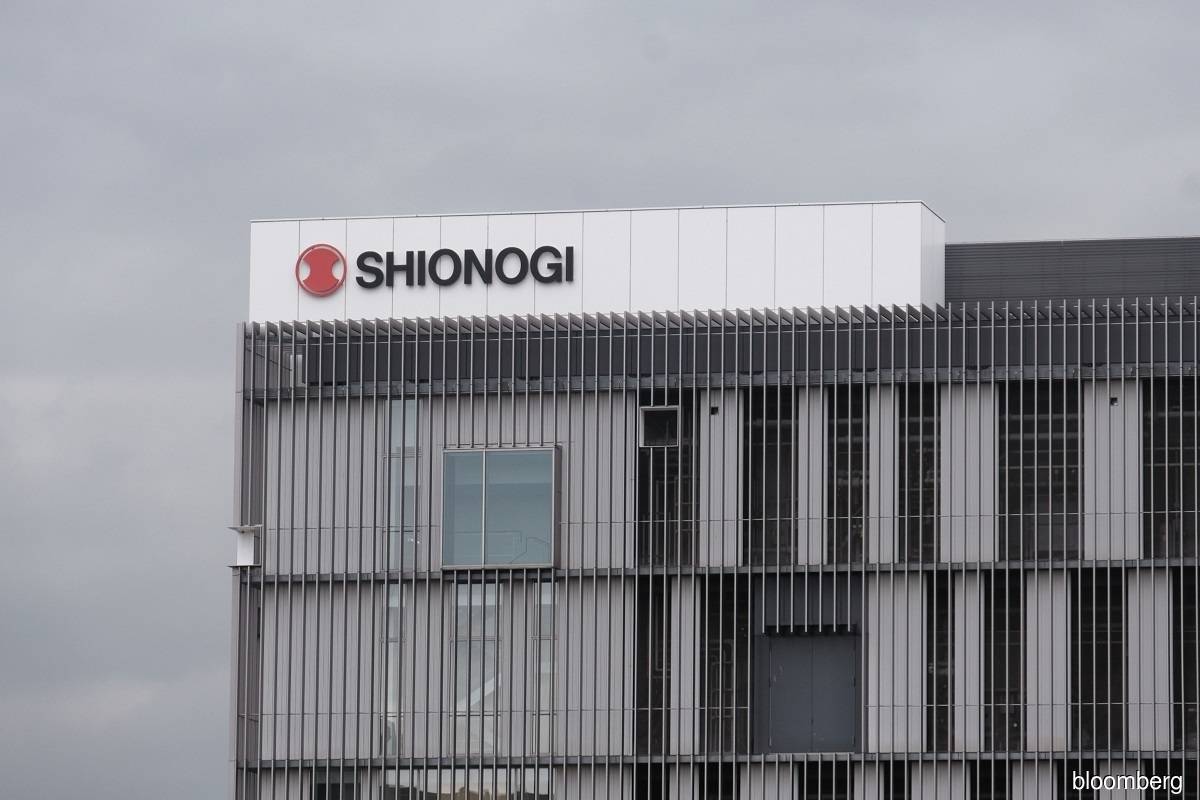 (Nov 22): Shionogi & Co's experimental Covid-19 treatment Xocova has won emergency approval in Japan, becoming the third oral treatment available in the country and the first to be developed locally.

Japan's health ministry authorised the emergency use of the therapy for Covid-19 patients aged 12 years and older after a panel of experts recommended the treatment, Health Minister Katsunobu Kato told reporters at a briefing on Tuesday. In September, Shionogi said patients given a low dose of Xocova saw their symptoms resolve 24 hours faster than those given a placebo in the late-stage study.

"Unlike oral drugs that have been approved so far, Xocova can be used among people with mild to moderate symptoms without risk factors," said Kato. "I expect it to contribute to fight against the coronavirus."

Before Xocova's nod, Japan had two pills to fight the coronavirus. Approval of the drug was being keenly watched as it is easier to take than the two currently available medications from US drug makers. A course of Shionogi's treatment consists of seven pills over five days — significantly fewer than Pfizer Inc's Paxlovid and Merck & Co's Lagevrio, which require between 30 pills and 40 pills over the same time frame.

Covid-19 pills are becoming a crucial disease-fighting tool as the world transitions to living with the virus and more people become weary of receiving additional vaccination shots. While about 80% completed the initial two inoculation doses, those who completed another course has fallen to a third of Japan's population as of Nov 18, according to the prime minister's office. The government started rolling out vaccines targeting the Omicron variant sold by Pfizer and Moderna in October.

Xocova faced the third panel review after it failed to win backing in July due to insufficient efficacy data. Most experts agreed that the medicine was presumed to be effective based on the additional data the company submitted, panel Chair Shigeru Ohta said on Tuesday.

The approval will give Japan a domestic supply of an antiviral medicine in one of the oldest nations in the world, which has also achieved one of the lowest death rates during the pandemic. Japan, which already agreed to buy enough medicine for a million people subject to approval, plans to make it available for patients from early December, Kato said. The health ministry will ensure its safe use as it cannot be used among pregnant women or in combination with certain medicines, he said.

The medicine is a protease inhibitor that works like Pfizer's Paxlovid and targets different part of the virus replication process than Merck's Lagevrio. It is possible that it could be used in combination with Merck's treatment, something the companies have discussed, Teshirogi has said.

The drug maker is also seeking opportunities to sell the medicine overseas and Shionogi is in talks with governments around the world, including the US, about selling its experimental antiviral pill.

It is running a phase-three trial in the US with the AIDS Clinical Trials Group, and has begun submitting data to regulators in China with its partner Ping An Life Insurance Co of China Ltd.