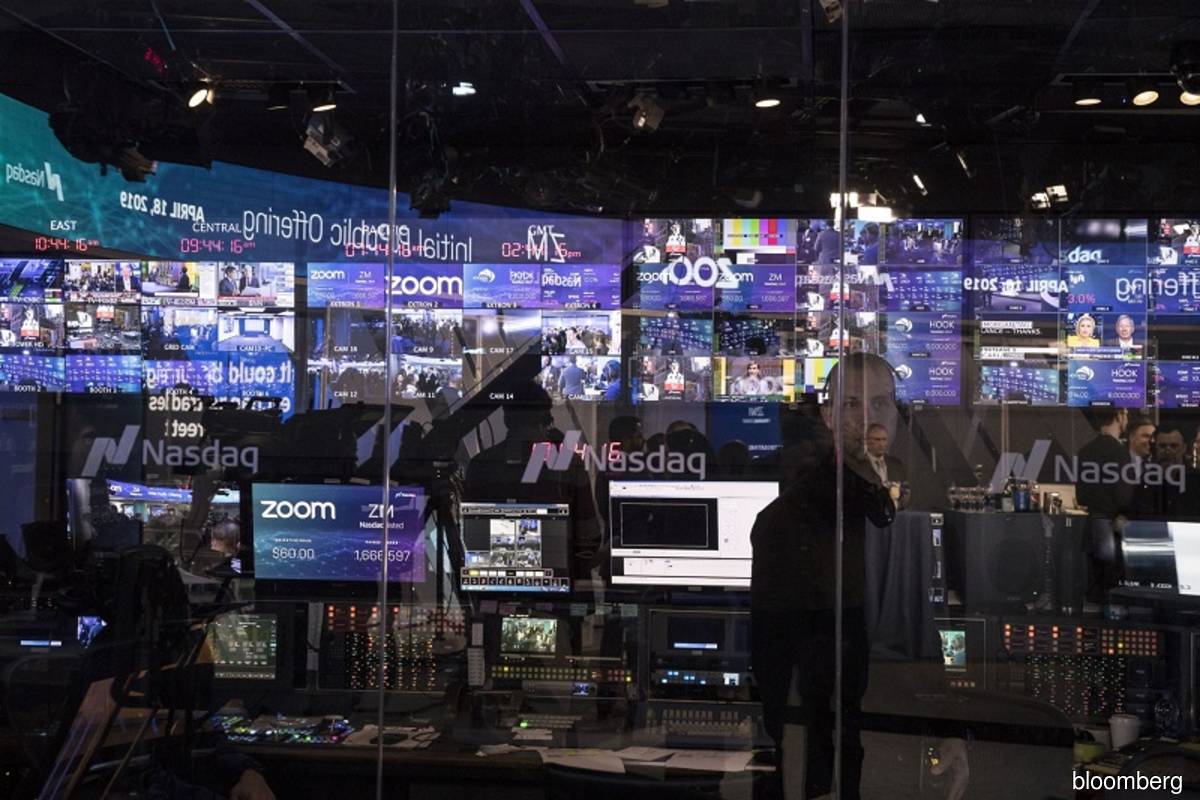 NEW YORK/BENGALURU (Oct 27): The tech-heavy Nasdaq rose on Wednesday after a robust forecast from Microsoft supported optimism about the third-quarter earnings season, while a decline in oil prices hurt shares of energy companies.

Microsoft Corp gained 3.9% to hit a record high after it guided a strong end to the calendar year, helped by its booming cloud business. Google-owner Alphabet Inc jumped 5.5%, after reporting a record quarterly profit on a surge in ad sales.

Their shares, coupled with other mega-cap growth names Amazon.com and Tesla Inc, provided the biggest boost to the Nasdaq index.

Communication services and consumer discretionary led gains among the 11 major S&P 500 sectoral indexes, while economy-sensitive energy and materials declined the most.

"Markets were in a lock-step higher and a lock-step lower phase and we now see signs of healthy markets with interest for individual companies based on their earnings rather than market wide moves right now," said Anthony Denier, chief executive officer of trading platform Webull.

"We see tech as a clear leader on strong earnings and due to supply chain and inflation issues affecting other sectors."

A largely upbeat earnings reports have helped drive the S&P 500 and the Dow to all-time highs this week, with market participants gauging how companies are navigating supply-chain bottlenecks, labour shortages and rising price pressures.

Profits for S&P 500 companies are expected to grow 37.6% year-on-year in the third quarter. Out of the 192 companies that have reported earnings, 82.8% have beaten analyst expectations, according to Refinitiv IBES data.

A move into the perceived safety of technology stocks was also triggered after some US Senate Democrats proposed taxing billionaires' unrealised gains from their assets, while concerns around interest rate-hike resurfaced ahead of the Federal Reserve's policy meeting next week.

Major lenders including Bank of America and JPMorgan slipped and the S&P 500 banks index dropped 1.8%, tracking a flattening US yield curve.

"The Fed cannot continue to ignore rising prices and they can say its transitory all they want but corporate guidance do not show that ... it is time for the Fed to stop printing money, begin tapering and raise rates," said Dennis Dick, a trader at Bright Trading LLC.

"Taxing unrealised gains is a spooky thing. We have a government that is not scared to tax and that effectively affects investor sentiment."