Sona buying Australia's Stag Oilfield for US$50m as its QA 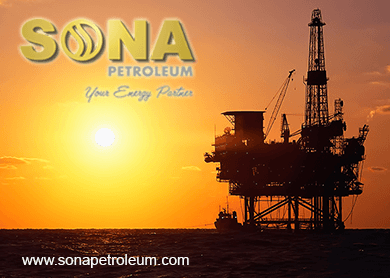 Sona Petroleum in June had  said it had scrapped its initial proposed QA, which was the acquisition of Salamander Energy Plc’s Thailand upstream oil and gas assets. The group had then said that it was confident of meeting its July 30, 2016 deadline to make a QA.

In a filing with Bursa Malaysia today, Sona Petroleum said its indirect wholly-owned subsidiary  Sona E&P (Perth) Pty Ltd (Sona Australia )will serve as the buyer, and Sona Petroleum as guarantor for the sale and purchase agreement with Quadrant Northwest Pty Ltd and Santos Offshore Pty Ltd, whom are the sellers.

The agreement entails Sona Australia acquiring 100% interest in the production license WA-15-L and pipeline license WA-6-PL and the associated assets, which are collectively known as the Stag Oilfield, along with the operatorship of the oilfield.

The Stag Oilfield is a producing oilfield located in the Dampier sub-basin of the Carnarvon Basin, offshore Western Australia and in a water depth of approximately 50 metres and approximately 60 kilometres  offshore.

It was discovered in 1993 and commenced production in 1998. As at June 30, 2015, the Stag Oilfield was producing oil with an average American Petroleum Institute gravity of 19 at the rate of 4,600 barrels  per day from 10 active wells.

Oil from the Stag Oilfield is produced from horizontal wells and processed through a fixed central production facility platform with 50,000 barrels per day capacity, where it is then transported by pipeline to the Floating Storage and Offloading Tanker (FSO) and loaded to shuttle tankers for shipment to North Asian customers

Quadrant is the current operator of the Stag Oilfield with a 33.33% interest while Santos holds the remaining 66.67% stake.

The completion of the agreement by March 31, 2016 is subject to approval from the Securities Commission Malaysia and the shareholders of Sona Petroleum for the acquisition, as well as notice of no objection from the Australian Foreign Investment Review Board.

The acquisition is also subject to Quadrant Energy Australia Ltd(QEAL) and Sona Australia having signed a transitional services agreement,  Dampier Spirit LLC having signed an assignment and assumption document in respect of the “Dampier Spirit” FSO contract with Sona Australia and QEAL, and the sale and purchase agreement being approved and registered as dealing under the Offshore Petroleum and  Greenhouse Gas Storage Act 2006.

Sona Petroleum said that the acquisition will be funded entirely in cash via its internal funds raised from the initial public offering (IPO) held under a trust account amounting to approximately RM525.6 million as at Oct 30, 2015.

The group is also proposing to utilise part of the IPO funds for the Infill Development of the Stag Oilfield. The drilling of infill production wells involves the addition of new wells to the existing fields within the original well patterns to accelerate recovery of oil.

Sona Petroleum has engaged the services of Gaffney,Cline & Associates (GCA), a multi-national energy consultancy company which is a wholly-owned subsidiary of Baker Hughes listed on the New York Stock Exchange to undertake an independent assessment of the reserves and resource estimation of the Stag Oilfield.

Sona shares were suspended from 9 a.m and will resume trade at 2.30 pm.