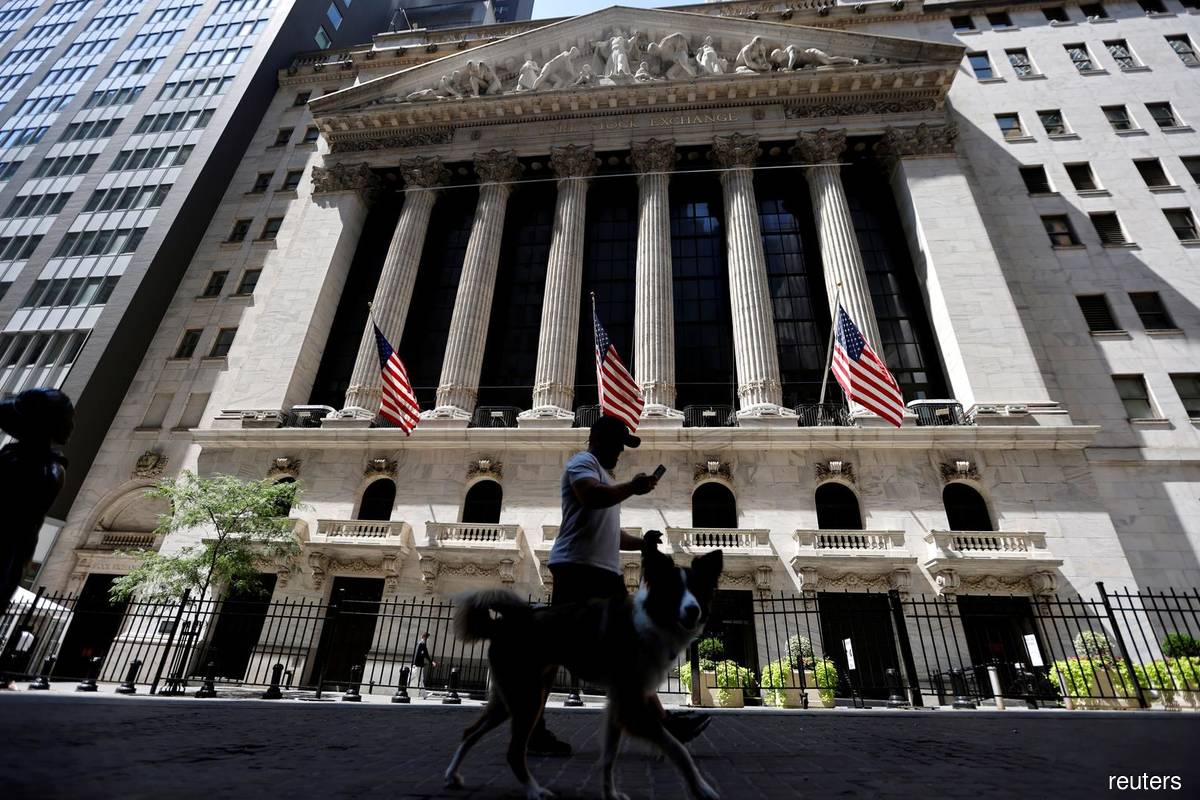 NEW YORK (Sept 17): The S&P 500 ended lower on Wednesday, reversing gains late in the day as losses in technology shares outweighed a Federal Reserve statement that stoked optimism it would keep U.S. interest rates near zero for a prolonged period.

The index initially extended gains and the Dow briefly rose more than 1% after the Fed kept rates near zero and promised in its policy statement to keep them near there until inflation is on track to "moderately exceed" the U.S. central bank's 2% target "for some time."

New economic projections showed most policymakers see interest rates on hold through at least 2023. But the market reversed direction heading into the close, with technology shares leading the way down on the S&P 500. The tech sector, which had been recovering from a sharp sell-off, fell 1.6% on the day, the biggest drag on the benchmark index.

The statement and comments by Fed Chair Jerome Powell were "even more dovish than the market expected," said Quincy Krosby, chief market strategist at Prudential Financial in Newark, New Jersey. "It telegraphed to the market that the Fed intends to remain accommodative."

Late losses likely followed declines in technology shares, she said. "What you're seeing is some profit-taking in the tech sector. That's where the selling is."

The central bank's two-day meeting was its first under a newly adopted framework that promises to shoot for inflation above 2% to make up for periods where it runs below that target.

On the plus side, FedEx Corp shares rose 5.8% after the package deliverer reported a bigger-than-expected quarterly profit, helped by price hikes and lower fuel costs.

Spotify Technology SA fell 1.3% after Apple Inc announced a bundled plan for all its services that lowered the cost of Apple Music subscriptions.

Advancing issues outnumbered declining ones on the NYSE by a 1.68-to-1 ratio; on Nasdaq, a 1.46-to-1 ratio favored advancers.

Volume on U.S. exchanges was 9.80 billion shares, compared with the 9.41 billion average for the full session over the last 20 trading days.