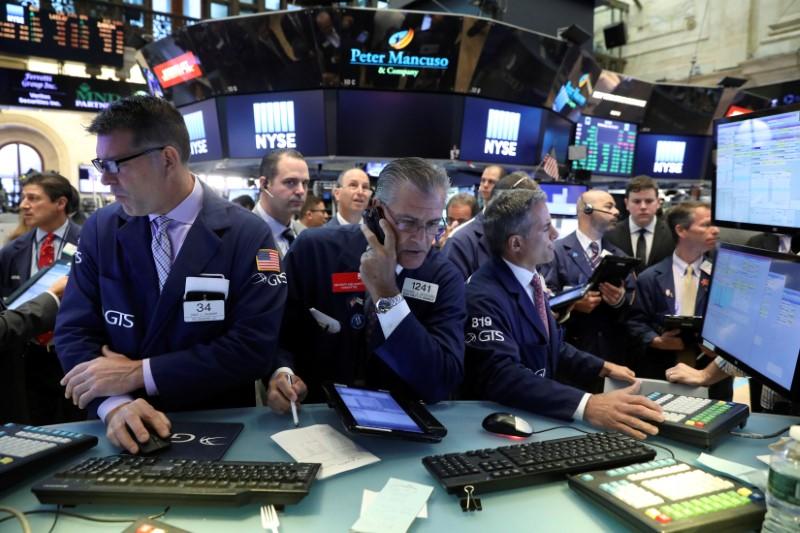 NEW YORK (Aug 13): Apple pushed the S&P 500 and Nasdaq higher on Thursday, with the benchmark index nearing an all-time high, as jobless claims fell below one million for the first time since efforts to curb the COVID-19 outbreak in the United States began five months ago.

The blue-chip Dow was weighed down by a 11.3 slump in Cisco Systems Inc after the company forecast first-quarter revenue and profit below estimates.

Initial claims for state unemployment benefits decreased to 963,000 for the week ended Aug 8, the lowest level since mid-March but the expiration of a US$600 weekly jobless supplement at the end of July likely contributed to the decline.

Data last week showed the economy has regained only 9.3 million jobs of the 22 million jobs lost between February and April, indicating that it faces a long road to reach pre-pandemic levels.

But Wall Street has recovered most of the trillions in market capitalization lost during the start of the pandemic and the tech-heavy Nasdaq was the first of the three major indexes to hit a record high in June. The Dow is about 5.6% below its February peak.

"Our take on a new high, if it happens, is that it's another reminder to investors how disconnected the stock market and the economy have been this year. The stocks have soared but economy – it's improved, yes – but a million initial claims is still not good," said Ryan Detrick, senior market strategist at LPL Financial in Charlotte, North Carolina.

Meanwhile, markets continued to hold on to hopes the Democrats and the White House would reach an agreement for a stimulus to help the economy recover. Unemployment benefits have been a sticking point in their talks.

The US presidential election is also expected to add another layer of uncertainty into markets, with roughly 12 weeks remaining until Election Day.

Consumer discretionary, technology and communication services were among the few advancing S&P sectors.

"The fact that interest rates are so low, people really have no place to put money," said Kevin Miller, chief investment officer of Minnesota-based E-Valuator Funds.

"A lot of the larger companies that make up the S&P 500 have a heavy cash position, they really have strong free cash flow, so it's a magnet for investor dollars."

AMC Entertainment Holdings Inc jumped 17% after the firm said it will start its first phase of reopening theaters in the United States from Aug 20, covering more than 100 venues.

Tapestry Inc fell 2.6% even as it beat quarterly sales estimates.

The S&P index recorded 13 new 52-week highs and no new low, while the Nasdaq recorded 53 new highs and 16 new lows.