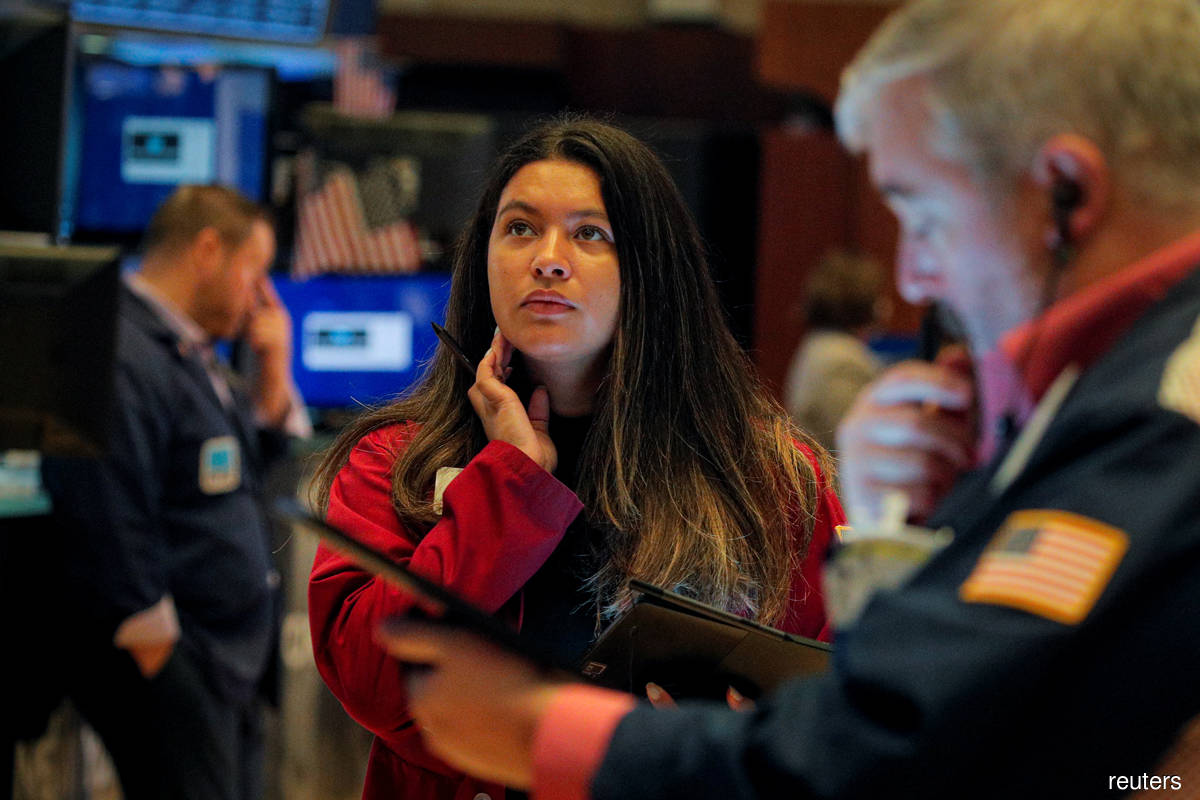 NEW YORK (Oct 15): The S&P 500 jumped on Thursday, its biggest daily percentage advance since early March, as companies including Morgan Stanley and UnitedHealth climbed following strong results, while data on the labor market and inflation soothed fears over the outlook for higher rates.

The technology sector jumped 2.3%, giving the S&P 500 its biggest boost, with shares of Microsoft Corp and Apple Inc rising.

Shares of Citigroup, Bank of America Corp and Morgan Stanley also gained after they topped quarterly earnings estimates. The rebounding economy allowed them to release more cash they had set aside for pandemic losses, while sizzling deals, equity financing and trading added to profits. The S&P bank index jumped 1.5%.

Data from recent inflation reports suggested COVID-driven price increases may have peaked. Still, Federal Reserve policymakers remain divided over inflation and what to do about it.

"Some of the things that worried the market in September, and even last week, as far as the inflation aspect and higher interest rates and the Delta variant, maybe have lessened," said Alan Lancz, president, Alan B. Lancz & Associates Inc., an investment advisory firm, based in Toledo, Ohio.

"Not that it's all over, but on a temporary scale at least, you can make a case for it trending in the right direction."

Gains were broad-based, with all but one S&P 500 sector rising more than 1%.

Shares of Moderna Inc ended up 3.2% after a panel of expert advisers to the U.S. Food and Drug Administration voted to recommend booster shots of its COVID-19 vaccine for Americans aged 65 and older and those at high risk of severe illness.

Walgreens Boots Alliance Inc jumped 7.4% after the drugstore chain reported fourth-quarter revenue and adjusted profit above estimates and forecast growth of 11% to 13% in the long term.

U.S. companies are expected to report strong profit growth for the third quarter, but investors have been keen to hear what they say about rising costs, labor shortages and supply problems.

Advancing issues outnumbered declining ones on the NYSE by a 3.58-to-1 ratio; on Nasdaq, a 1.97-to-1 ratio favored advancers.

Volume on U.S. exchanges was 9.26 billion shares, compared with the 10.8 billion average for the full session over the last 20 trading days.