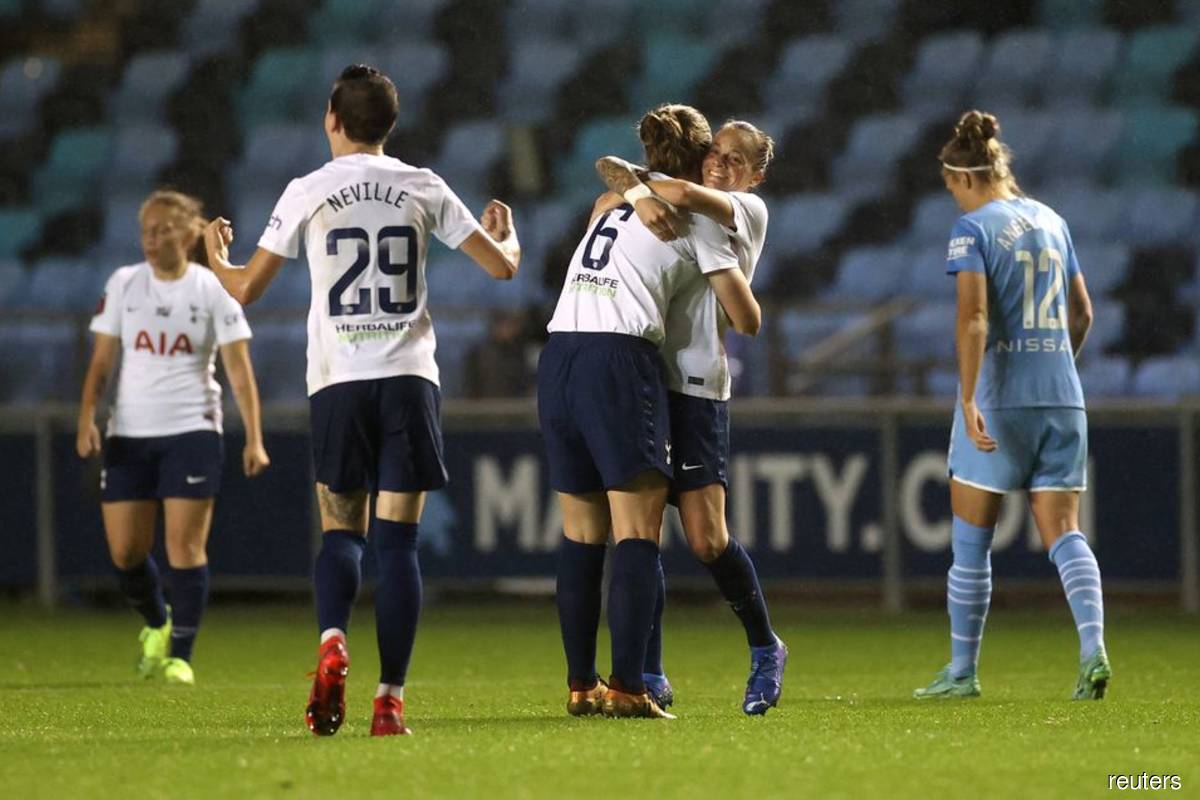 MANCHESTER, England (Sept 13): Tottenham Hotspur recovered from conceding an early goal to pull off a controversial 2-1 win at Manchester City in the FA Women's Super League on Sunday as Spurs player Rosella Ayane appeared to handle the ball in the build-up to the winning goal.

Unbeaten at home in the league last season, City went ahead through a Lauren Hemp header in the sixth minute and, with a relentless series of attacks down Tottenham's right flank, it looked to be a matter of time before they added to the tally.

Instead, Spurs got themselves back in the game against the run of play on the hour mark when Rachel Williams levelled with a first-time shot in the penalty area.

A fine display by keeper Rebecca Spencer kept the visitors in contention before an own goal by her opposite number Karima Benameur in the 86th sealed the win, with Ayane handling before the ball hit a post and bounced off Benameur into the net.

With a maximum six points from two games, Tottenham are fourth in the table behind Brighton & Hove Albion, Arsenal and Manchester United on goal difference, while Manchester City are seventh in the 12-team league on three points.