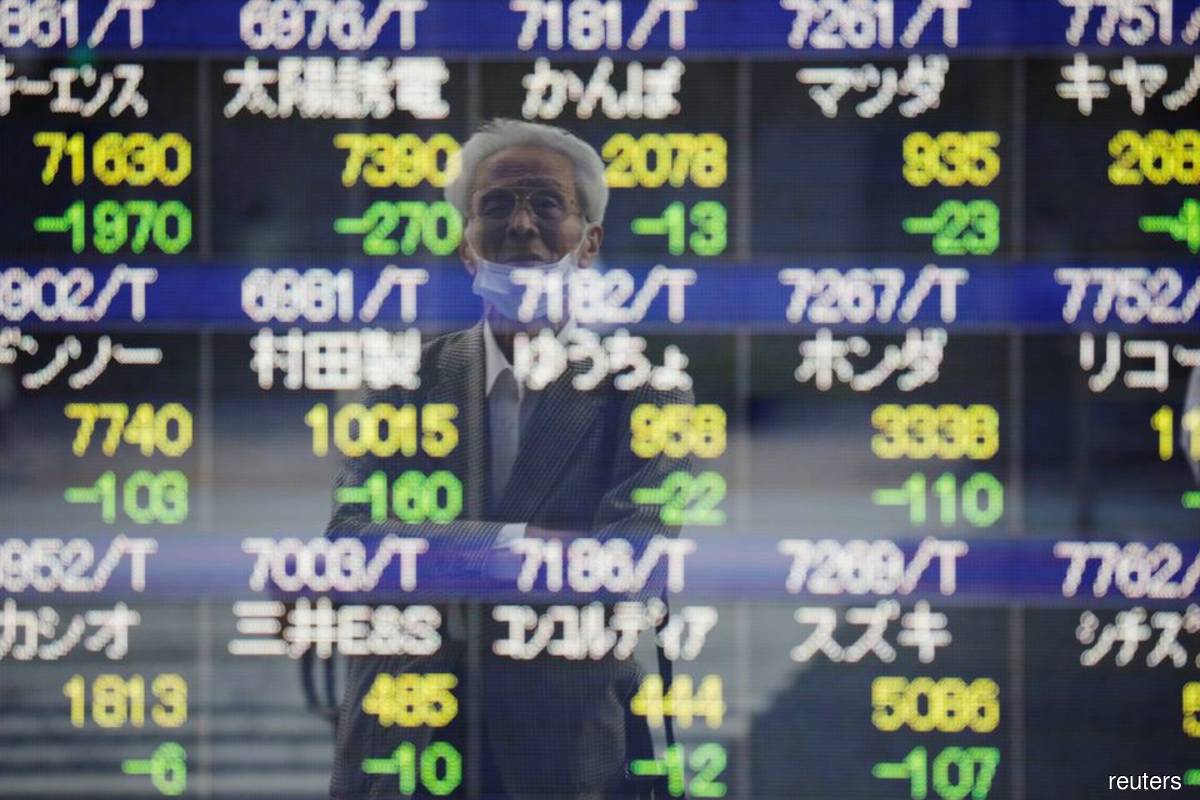 NEW YORK (Oct 13): U.S. shares slipped on Tuesday in choppy trade, as investors waited for businesses to report how rising prices have hit their latest earnings, while bond yields spiked and the dollar shone on bets that monetary policy will soon be tightened.

Indeed, two U.S. Federal Reserve policymakers said on Tuesday that the central bank has kept pace with a planned move to reduce its bond buying program, cementing expectations that the Fed will start withdrawing its crisis-era stimulus as soon as next month.

Soaring oil prices largely held on to recent gains, while U.S. stock indices vacillated repeatedly between modest gains and losses before a flurry of third-quarter bank earnings reports from Wall Street on Wednesday and Thursday.

After watching oil prices steadily gallop higher in the past 18 months, many investors now worry that rising prices are exacerbating supply bottlenecks, weighing on businesses and crimping economic growth.

Coal prices are at a record peak, and while gas prices are off recent highs, they remain four times higher in Europe than at the start of the year.

"We are in a sort of a holding pattern until we see the results," said Peter Kenny, founder of Kenny’s Commentary LLC and Strategic Board Solutions LLC in New York.

"We are seeing some downgrades on U.S. growth, and the impact on businesses will be the thing to watch."

With businesses hit by persistent supply chain disruptions and inflation pressures, the International Monetary Fund warned on Tuesday that the global economy's recovery from the COVID-19 pandemic is being constrained, and cut growth outlooks for the United States and other major industrial powers.

Given rising expectations that accelerating inflation will prompt central banks such as the Fed to rein in ultra-loose policies, benchmark bond yields rose in anticipation of tighter monetary conditions.

In keeping with concerns that soaring prices could crimp economic activity and prompt central banks to raise interest rates down the road, the yield curve flattened, and benchmark 10-year yields retreated to 1.5751%, from 1.605% late on Friday.

All those concerns, alongside rising Treasury yields, supported demand for the dollar. The dollar index stayed at one-year highs and stood near a three-year peak against the yen.

Gold, usually seen as a hedge against inflation, shone on Tuesday despite dollar strength.