The State of the Nation: Economic Report: Paying for Budget 2022 and beyond requires bold reforms on government revenue and expenses 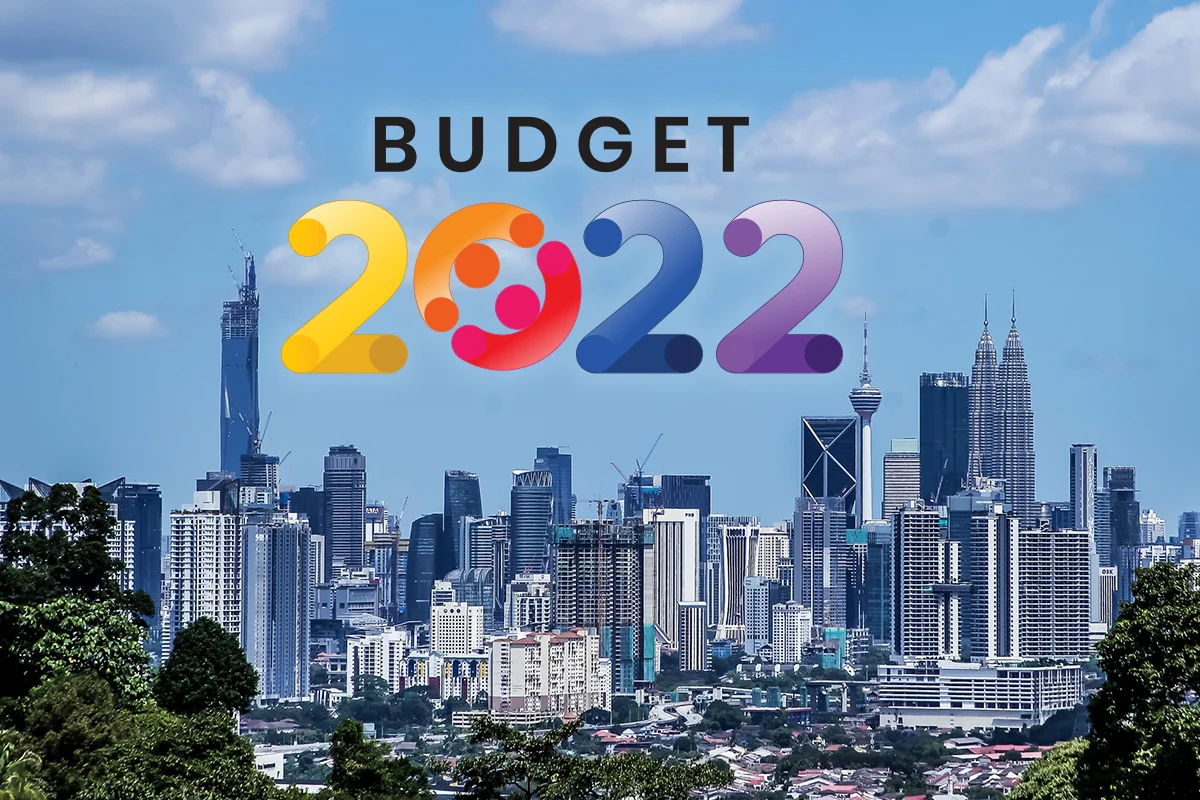 NOW that an expansionary Budget 2022 has been tabled, the work to pay for this budget and all future federal government budgets needs to be stepped up fast to ensure longer-term fiscal sustainability, alongside efforts to ensure Malaysia rebounds strongly from Covid-19.

An obvious conclusion is the reintroduction of a broad-based consumption tax as soon as practicable, be it the repealed Goods and Services Tax (GST) or value-added tax (VAT), which is described as “a more reliable consumption-based tax” in the 2022 Fiscal Outlook report when discussing a medium-term revenue strategy (MTRS) and reforms to correct the country’s narrow tax base.

To a question from The Edge as to how quickly GST could be reintroduced when the timing was right, Finance Minister Tengku Datuk Seri Zafrul Aziz said “six months” because GST was not scrapped but reduced to “zero” in June 2018 before being replaced with the Sales and Service Tax (SST) in September that year.

Zafrul was speaking to editors at an embargoed briefing in Putrajaya on Oct 28 ahead of the tabling of Budget 2022.  He added that tax leakages due to inefficiencies could be RM20 billion a year, a sum that would be a major boost for fiscal flexibility. More on this later.

At a glance, Budget 2022 checks several boxes in being expansionary and at a new record-size while meeting headline expectations for the fiscal deficit to be below that of 2021. The official 2022 GDP growth projection of 5.5% to 6.5% is also ahead of median consensus expectations of 5.6% and weighted average of 5.8%, according to Bloomberg data — figures that, if achieved, would help make up for the underwhelming rebound of only 3% to 4% expected for 2021 after the 4.5% GDP contraction last year.

At RM332.1 billion, or about one-fifth of the economy, Budget 2022 — which, as expected, contains no major tax revenue-enhancing measures next year, given the still-nascent economic recovery — will probably push federal government debt above the RM1 trillion threshold by the middle of next year (see “Why direct federal government debt exceeding RM1 tril by end-2022 would hasten need to broaden revenue” on Page 77). Investors’ and market reaction versus potential revenue impact from the proposed one-off “Cukai Makmur” (prosperity tax) of taxing profits above RM100 million at 33% instead of 24% for Year of Assessment 2022, however, would be of much interest — especially given that Zafrul had on several occasions spoken against having a windfall tax.

Because debt has to be repaid eventually, the introduction of new taxes to significantly bolster federal government revenue is inevitable over the medium term — unless overhead expenses can be cut significantly.

Already, more than 60% of the federal government’s annual revenue will go to pay its emolument, pension and debt service charges bill for a third straight year in 2022, data appended in the Fiscal Outlook 2022 report shows (see “68 sen of every RM1 earned goes to salaries, pension, debt service charges in 2021 and 2022” on Page 78).

More than 99% of federal government revenue covers regular operating expenses. The ratio rises above 110% if expenses under the special Covid-19 Fund are included. If it were not for allowances due to the Covid-19 regulations, the government would be able to borrow only for funding development expenditure and not operating expenditure. There are already red flags.

“Half of new loans [taken by the government] were used to pay loans that have matured when they should be paid with surplus revenue,” Auditor-General Datuk Nik Azman Nik Abdul Majid is reported to have told journalists on Oct 28 after presenting his report on the federal government’s 2020 financial statement.

Auditors’ findings include RM2.6 billion from the Development Fund being used for maintenance when it should come under operating expenditure in 2020, a year in which actual operating expenses of RM224.6 billion were 99.8% of actual federal government revenue.

The fiscal deficit — basically the shortfall in revenue relative to expenses — also grew to RM98.78 billion under the revised Budget 2021, even though the headline guidance of 6.5% of GDP is at the lower end of the range of 6.5% to 7% guided in the pre-budget statement.

Owing to the RM15.88 billion shortfall in projected and revised revenue for Budget 2021, the deficit grew RM12.65 billion, even though Budget 2021 ended up being RM7.82 billion smaller even after the allocation under the Covid-19 Fund more than doubled to RM39 billion, from RM17 billion.

So, while the government found a way to deliver yet another record-size annual budget for 2022 with a larger Covid-19 Fund, the ability to sustainably cover expenses will come into question if revenue reforms are not made. The speed of revenue reforms needs to be even faster if expenses continue to grow at the pace at which they have been growing the past decade.

Finance Minister Zafrul lamented to editors at the briefing in Putrajaya that easily 80% to 90% of operating expenses are “fixed”. This was in response to a question on the Budget 2022 size of RM332.1 billion being a mere 3% to 4% larger than the size of Budget 2021 (RM322.5 billion as tabled and RM320.6 billion, the revised estimate) instead of a lot more to spur recovery and growth post-Covid-19.

Touching on the country’s debt burden, Zafrul acknowledged the need to broaden the government’s revenue base. Finding the “right timing” to do so, however, was crucial.

He also agreed that subsidies needed to be more targeted. Yet, resistance to the repeal of blanket subsidies, including that for RON95 petrol, will no doubt be stronger when it gets more expensive for the government — another headache for policymakers even though higher oil prices are generally positive for Petronas and government coffers. Those tracking numbers would know that Budget 2021 was already larger than the RM314.8 billion indicated in the pre-budget statement released on Aug 31 this year that pencilled in the Covid-19 Fund at RM27 billion, owing to the old ceiling of RM65 billion, which was only just raised to RM110 billion in Parliament in October.

The higher ceiling also allowed the raising of the allocation ceiling for the Prihatin SME Grant, from RM2.4 billion to RM6 billion, of which more than RM4.9 billion had been disbursed as at end-August. Other significant ceiling increases include what was listed under “social assistance support to vulnerable groups” being raised to RM6.01 billion from only RM110 million, of which RM994 million, or 16.5%, had been utilised. The ceiling for Covid-19-related expenses was also raised, from RM5 billion to RM9 billion, of which RM2.62 billion had been utilised as at end-August (see table).

Citing the “squeeze” arising from smaller projections of government revenue as a percentage of GDP in the 2022-2024 Medium-Term Fiscal Framework (MTFF) and rising “fixed” expenses, DAP National Publicity Secretary and MP for Damansara Tony Pua, for one, reckons that Budget 2022 “failed to address, whether in terms of strategy or measures, an impending budget crisis that is set to befall the government within the next three to five years”.

“In simple terms, in future, the government will have less funds to spend, invest and influence the economic direction of the country,” Pua said in a statement dated Oct 29. “What then becomes a double whammy on the discretionary spending by the government is the accelerating increase in fixed payments and charges, as a percentage of total spend. This ‘fixed’ expenditure includes emoluments, retirement charges (pension), debt service charges, grants and transfers to state governments.” He noted that emolument and retirement charges alone formed 45.5% of operating expenditure in 2018 but will increase to 49% in 2022.

“It is now critical for the Ministry of Finance to address how they plan to avert the impending crisis, as the measures must be put in place today, and not before it is too late,” Pua said, noting that flexibility from excess budget allocation accorded by the Covid-19 Fund “will soon be limited or shut altogether”.

Difference between ceiling and budget

There is a headroom of about RM10 billion in the Covid-19 Fund, going by the amount spent in 2020 and what had been pencilled in for 2021 and 2022 at the time of writing and the new ceiling of RM110 billion.

An additional expenditure of RM10 billion, if entirely debt funded, would raise the fiscal deficit guidance of 6% of GDP for 2022 to 6.6% of GDP, back-of-the-envelope calculations show. That is just ahead of the revised fiscal deficit of 6.5% of GDP guided for 2021 in the report but at the lower end of the 6.5% to 7% of GDP widely expected by economists and guided in the pre-budget statement.

There is no denying the need for the government to spend to help people and businesses hit hard by the pandemic and ensure that the country’s economy can bounce back stronger as the world learns to live with Covid-19 as an endemic disease.

Yet, while debt in itself is not necessarily bad, to ensure long-term fiscal sustainability, there is a need to examine whether the current structure is the most productive use of capital available to fund the day-to-day running of the government. The obvious conclusion is that the government needs to find new ways to sustainably expand its revenue base as well as restructure its expenses to improve fiscal flexibility and be better positioned to face future headwinds.

In the 2022 Fiscal Outlook report, the government says a technical committee is currently formulating MTRS measures to be implemented in phases. The final report — which will comprise new tax measures and recommendations for better tax administration, supported by improved legal framework — “is scheduled to be endorsed by the government in 2022”.

To further widen its revenue base, the scope of the MTRS will also be extended to non-tax revenue in the next phase of implementation, the report says.

“Currently, the government is considering options to reduce the reliance on direct taxes and widen the revenue base by shifting to the consumption-based tax. The latter can be further improved by reviewing the taxation and tax rate scope of the existing SST. Alternatively, the government can opt for a more reliable consumption tax such as VAT, which will be able to mitigate the tax-cascading impact of SST, manage the cost of doing business and enhance compliance and transparency,” it says.

Without specifically saying VAT would be implemented, the report says the MTRS provides an opportunity for the government to reduce its dependency on petroleum-related sources and introduce revenue initiatives that support its sustainable development agenda. This may well include carbon taxes, even though this was not specifically mentioned.

For better tax administration, the report points to advanced economies such as Canada that have only a single revenue agency to collect and administer national revenue. “This approach has enabled better data integration, resource management and enforcement,” the report says.

Malaysia certainly needs that enhanced efficiency, not only to bolster revenue but also ensure that it can better target subsidies and broaden coverage of social protection.

As the report concludes, “it is time for Malaysia to undertake bold and effective reforms in its tax system and policy design comprehensively and inclusively” to rebuild fiscal space, enhance economic resilience and, ultimately, return the country to its fiscal consolidation path. “The reforms will also provide the government with the flexibility for countercyclical measures to support economic recovery post-crisis while ensuring fiscal sustainability in the longer term.”