The State of the Nation: How meaningful are Election Commission funding disclosures? 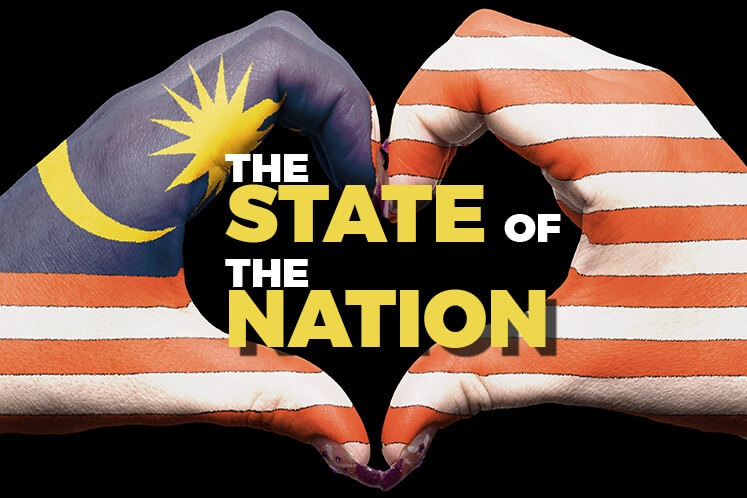 WHEN it comes to elections and the budget, the spotlight is often on the “goodies” to propel the feel-good atmosphere ahead of the polls. What is also worth looking at is the money that goes into preparing and executing a good and clean election.

Has it always cost this much to run a general election here?

Frankly speaking, we cannot really tell for certain but the simple answer would be “no”, going by disclosures in the Federal Government Expenditure reports issued annually by the Ministry of Finance. Here’s why.

The RM320 million allocated to the EC in 2018 was clearly spelt out in the Federal Government Expenditure 2018 (FGE 2018) report, but the RM82 million mentioned by the minister is not marked as clearly in the FGE 2017 report.

It is worth noting, however, that the EC was allocated RM82.074 million under the Supplementary Supply Bill (2017) Act 2018 for spending last year.

Tracking down the RM460 million that the minister said was given to the EC for GE13 is not as easy.

Yet, aren’t the disclosures in the FGE reports made so anyone can independently determine exactly how much is allocated to the EC and how the money is spent?

The additional allocation would have boosted the original allocation of RM45.34 million for 2012 to RM465.34 million, back-of-the-envelope calculations show — more than four times the actual spending for 2012 of RM95 million.

Then there is the RM461.15 million actually allocated for 2013 — which fortunately did not require any more funds from the supplementary budget tabled that year — but points to the need for better bookkeeping practices and disclosures.

We were not able to locate the allocation for the previous general election. However, it is worth noting that the total actual spending by the EC (including non-election-related spending) in the previous election years was a lot smaller.

The EC was also given an additional RM62.78 million under Supplementary Supply (2016) Act 2017, which would logically bring the 2016 original budgeted allocation for the EC from RM150.57 million to RM213.35 million. Instead, FGE 2018 shows actual expenses for the EC at only RM141 million — so what happens to the additional money that is not spent? Is it returned to the Treasury for reallocation or is the amount carried forward for use next year?

At the time of writing, the EC was not immediately reachable for clarification on the cost of the previous elections and details of how it spends its allocation.

In reply to questions by opposition members of parliament on the rationale of the EC’s GE13 expenses, Minister in the Prime Minister’s Department Datuk Seri Shahidan Kassim reportedly told the Dewan Rakyat in 2013 that the EC’s expenses included a RM204.1 million token payment for workers, RM98.47 million for vehicle rentals, ICT equipment and lease line, RM5.08 million overtime payments and RM92.35 million other expenses. Money was also spent on souvenirs such as pens, caps, T-shirts and umbrellas for EC staff and election workers.

According to news reports, there were 235,000 people on the EC’s payroll for GE13, including law enforcement officers and guides at polling stations.

For GE14, the EC ordered 100,000 bottles (60 ml each) of indelible ink, worth RM4.8 million, from a manufacturer in India, according to local news reports, citing the Deccan Herald newspaper. The batch of indelible ink ordered for the last election reportedly cost RM7 million.

In 2004, RM500,000 was earmarked for election petition court fees but the actual spending cannot immediately be determined from disclosures in the FGE reports.

There was also RM500,000 earmarked for redelineation in 2005, but the actual spending on the exercise is unknown as a breakdown is provided only for allocations (excluding any extras from subsequent supplementary budgets) but only a headline figure is provided on the total actual spending in the FGE reports. Details should also be provided as soon as is practicable in the name of transparency.

As Malaysian businesses and voters prepare for the first mid-week polls since independence (polling day was on Monday in 1995 and 1999), the other figure worth noting is the RM600 million cost in terms of forgone daily wage bill that the Malaysian Employers Federation executive director Datuk Shamsuddin Bardan estimates for an additional public holiday.